You are here: Home1 / Post-COVID-19 economic diplomacy for small states

Small states, which make up more than half of the world’s population, employ various tactics and strategies to best position themselves for economic development and political influence in today’s globalised, multi-polar, and competitive environment.

The diplomat is at the centre of it all.

Promoting a country’s economic interests overseas is one of the diplomat’s key obligations, which is shared with a variety of other parties. Other parties involved in this process include individual commercial operators or firms (some of which may be international organisations) and representatives from sectoral entities, such as several ministries and other official commercial bodies.

Successful economic diplomacy entails the creation and promotion of policies governing the production, transportation, and exchange of goods, services, investments, money, and information, as well as the laws that govern these activities. Due to their population and economic limits, small states make various strategic decisions in different parts of the world.

As a result, diplomacy’s primary role, as part of a wider team effort, is to assist in the creation of the most favourable international environment for the promotion and pursuit of the country’s economic interests and progress. This includes putting the country in a position to benefit from the participation in significant multilateral or regional dialogues or processes, as well as the establishment and maintenance of the legal and institutional infrastructures essential for bilateral partnership development.

All this took place under normal conditions. Then the COVID-19 pandemic surfaced. 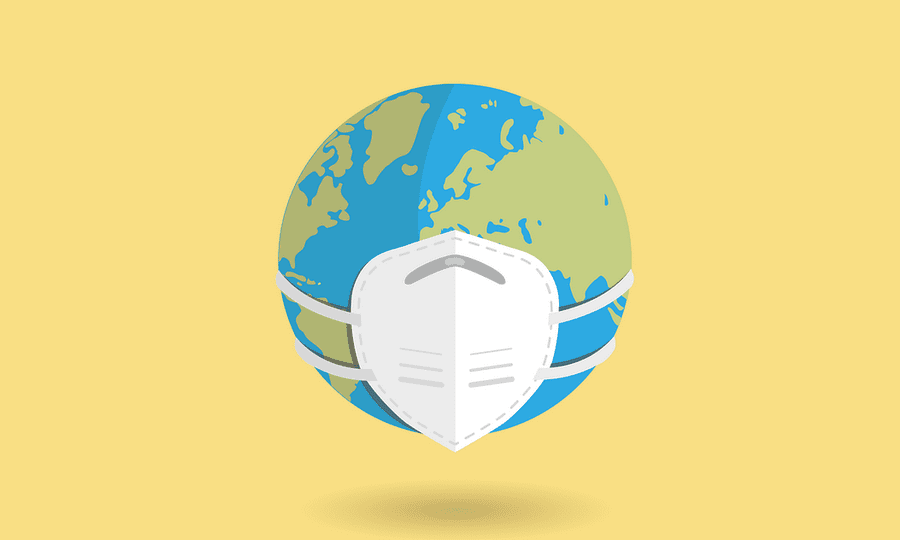 The COVID-19 pandemic has emerged as one of the world’s biggest current issues, with consistently high fatality rates. The virus has gone beyond a health disaster, with massive repercussions for international ties, affecting both political and economic matters. Throughout the pandemic, countries, including the most industrialised, have acted swiftly and mercilessly to meet their own rising and changing demands.

Because of the imminent forecast for the pandemic’s impact, it is important to consider how governments have handled economic growth forecasts in the past. Despite impressive efforts by governments to halt the downward economic spiral through fiscal and monetary policy support, as well as austerity, most forecasts estimate a global growth deceleration from 5.5% in 2021 to 4.1% in 2022, and 3.2% in 2023 (future projections could also see a downward spiral following the sombre developments after Russia’s movements into Ukraine).

Experts are concerned that the current trend could weaken free trade foundations, either temporarily or permanently. The pandemic has exacerbated a number of economic difficulties, including:

How can small states counteract?

Protectionism vs growth through fiscal policies

One option is to protect the economy from international market shocks by pursuing an inward-looking growth strategy. Numerous examples of protectionist policies have demonstrated that they merely help to foster inefficiencies, which negate the original goals for which they were enacted.

Another option is to pursue growth that is fuelled by fiscal policy, such as more spending or lower taxation. This method has the problem of stimulating aggregate demand without necessarily expanding the economy’s supply capacities, resulting in inflationary pressures and/or a rise in imports. It also contributes to the development of unsound public finances.

Both are highly criticised options.

Perhaps a more viable choice for small states promoting economic development is to succeed in the international marketplace. As a result, a determined and coordinated effort must be made to maintain and improve the country’s competitiveness overseas. This is not a simple task. It is a problem that necessitates making decisions, some of which may be tough to comprehend in the short term. Nonetheless, it is the economic imperative that will determine the economy’s future success and survival. All local stakeholders and entities must work in sync to promote the nation in coordinated attempts to attract investment and push the small states’ image overseas. Hence, internal cooperation between all government departments, and consistency of delivery, are key for this strategy to succeed.

Economic statecraft and economic diplomacy combine diplomatic skills with economic instruments to help a government achieve its economic, political, and strategic objectives. A solid economic diplomacy strategy for small states relies heavily on both overall economic statecraft and day-to-day economic diplomacy. Getting this right may be extremely beneficial, while getting it wrong can be quite expensive. Building international coalitions of like-minded small states can also assist, and be extremely beneficial in recovering from any potential financial crises or geopolitical risks.

Before the pandemic, there was a tendency of informal and issue-specific alliances among minor states and medium powers. The COVID-19 crisis and the subsequent Russian movement into Ukraine has heightened this need of cooperation amongst peers. It requires persuading host-government officials to implement policies and actions that would grow their economies and create jobs for their citizens, even if the changes come at a political cost.

Moreover, small states are generally agile, and this vulnerability (smallness) allows them to create informal and ad hoc networks without instilling fear of domination among their partners. They can behave wisely by focusing on a set of specialised goals that are based on a shared interest as well as their personal preferences, and by employing the above-mentioned entrepreneurial strategies.

Competitiveness is a multifaceted phenomenon that encompasses economic, social, political, and international elements, hence why it can come at a political cost. This surely includes all economic actors and diplomats who must be at the heart of this to drive their respective nation as a potential and viable option for economic and commercial benefit. Using efficient and effective economic diplomacy strategies, small states could better compete in worldwide markets. This will eventually lead towards increased levels of exported products and services, the attraction of inbound foreign direct investment and the heightening of any small nation’s image across the globe.

Alfred Tabone is a Maltese diplomat currently acting as the head of Commercial Diplomacy within the Ministry for Foreign and European Affairs, Republic of Malta. Previously, he was deployed as Consul and Deputy head of mission at the Maltese Embassy in Abu Dhabi, United Arab Emirates. He has recently completed Diplo’s online course Diplomacy of Small States.

[WebDebate #44 summary] Diplomacy in times of COVID-19: The experience of developing countries