You are here: Home1 / The Ukraine crisis may shape the future of the internet

On 28 February, Deputy Prime Minister of Ukraine Mykhailo Fedorov requested that the Internet Corporation for Assigned Names and Numbers (ICANN) cut Russia’s access to the infrastructure of the global internet. This was part of the efforts to increase pressure on Russia to stop the war in Ukraine.

A few days later, the President of ICANN rejected the request, stressing that, ‘Such a change in the process would have devastating and permanent effects on the trust and utility of this global system’. 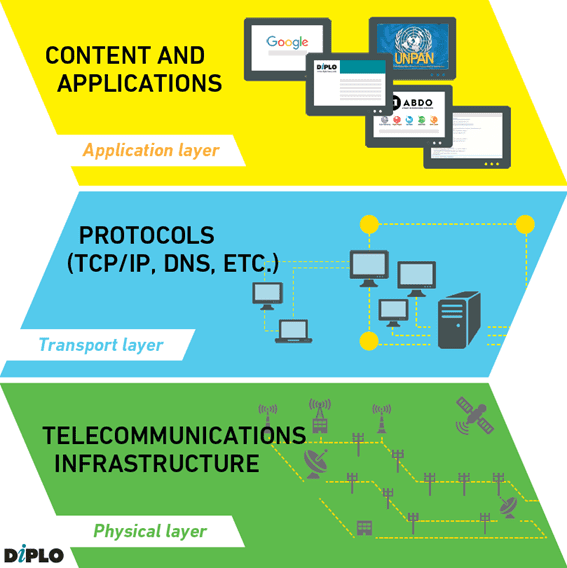 However, some digital services on two other layers have been blocked. Cogent Communications, estimated to be responsible for 1/4 of all global internet traffic, terminated access to internet cables (physical layer) for major Russian internet service providers.

On the application layer, Western countries blocked access to Sputnik and RT, while Russia blocked access to BBC, CNN, and other major media outlets. If the Ukraine conflict escalates, Russia will become increasingly digitally isolated. It could, eventually, lead towards a Russian national internet – RusNet – which would keep all three layers within national borders as it was tested back in 2019.

The Ukraine crisis will have a profound impact on the internet’s future. Many countries will closely follow how the core internet infrastructure is managed in this crisis as they search for an optimal digital sovereignty formula. Governments and parliaments have to make delicate trade-offs between the beneficial effect of the global internet in economic and social development, and the containment of cyber risks that spill across national borders. To make an informed decision about the Ukraine crisis and the future of the internet, it is essential to understand how we have managed – so far- to maintain an integrated internet in spite of all conflicts and risks.

Since the creation of the internet, the USA has been the benevolent guardian of this network and did not (mis)use its power over ICANN. This includes not disconnecting countries from the internet.

Technically, cutting off a country’s access to the internet was possible via the core internet infrastructure consisting of internet names and numbers.

Legally, it was possible according to Article 41 of the Charter of the UN that specifies that sanctions can include, ’complete or partial interruption of economic relations and of rail, sea, air, postal, telegraphic, radio, and other means of communication, and the severance of diplomatic relations’.

A digital kill switch –  the digital equivalent of the nuclear option – wasn’t used against any country, from major conflicts involving ex-Yugoslav countries in the 1990s, to the more recent Iraq, Afghanistan, and Libya crises.

By not using a digital kill switch, the USA has contributed to the development of an integrated internet as the main global public good of our era. Although the US’ ‘benevolent guardian of cyberspace’ image was tainted by Snowden’s revelations of mass surveillance, the US policy towards internet critical infrastructure has remained constant for decades. This policy has been driven largely by self-interest, but serves as an excellent example in diplomacy on how to sync national interests with global ones.

What is the US realpolitik interest in preserving an integrated internet?

Human rights and democracy. The internet as an enabler of inclusion and diversity has been in sync with the fundamental values of the USA related to human rights and democracy. In the case of conflicts, the internet has benefited the opposition more than the establishment (which always has more official channels for communication). It helped people find reliable information, stay in touch, and coordinate their actions.

Geo-economics. The internet is the main engine for the US economy. At the end of 2021, seven US tech giants featured in the top 10 companies with the highest market capitalisation (Apple leading with US$3 trillion). The annual turnover and market capitalisation of tech companies are higher than the GDPs of many countries. Thus, any major disruption to the internet and data flows globally would damage vital US economic interests.

Social stability and diaspora. As a country of immigrants, ‘diaspora connectivity’ remains highly important for keeping families and communities together. Any major disruption to the global internet will have a serious impact on many communities in the USA. With many people on the move globally, ‘diaspora connectivity’ is an important reason to preserve an integrated internet for most of the modern world.

Military. The internet has been, and still is, a crucial source of military intelligence in times of conflict and war. One can follow the movement of troops, the impact of military strikes, morale of the local population, and more by monitoring internet traffic. For example, during the Kosovo war, internet communication between the local population and diaspora (at that time ICQ) was an extremely valuable source of information for military planners.

The specific security, cultural, and economic interests of each country will influence how we achieve the right balance.

For example, China has a national internet with Baidu, Weibo, WeChat, while it is still a part of the global Internet for economic and social reasons. When President Trump threatened to disconnect WeChat in the USA, it became clear how important this service was for the 80 million Chinese diaspora in the USA and worldwide.

The EU, via the GDPR, seeks to regain control of EU data while benefiting from an integrated internet for its service industry as well as its large diaspora. India faces a similar dilemma. For each country, you will find these difficult and complex trade-offs that need to be made.

So far, the need for integrated internet worldwide is not challenged. It is the overall context, in which the call to use a ‘digital kill switch’ against Russia did not get traction in the USA and the international community. Disconnecting a whole country from the internet would be the beginning of the end of the current internet which, in spite of all filters and blockages, remains an integrated global public good.