You are here: Home1 / Digital (and) diplomacy: Pandemic videoconferencing levels off at low ...

Digital (and) diplomacy: Pandemic videoconferencing levels off at low altitude

As everyone knows, videoconferencing took off and seemed to make a major advance into diplomacy following the outbreak of the COVID-19 pandemic in early 2020. Close personal encounters were inhibited by the fear of infection and in many cases prevented altogether by the introduction of drastic measures to obstruct travel between different locations. UN meetings – including those of the Security Council in the virus hotspot of New York – began to take place virtually. It became the norm for nearly all major gatherings and executive committee meetings of international organisations, although some adjusted more quickly than others. Notable among bilateral negotiations adopting the technology in 2020 were the highly complex future relationship talks between the UK and the EU, which had barely started face-to-face in March 2020 when they were forced to go virtual, despite having delegations of about 100 on each side. It was also employed in attempts at mediation, including those concerning Syria and Yemen. This week, the G7 met virtually to discuss the crisis prompted by the Taliban victory in Afghanistan.

It was soon evident, however, that the available systems were often plagued by technical problems. Among these were worries over confidentiality, great variations in internet speed and connection reliability across the world, audio quality sometimes so poor that instantaneous translation was significantly impeded, and – if vision was restricted to ‘talking heads’ – the impossibility of seeing who else might be in the room and exerting influence. But even when a generation of diplomats weaned on digital technology takes over and these obstacles are largely overcome, the fact should be admitted that videoconferencing will still lack the diplomatic advantages of personal encounters. What are they? 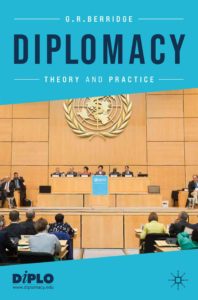 It is already routinely acknowledged that participants in a videoconference miss the physical dimension of body language available in face-to-face talks; have no opportunity to relieve any tension between the parties by gracious social ritual and acts of hospitality; and, above all, enjoy no opportunities for genuine ‘corridor diplomacy’, where useful information is gleaned and trust between individuals – so vital – is more likely to be fostered and the real breakthroughs in negotiations are often made. In an important book, Trusting Enemies: Interpersonal relationships in international conflict, published in 2018, Nick Wheeler calls this ‘bonded trust’. The most telling example of the last point is the good relationship between Ronald Reagan and Mikhail Gorbachev that was first stimulated at their private meeting in Geneva in November 1985 and probably contributed significantly to the ending of the Cold War.

There is, however, another reason why videoconferencing falls down in comparison with face-to-face talks. It is one that has always seemed very obvious to me and I have drawn attention to it before; but it clearly needs more emphasis. The reason is this: by leaving delegations at home, the new technology not only makes it more difficult to establish trust, but also leaves negotiators under the intimate influence of their domestic constituencies – and thus in the position in which they are least likely to show a willingness to compromise. To this extent, therefore, videoconferencing is anti-diplomatic.

It is true that – depending on their status and the nature of the regime they represent – negotiators returning home from face-to-face talks might be forced by domestic pressures to backtrack on certain concessions they have made, as Israeli leader Menachem Begin did when, following the success of the Camp David talks in 1978, he had to face members of his own Herut Party within the Likud bloc. But it is unlikely that negotiators finding themselves in this position will be required to jettison their concessions completely, not least because they should be able to present the gains they have achieved alongside the concessions they have been required to supply. It seems to me to be self-evident that, had the Camp David talks in 1978 been conducted via a videoconference, there would have been no Egypt-Israel peace treaty in the following year.

In light of these considerations, therefore, it should be no surprise that, on the evidence readily available, even during the COVID-19 pandemic, diplomatic videoconferencing seems to have been abandoned as a negotiating format at the first opportunity, notably in:

Diplomacy, of course, is not only about negotiating agreements, and it is in support of its second-order functions – as well as in providing various forms of back-up to face-to-face negotiations and the settlement of uncontentious issues – that videoconferencing plays valuable roles. In relations between allies and friends, at the highest political level these include giving a more personal touch to messages of solidarity, and confirming the coordination of actions already agreed. At lower levels of government, it includes facilitating exchanges of information and sorting out technical and procedural issues. A perfect example of the value of videoconference calls in routine matters is their use by Britain to sign or agree in principle trade deals with Japan, Canada, and Turkey in late 2020, that simply rolled over existing agreements between those states and the EU to which Britain was party until it formally left the EU on 1 January 2021. Videoconferencing certainly took off following the outbreak of the pandemic but the appearance it gave of some sort of diplomatic revolution was deceptive; in reality it levelled off at a low altitude.

This blog is based on the chapter on telecommunications in the new, 6th edition of the author’s Diplomacy: Theory and Practice, due to be published by Palgrave Macmillan in January 2022; see the publisher’s flyer for more details and a discount.

[New podcast] The telegraph and diplomacy: An interview with Tom Standage How can flags help us understand (and govern) AI?
Scroll to top