As the Coronavirus outbreak continues to unfold, it is becoming clear that the pandemic and the concurrent economic crisis are impacting women differently than men. Considering that women account for 70% of global health and social care workers, and that they represent a higher percentage of persons in precarious, informal, or poorly paid work, they have come under even more pressure with the spread of the virus.

In her opening remarks, Bachelet noted that the UN has taken measures to ensure the respect of women’s rights in response to COVID-19 as well as in the recovery period. She highlighted that the UN Secretary General António Guterres and the Office of the UN High Commissioner for Human Rights (OHCHR) have issued a briefing paper that addresses the disproportional impact of COVID-19 on women and girls, and that provides guidance on concrete measures that can be taken by governments to tackle issues such as domestic violence, the economic impact of the crisis, and health rights. Bachelet also underscored that the task forces and committees that were created to shape the COVID-19 response and recovery plans are heavily male-dominated and that women therefore face a struggle for a place at the discussion table. The UN has therefore taken action to facilitate a dialogue between women’s rights defenders and policy makers.

Speaking on the valorisation of female work, Naciri noted that women’s work, in particular in the educational and care sectors, is often undervalued. In certain parts of the world, such as the Asia-Pacific region, this challenge is more pronounced given that they receive 15% less than men for the same work. Moreover, in many cases they cannot dedicate themselves to higher-paid jobs since they have to spend more time than men on unpaid housework. Acknowledging that the pandemic has shed light on gender inequalities, Naciri underscored that the issue of wealth distribution will also remain a challenge even after the crisis ends. In addition, other issues such as the absence of paid sick leaves and safety nets make it harder for women to make a decent living. Consequently, discussions on sustainable economic models that value all work will be necessary in the post-Coronavirus period.

The speakers also touched upon the issue of domestic violence that is, in itself, a pre-existing inequality in all parts of the world. Šimonović stressed that, for certain women, home is not a safe place and that in their case confinement measures imposed by the governments do not address their condition. States, therefore, need to focus on the availability of measures to combat domestic violence. In order to have a better understanding of the situation at hand, a call for information and data was issued by the special rapporteur to explore the increase in reports of domestic violence. That said, in certain countries, the unavailability of data impedes a clear overview of the real situation women are facing and as such makes it more difficult to identify what measures are needed with respect to gender-based violence.

A system-wide approach to women’s rights

Reflecting on the system-wide approach to women’s rights, Ferro pointed out that there is a need to approach gender inequalities by considering all women, including those with disabilities, victims of child marriages, and those from indigenous groups given that they have been left behind from COVID-19 policies. As part of this general approach, the safeguard of sexual and reproductive health, as well as the provision of necessary services and products, which have come under greater threat due to disruptions in the supply chain, is vital. However, in order to ensure the respect of all these rights, access to data is required in order to facilitate and support quick population mappings, but also to help adjust the response to the Coronavirus and to ensure the respect of women’s rights.

The discussants also provided insights on pushbacks against global efforts to strengthen women’s rights in the last couple of years. Flores Liera pointed out that, in most cases, such practices can be attributed to ideology and conservative forces. She emphasised that Mexico, together with the UN and some of its member states, stands at the forefront of gender equality as their collective action has been able to resist this pushback. Flore Liera warned about the risk of certain actors taking advantage of the current situation to push progress on women’s rights further back, and emphasised the need for the UN General Assembly to send a unified message on the role of women in response to the pandemic. This message should avoid fragmentation and reflect the unity that the international community requires in times of health crises.

[Summary] RightOn #9: Access to Information and the safety journalists in times of crisis 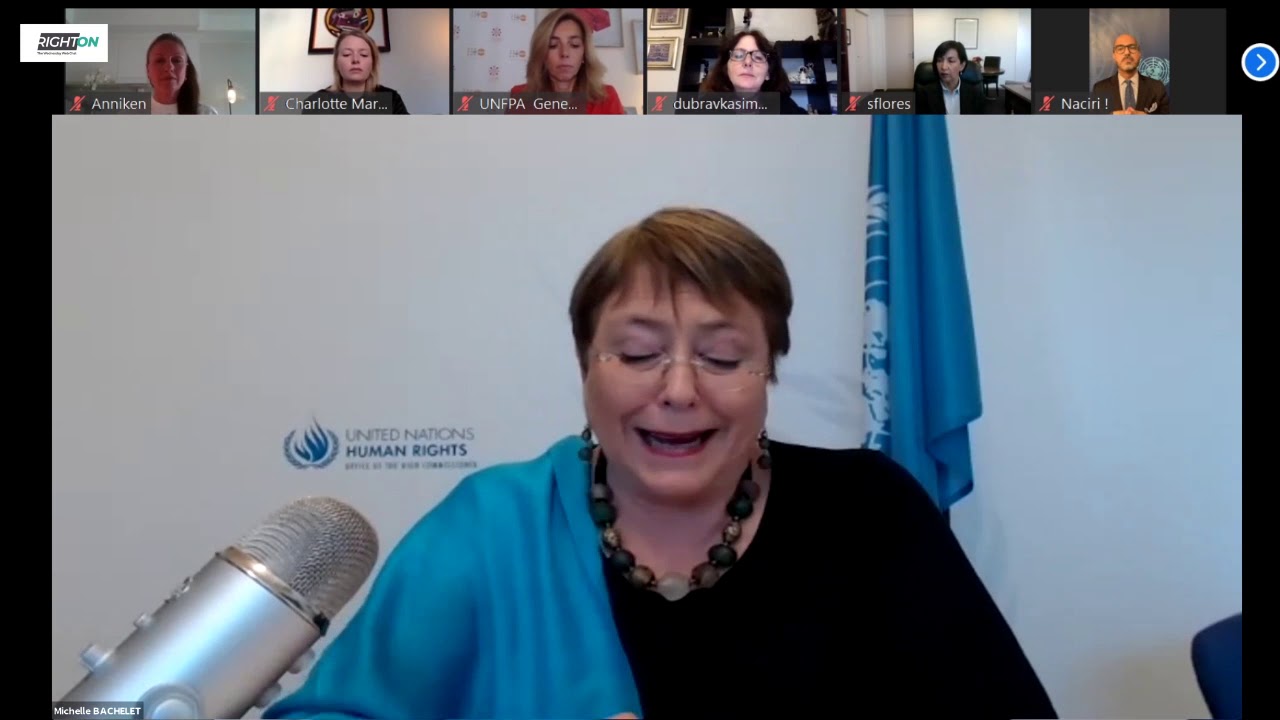