You are here: Home1 / Internet governance in April 2020

Tackling misinformation and protecting media freedom in time of crisis and data tracing apps and privacy challenges they pose were among the main digital policy trends in April 2020.

These and many other developments were covered during April’s just-in-time briefing on Internet governance – our monthly appointment on the last Tuesday of every month – which took place on 27 April 2020. They will also be summarised in the Issue 49 of the Geneva Internet Platform (GIP) Digital Watch newsletter.

A look back to events in April

Due to the circumstances, many events have been cancelled or postponed. However, there is an emerging trend of event organisers moving events to online mediums. 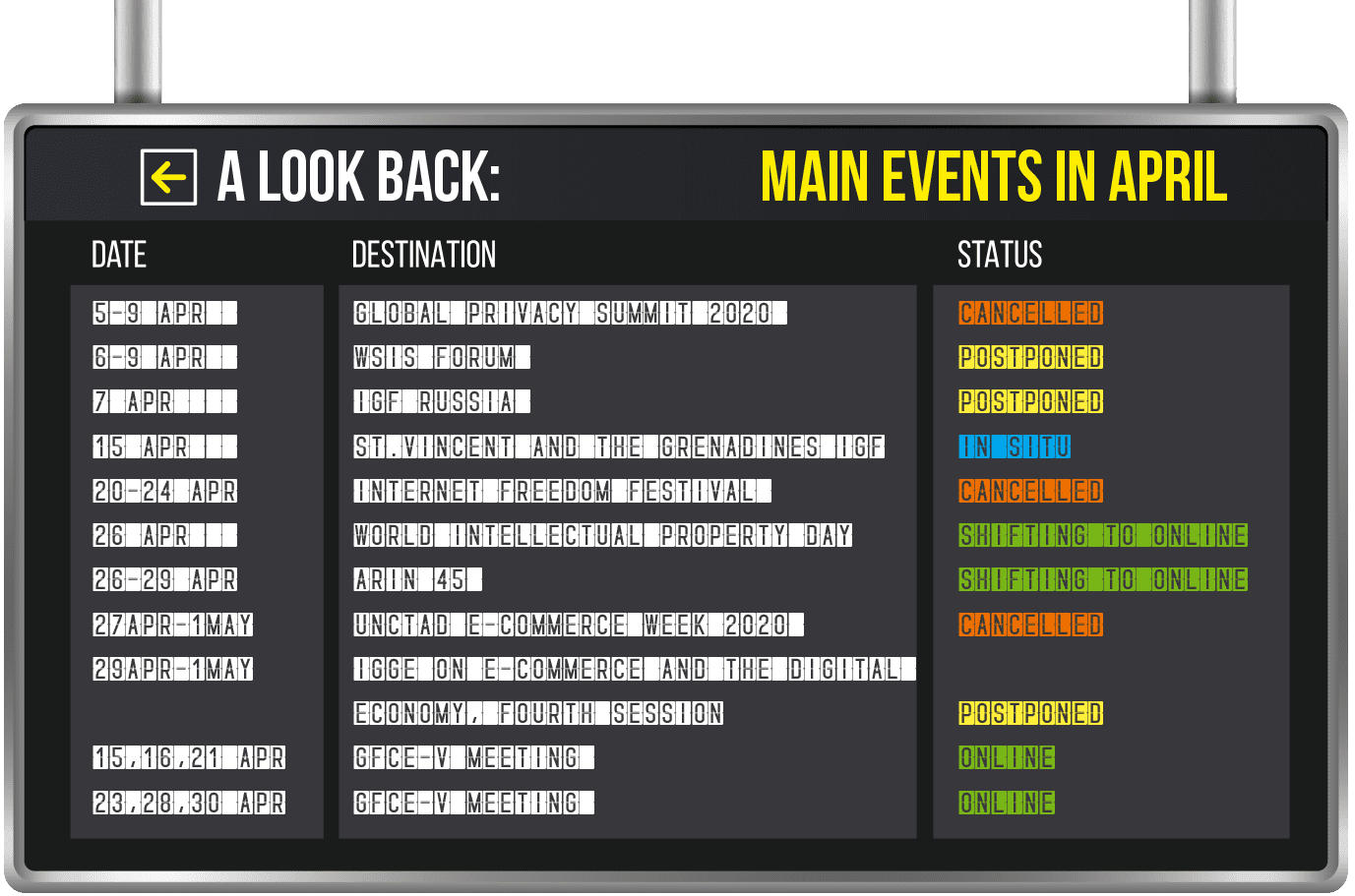 Radunović underlined the main developments in the past month:

Kamberi then explained that Facebook announced changes to its Libra cryptocurrency plans, and that the G20 Financial Stability Board outlined draft recommendations for global stablecoin arrangements.

A look ahead to events in May

Due to the COVID-19 pandemic, many events have been cancelled or postponed. However, there is an emerging trend of event organisers moving events to online mediums. 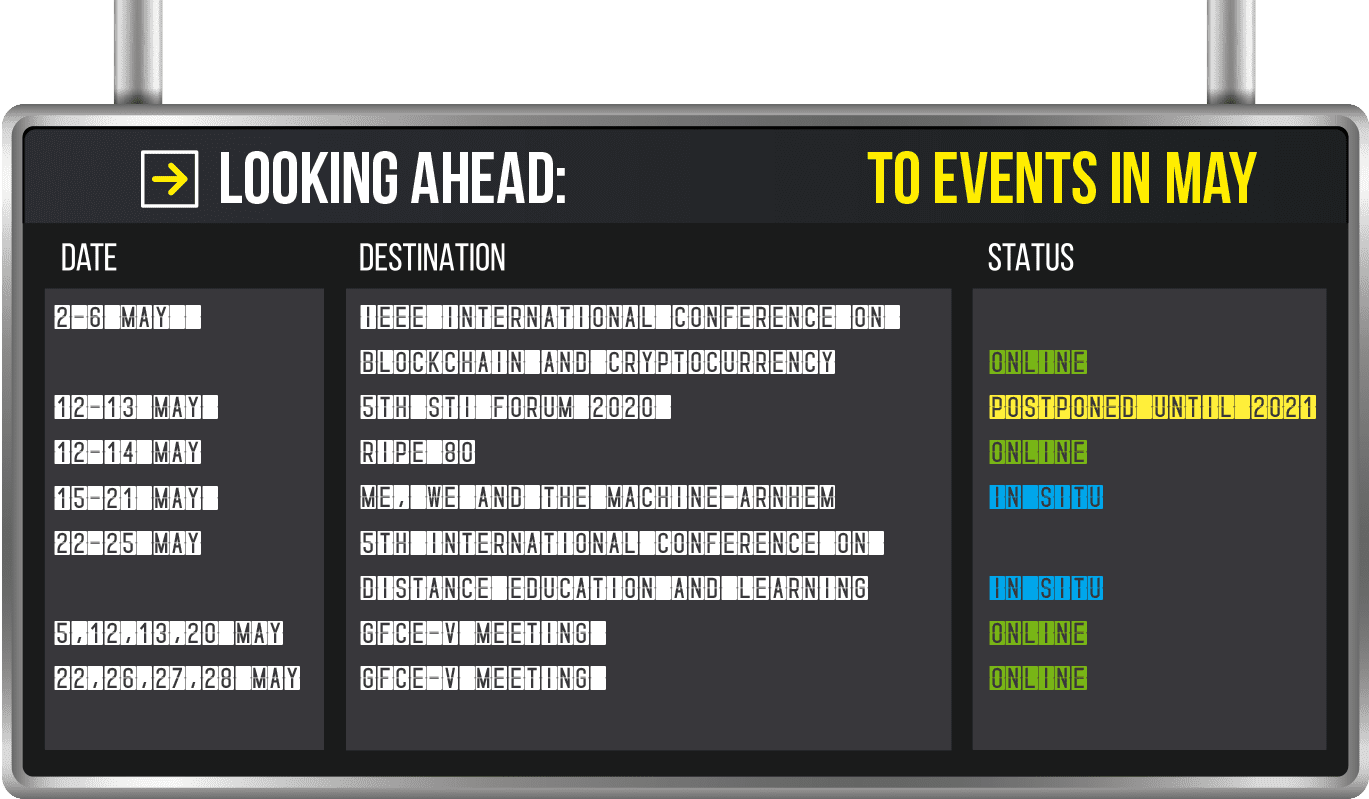 Updates from GIP and Diplo

The next Internet governance briefing is on 26 May 2020. Registrations are open.

The next issue of the GIP Digital Watch newsletter will be published in the beginning of May. Diplo and GIP will co-organise a webinar on contact tracing and challenges to privacy with partners on 6 May. On 26 May, the GIP and its partners will organise the third dialogue of the Road to Bern via Geneva entitled ‘Sharing data: Towards a data commons.’ At the end of the month, the GIP will hold the regular monthly Internet governance briefing on 26 May.

Whether Facebook’s Libra project will clash with some countries’ plans to issue digital fiat currencies; whether Libra will have transactional fees for its holders and users; balancing the need for tracking during the pandemic and the transparency concern, consent and democracy; whether the effectiveness of online meeting depends on their organisation, were discussed during the Q&A.

Illegal online content and liability of Internet intermediaries: Why the messengers should not be shot

[Summary] RightOn #4: COVID-19 and women: the gendered impact of the crisis How disease shapes political narrative
Scroll to top