You are here: Home1 / Kazakhstani image in global politics: A bridge between Russia and the rest...

Kazakhstani image in global politics: A bridge between Russia and the rest of the world?

The Republic of Kazakhstan, gaining its independence after the USSR dissolution, aspired to become an active member of the global community. The geographical position of Kazakhstan makes it a natural crossroads for major transit corridors from North to South and from East to West. It is located at the very heart of the Eurasian continent. Kazakhstani foreign policy, therefore, mainly sees itself as the connecting bridge between different countries.

Turkey was the first state to recognise Kazakhstan as an independent country in 1991; political, economic, and cultural relations between the two have blossomed since that time. Developing closer bilateral cooperation in transport, energy, tourism, and infrastructure and strengthening political dialogue and cultural exchanges were major topics of discussion during the official visit of the Prime Minister of Turkey Ahmet Davutoglu to Kazakhstan on 5-6 February  2016. Wider international issues, including tensions between Turkey and Russia, could not be left off the agenda though. During their meeting, the President of Kazakhstan Nursultan Nazarbayev commented that the Prime Minister’s visit illustrated the significance of Turkey, a fellow Turkic nation, in the Central Asian state’s multi-vector foreign policy. He also noted the trust and cooperation between Turkey and Kazakhstan that had formed over 25 years of developing bilateral relations. However, conflicts in Turkey’s neighbourhood and strained relations between Turkey and Kazakhstan’s major trade partner, Russia, are having an impact on Kazakhstan, the President said.

In November 2015, Kazakhstan urged Moscow and Istanbul to create a bilateral commission to jointly investigate the downing of the Russian bomber jet by Turkey, which has strained relations between the two countries. ‘There is a need to form this commission in order to find and punish those responsible and restore the relations’, President Nazarbayev said, delivering his annual address to the nation.

With regard to Ukraine, the forced resignation of President Viktor Yanukovych by the Euromaidan protests, Moscow’s annexation of the Crimea , and the fighting in eastern Ukraine between the Kiev government and Russian-backed separatists prompted Kazakhstan to launch a sustained crisis management effort. Kazakh-Ukrainian negotiations have taken place in October 2015. The President of Ukraine pointed to political dialogue between the two countries and thanked Kazakhstan for its firm and unwavering support of Ukraine’s territorial integrity and sovereignty within internationally recognised borders. ‘It is crucially important today, when Ukraine is an object of aggression of our common neighbor – the Russian Federation’, the President emphasised.

In an opinion piece in the Diplomatic Courier, Foreign Minister of Kazakhstan Erlan Idrissov noted that Central Asia and Kazakhstan are increasingly in the news, but that it is ‘striking – and at times frustrating’ to see how standard media narratives bear little resemblance to what’s actually happening in the country. Journalists often describe events in Central Asia through the prism of the revival of the nineteenth-century Great Game, including recent visits by leaders from China, Russia, Japan, Ukraine, the United States, and Turkey.  ‘I can see why this makes a neat headline but that does not make it true’, Idrissov wrote. ‘Kazakhstan is not a silent bystander in anyone else’s strategy. We are a country successfully making its own independent way in the world.’

To the question of whether Kazakhstan is a bridge between Russia and the rest of the world, one can only reply ‘it depends’, just as lawyers do. But no matter what event may occur in international affairs with the major world powers on the stage such as Russia, China, America, or others, Kazakhstan will certainly play its significantly meaningful role and the image of this unique Central Asian country will be associated with the notions of peace, tolerance, and transparency. 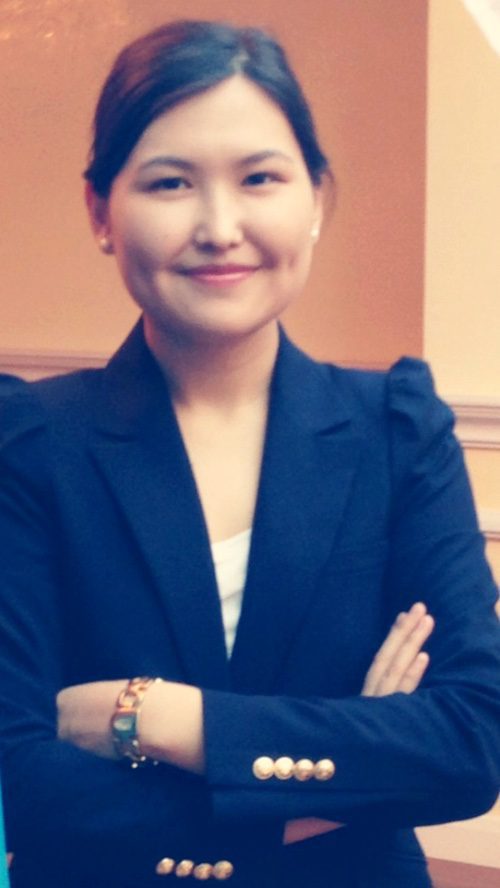 Diana Madibekova is 4th year student studying international law at School of Law, KAZGUU University, Astana, Kazakhstan. She is currently interning at the Embassy of Spain in Astana and her professional interests include world affairs, multilateral and bilateral diplomacy, international law and dispute settlement, legal culture among others.

[Briefing #22] Internet governance in February 2016The Internet Research Fair: Uncovering the hidden effects of an everyday te...
Scroll to top