You are here: Home1 / After Merkel

When Paul McCartney was coining the lyrics for ‘Those Were the Days’, performed magnificently and with a touching romantic crescendo by Mary Hopkin, a young, bright, and promising student in Templin was dreaming of making breakthroughs in theoretical physics.

After moving with her family from her birthplace in Hamburg, West Germany, to Quitzow, East Germany, her father’s profession (a pastoral position) was the reason Angela Merkel became involved in what would come to occupy her adult life. 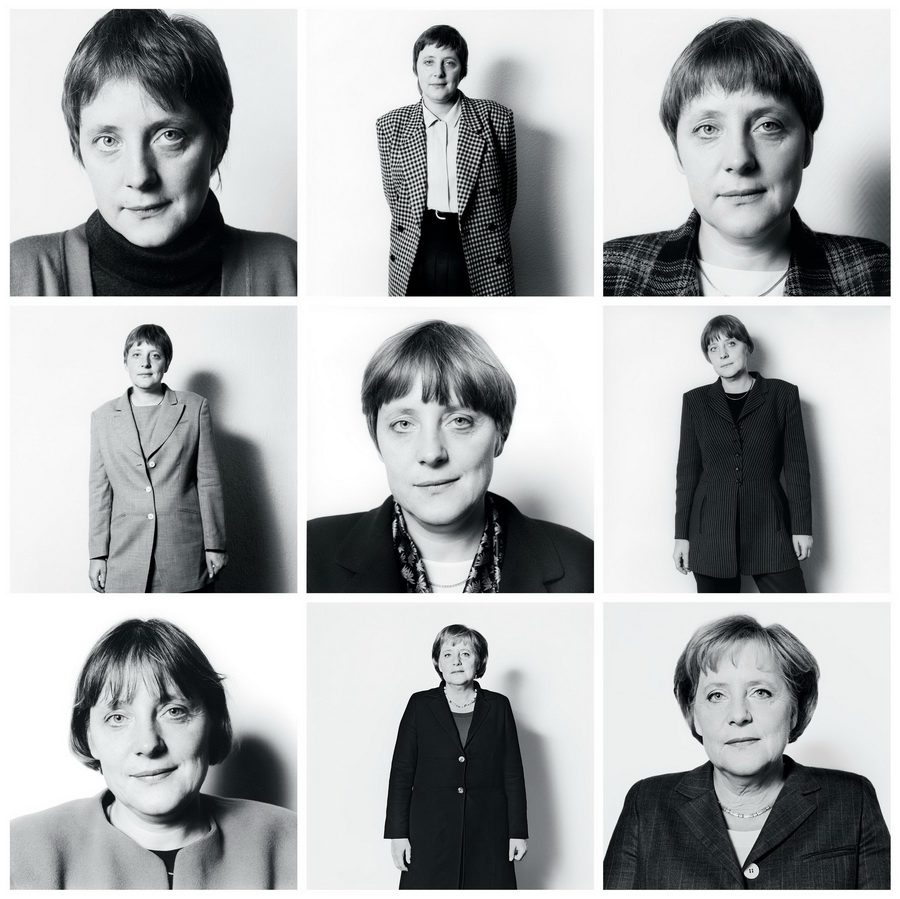 At that time, this author was listening to Mary Hopkin (and The Beatles, of course), reading comics and science fiction, and dreaming of becoming a journalist (which he later did). Above all, he was endlessly listening to stories told by his mother about her life during WWII in Germany, south of Dresden. She was one of the tens of thousands of Slovenes expelled from their homes by the Nazi regime and forced to work, despite being in her early teens. The first of three visits with his mother to these places, in the summer of 1981, via neutral Austria and socialist Czechoslovakia to communist East Germany, gave him a first-hand experience of Eastern-bloc affairs, not to mention the Cold War.

As this issue of European Perspectives is coming out, Merkel still has a month or so left to serve, but her formal era in office is ending. This offers a privileged moment in which to examine this phenomenon. Taking a policy-holistic approach, we shall consider this chancellor from three main perspectives: history, issues, and style, while commenting, comparing, and dwelling on all of them simultaneously.

Three chancellors stand out: Adenauer (14 years), Kohl, and Merkel (both 16 years, the former a few weeks more). Together with the first, unification chancellor Otto von Bismarck1 (19 years), they present the big four (not only for the lengths of their tenures, but also in the magnitude of the tasks they were occupied with, and in their abilities to keep continuity while dealing with them). However, one could claim that the complexity of challenges increased with time, particularly because of the unprecedented advance of globalisation that intensified in the aftermath of the Cold War. This fact places Merkel in a more demanding position than that of her predecessors. 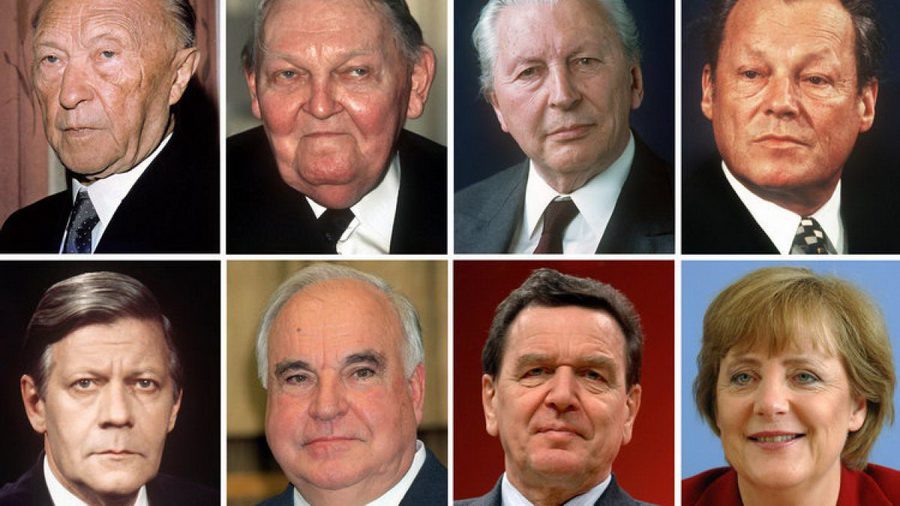 This brings us directly to the main topics Merkel faced during her time in office, some of which have manifested as global crises. Issues of global importance that dominated the agenda during the previous 10.5 years include: the adoption of the Lisbon Treaty (2009), the global financial and dept crisis, the Arab Spring, bird flu, the migration crisis, transatlantic relations, Brexit, the COVID-19 pandemic, geopolitical turbulences (relations between the USA, the EU, Russia, and China), the Iranian nuclear programme, the armament of North Korea, Syria and Afghanistan, environmental crisis, and the shift to decarbonisation, as well as several important anniversaries such as 100 years since the outbreak of WWI, 75 years of the UN, and 80 years since the outbreak of WWI, the Ribbentrop–Molotov Pact, and Operation Barbarossa, to name but a few.

The heavy burden and responsibility of her role is perhaps clearly illustrated by the fact that she attended more than 100 meetings of the EU Council during her term. There used to be two ordinary and two, perhaps three, extraordinary meetings per year. During the financial crisis a decade ago, there were four or more meetings on average per month.

Merkel knew, witnessed, and exercised power, but she did not abuse it, despite the political temptations she faced. She took a step away from Harold Lasswell’s definition of politics as a ‘competition about who gets what, when, and how’. She restrained from this and made her case. Although not being from Oz (despite Dorothea being her middle name), she has still been a political wizard.

Somewhat reluctant, careful, and never running before or over her shadow, she has been ‘the Chancellor’. With this goes the fact of her being the moral authority in times of difficult decisions. She has always held a strong, unshakeable belief in the rule of law, and continued to trust in this value in an outstanding and inspiring manner, and one that will be remembered; and people also had a lot of trust in her. Well-deserved and well-exercised. Her legacy consists of stability, reliability, a human touch, considered decision-making, and the management of capabilities and potentials. We’ve all witnessed this.

Merkel also did an unusual thing in recent European political life: she did not actively take part in choosing her successor for the party’s top position. This is a somewhat unprecedented political approach.

With this, she first manifested a high ethical standard, letting the party choose a person that is the most trustworthy, reliable, and promising. (It will be the party that will have to live with the new leader, and much less, if at all, she in retirement.) And second, she obviously did not want to extend her political and personal influences beyond what she thought would be necessary. Besides this, there was no guarantee that her choice (had it been there) would coincide with the party’s. So why bring about another stressful situation to the top party leadership when there was a need to primarily focus on the next term, the next leader, and the next period?

In addition, Merkel proved what synergy at the highest level in domestic politics is: she favoured and de facto installed Frank-Walter Steinmeier as her former foreign minister and vice chancellor from the rival, but coalitional Social Democratic Party, and as Germany’s president in 2017. Their unspoken understanding of each other is far beyond what one typically finds between colleagues at such a high level: their empathy and shared values were tested on many recent turbulent occasions, sometimes apparently bordering on telepathy. For this, Steinmeier is a top role model for the head of a state, and not only in the modern European frame.

All these parameters placed her at the very heart of global politics and geopolitics. There isn’t a single characteristic of a great leader that she did not possess. This was, however, not always clearly visible and recognisable, but is becoming progressively obvious with the prospect of her forthcoming absence. Great leaders speak with their absence. It makes them visible. A certain vacuum, challenge, and opportunity will remain after her. Even more, one could claim there should always be a bit of luck in international politics. Angela Merkel had luck on a high scale, and symbolically leaves 150 years after Bismarck began.

As the only female German chancellor and the youngest so far (sworn in in 2005 after defeating her predecessor Gerhard Schröder), she was also the only one ever to come from East Germany. 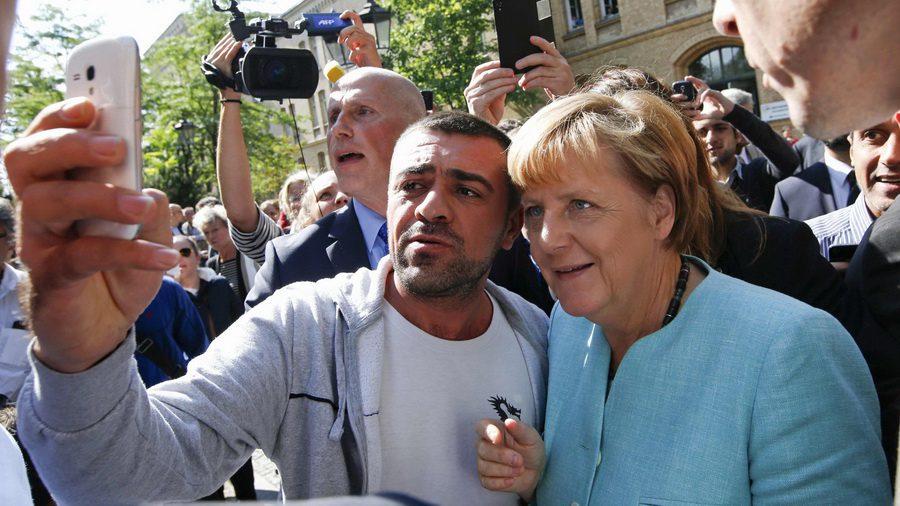 Merkel’s rise was in East Germany. Even more, one could say that she is the last European leader with such a personal experience. She shares the memory of the former communist system that determined her country. This author believes that this helped her greatly to understand politics, relationships, and life, and contributed, with the same magnitude, to her proficiency in leadership. This has been lucky for Europe, since she could have easily been frustrated because of these experiences. A careful observer would name at least a politician or two of that nature in the current continental arena. Merkel reached out to migrants in the late summer of 2015, a reflection of her human touch and understanding of people’s suffering. She grew up knowing what it means.

As a matter of fact, and as we all now know, things turned out the other way around for the promising young scientist. When this author was the last desk officer for the German Democratic Republic, West Berlin, and Switzerland (in the Federal Ministry of Foreign Affairs of the then Socialist Federal Republic of Yugoslavia), discussing the development of Germany with its last ambassador in Belgrade, HE Mr Eiff, the advancing researcher was already caught up in the stream of political events, becoming the CDU deputy chairperson in 1991, where she displayed her emerging skills. The rest is, as they say, history. However, Merkel did not know and did not – could not – expect all that would happen.

Prior to our closure, in the spirit of this journal, the issue of EU enlargement to accommodate the Western Balkans has to be noted. Merkel inherited the benefits of the 2004 dual enlargement, and had to live with its (not so pleasant) consequences.

Two years after her beginning, Bulgaria and Romania became members of the EU, with Croatia and Albania becoming NATO members two years later, and Croatia an EU member four years later. Then the enlargement fatigue (an explanation far too simple for the dynamics and complexity of the European integration process) broke out: no new EU members so far, and two new NATO members (Montenegro in 2017, North Macedonia in 2020).

There are four EU candidate countries in the Balkan region: Montenegro and Serbia (who are already negotiating), Albania and North Macedonia (who are still waiting to start the negotiation process), and two aspirant countries (Bosnia and Herzegovina, and Kosovo). No magician could foresee the development, but the majority of the EU enlargements were with multiple newcomers, and it paid off. The referred six of them should also enter en bloc. It will pay off, as well. Merkel’s successor has been given something concrete to start with and to be remembered for. 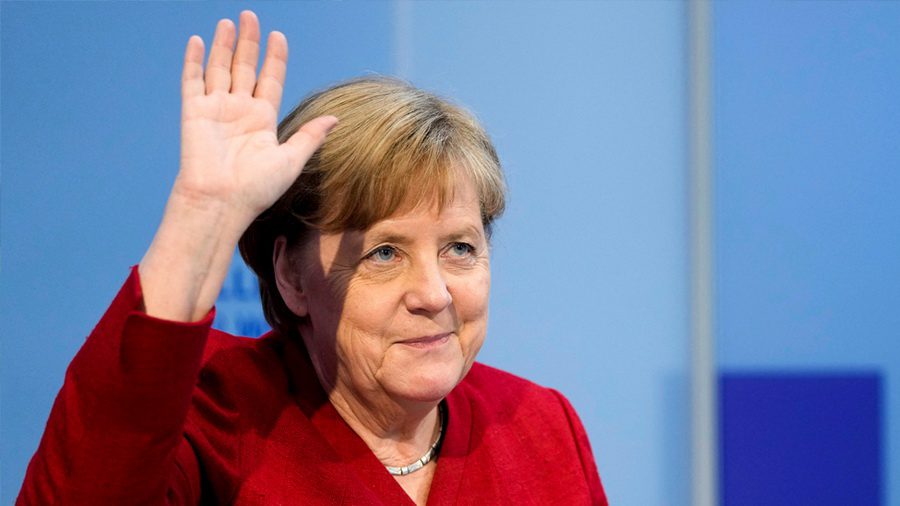 One should, in closing, refer to the famous song by the Rolling Stones from 1973, the year in which Germany’s ‘Angie’ was finishing high school in Templin, posing (not only rhetorically) the question: ‘where will it lead us from here?’ Perhaps the new German Chancellor Olaf Scholz from the SPD, her true successor both formally and in their shared values, would know the answer. In any case, her departure means an end of an era. The prime time was hers.

From the baby girl brought to Quitzow in 1954, to a young employee at the Institute in East Berlin who earned a PhD in quantum chemistry in 1986, to the Democratic Awakening Party spokesperson in 1990, and Kohl’s ‘Mädchen’ soon afterwards, and, finally, to Germany’s ‘Mutter’ (or, affectionately, ‘Mutti’), Merkel evolved above all to an everlasting sphinx, quite often with a smile on her face.

And let us remember: Madame Merkel never spent her time posting on Twitter, but instead exercised exactly what politics is all about: doing her best for the common good.

Discussing issues after Merkel means discussing Angela Merkel herself. Not an enigma, as it might seem, but still not fully comprehended and understood in all aspects of her ‘zoon politikon’.

And what a politician she has been! The modest daughter of the humble German pastor managed to achieve what an old Roman saying advises: ‘Leave the party at its best, and you will have the best memories.’ And she will also be remembered at her best.

Hence, let us conclude by affirming the statement that contemplating life after Merkel in fact means contemplating the person herself. Angela Merkel. Incomparable and great.

How will you remember Angela Merkel’s time in office?