You are here: Home1 / Space is available for every country

Space is available for every country

This year is the 65th anniversary of the Cosmic Era. In the first years and decades, space exploration was reserved only for big countries. Reaching orbit and spacecraft programmes are now open to small countries, academia and private companies as well. The era of democratisation of space exploration has come.

SpaceX, as well as other satellite projects managed by private companies, is very well covered by global media. It is not known much, however, about the outer space programs of small and developing countries. Three examples are here from India, Malta and United Arab Emirates. 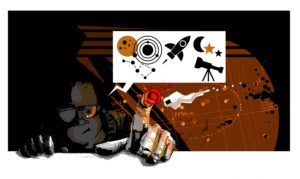 The United Arab Emirates launched the first-ever Arab interplanetary mission to Mars in 2020. The Hope Mars Mission reached the orbit of the planet Mars Scientific equipment have explored the atmosphere of the Red Planet for one Martian year (almost two years). This is the Arab world’s first interplanetary mission.

Project Maleth is the first-ever space scientific programme of Malta. In 2021, with the support of the European Space Agency, samples of microorganisms that cause diabetic ulcers were launched from Cape Canaveral (USA) to the International Space Station (ISS). With such an experiment, scientists analysed how the tissue reacts in extreme conditions in orbit.

Joseph Borg, an associate professor at the University of Malta, explained for our blog the importance of such a space experiment for his country:

‘Malta has made a significant entry into the world of space sciences by sending its very first mission to the ISS. Moreover, this project contained two important elements – providing an opportunity for children and students of Malta to participate in STEM-based education on science and pushing the next frontier of life science research – in this case for type 2 diabetes mellitus research. The space environment has huge potential for research and development as well as innovation. The large number of people and entities that approached us after the project was launched was enormous – and serves as a testament that such a project links and connects not only people together but also countries.’ 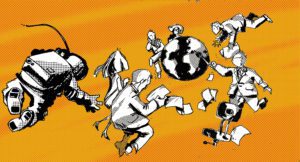 The third story takes us to India. They are planning to launch 75 satellites in the low Earth orbit region until the end of this year, celebrating the 75th anniversary of India’s independence. Developed by Indian students from Chandigarh University, Indian Institute of Technology Kanpur, and several other academic institutions, this space mission is designed to promote the internet of things (IoT) in space, experimenting with long-range inter-satellite and ground communication.

The three examples show us how space exploration is accessible in today’s world. We have space projects run by countries with no previous space programmes, internationally oriented initiatives allowing small countries to be a part of space programmes, and openness of such programmes to involve inexperienced students in developing some parts of the experiments.

Space is available for every country, every company, and almost every person in the world. Thus, it is time to start treating space as a common good and space governance as an inclusive policy process. With the platform for collaboration of all stakeholders on the issues related to orbit, celestial bodies, and outer space, we will obtain procedures for proper, ethical, and sustainable use of space.

Let us make outer space used for benefit of all!

Why should diplomatic academies shift to online learning?After Merkel
Scroll to top