You are here: Home1 / Promotion methods in foreign ministries – time for reform?

It was gratifying that such a banal theme seemed to resonate with so many, to the point we had over 100 registered for the Webinar. My thanks to all of you. And my apologies if I did not respond to all the points made. In the following, please find my summary and comments on the discussion held on 30 Jan 2015. The recording of the whole discussion can be found here.

I have studied the operation of foreign ministries and diplomatic systems since 1999, but my interest in this subject was sparked by a three-day seminar I attended at Clarens, Switzerland, way back in 1967. I remain a student, still learning and gathering information, so I am open to correction and new ideas.

Can we start a blog discussion on the themes that flow from our discussion? This summary is intended to spark further conversation.

A. Let me first offer a few general observations.

B. Rather than summarize our extensive discussion, let me highlight points that struck me, and leave it to you to add to this your observations on other issues that should also be considered. A couple of comments that came in via email are also covered.

C. Here are some suggested readings:

I much look forward to further dialogue on this subject. 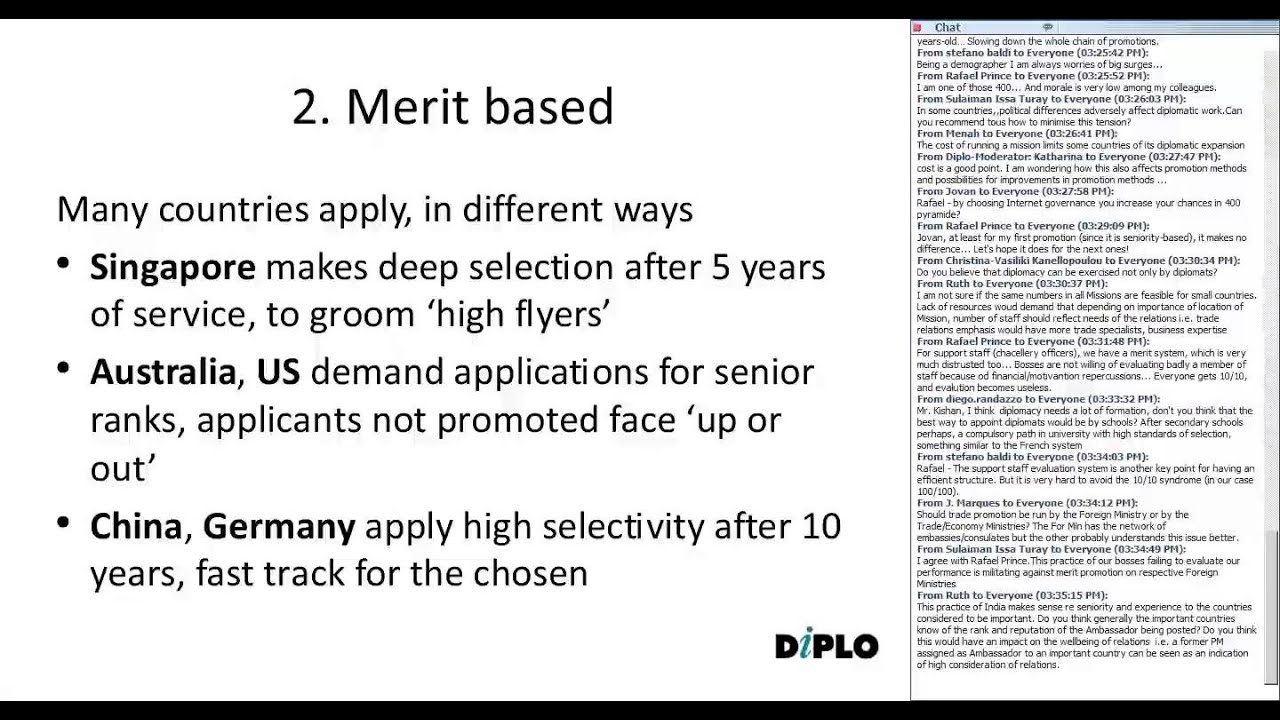