You are here: Home1 / Crowd Funding a Scholarship Fund for Developing States

Online crowd funding is deeply fashionable so we ventured into this new world with some trepidation. Just how valuable is Diplo’s work in supporting small and developing states develop capacity for effective engagement in international meetings and negotiations? Is it valuable enough for people to support a scholarship fund financing participation in Diplo’s programmes from such states? How would the Diplo message resonate with a global audience, mostly unfamiliar with the realities of diplomacy and our brand of online learning?

We were impelled by the realities of life post the 2008 financial crash and motivated by Diplo’s core mission to help bring about more inclusive and effective diplomacy. We know that diplomacy is undermined by a fundamental imbalance: that small and developing states are in a relatively weak position in the conduct of international policy processes. And a major cause is that their limited resources mean that they do not have a large enough pool of professional, confident, competent international staff.

We have always been able to provide full or partial scholarships to students who needed support on our blended learning programmes. But the financial crash means that there is less money available both within national governments and the mix of donor agencies, foundations and international organisations that have traditionally helped finance this work. So, we decided to start building up a Scholarship Fund that we could use to finance this support where necessary. It’s part of a plan to build up our education and training programme as a more independent social enterprise, where those who can afford it pay and those who can’t are able to access support.

At Diplo we have always been inspired by the community of interest and practice that has grown out of and around our programmes, a testament to their success and impact over the past 10+ years. So we decided to engage with that crowd of supporters and friends in a campaign to build the Scholarship Fund. Our research suggested that the mix of projects on the CrowdFunding site Pozible aligned with our values and programme as well as having a good balance of features and costs. We launched this week and have been spreading the word through social media, our own mailing lists and contacts. In two days we’ve already got to 16% of our target, which is hugely encouraging. 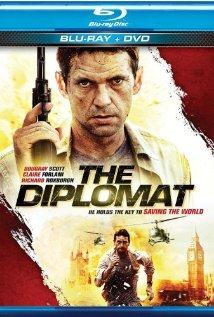 The untested element is how we will fare in Pozible’s open marketplace, that attracts a wonderfully random collection of creative and important projects – and therefore audiences. Organisations can easily get stuck in a groove. Like people, they tend to communicate most with those they know best, who support what they do and reinforce the case that they are effective, hard-working, and helping to make the world a better place. It’s always bracing to engage with new people, unfamiliar with our record and the case for supporting us. Even more invigorating when we suspect many will believe the negative stereotypes of diplomats continually refreshed in films such as ‘The Constant Gardener”, and that as many will be sceptical about the effectiveness of online training as a consequence of too many downloaded PDF files and slow-moving online chat windows.

So if you believe in the mission, that diplomacy is too important to be left to those who can afford it, and that the economy of online education provides a realistic way to address the huge demand for the kind of quality training we’re committed to, then join the campaign! Contribute yourself, if you can, of course. But above all, tell your friends and ask them to pass on the word. We have 40 days left!

(Oh, and don’t worry if we have already reached our Pozible target when you or your contacts decide to commit – we are aiming in the longer term for a much larger, sustainable, scholarship fund, and money committed over the target will be well used!)

Are cartoons and jokes SERIOUS teaching tool in Diplomacy?

Humanitarian diplomacy learning for the Americas