You are here: Home1 / A stronger voice: How Namibian diplomatic practice is updating to the era...

A stronger voice: How Namibian diplomatic practice is updating to the era of digitalisation

Emerging technologies are impacting citizens, communities, and countries in what is a momentous time for humanity, Namibia’s Deputy Prime Minister and Minister of International Relations and Cooperation Netumbo Nandi-Ndaitwah said, during the launch of a capacity development training for the country’s top diplomats, which came to an end today. Hence, knowledge is critical, she said.

Over 80 Namibian ambassadors and officials took part in the online training in Digital Diplomacy in 2022, run by DiploFoundation. The training, supported by Namibia’s Ministry of International Relations and Cooperation, was in partnership with Malta’s Ministry for Foreign and European Affairs.

Speaking at the launch, Malta’s Foreign Minister Evarist Bartolo said that diplomats need to strike balance between updating our diplomacy for the 21st century, and respecting the traditional values which diplomacy has nurtured for many years. Referring to a time when the world is struggling with conflict and uncertainty, the minister said that small states offered a unique insight on how countries can build relations with each other through multilateralism and negotiation. 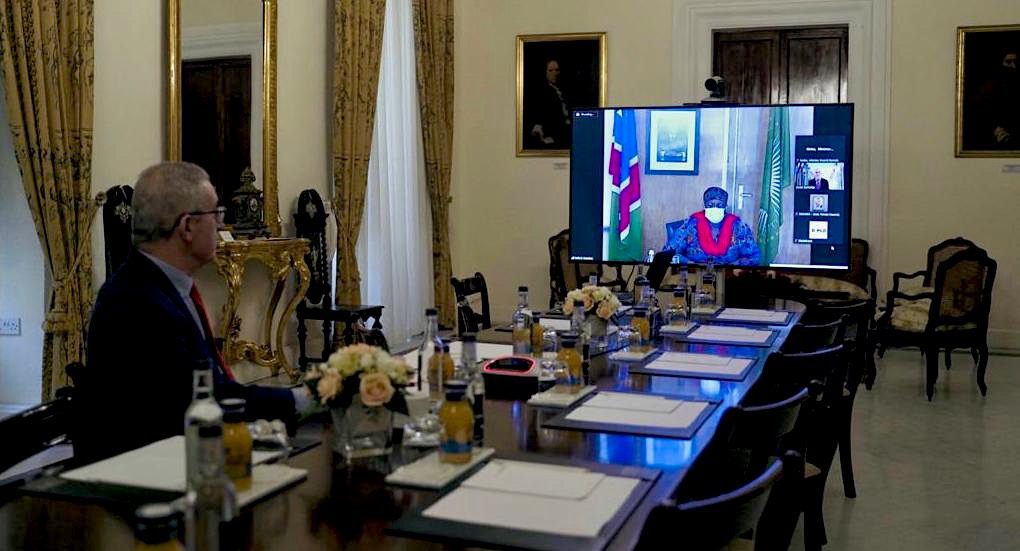 Malta’s Minister for Foreign and European Affairs Evarist Bartolo and Namibia’s Deputy Prime Minister and Minister of International Relations and Cooperation Netumbo Nandi-Ndaitwah, during the launch of the Digital Diplomacy in 2022 online training for Namibian diplomats

The 10-day intensive training in digital diplomacy tackled a broad range of issues, from cybersecurity and human rights, to geopolitics and emerging technologies. Its backdrop, as DiploFoundation director Jovan Kurbalija explained, was the interplay between continuity and change, and tradition and innovation.

The training tackled the three most pressing issues which diplomats are facing:

At the end of their training, the Namibian diplomats explained how the training tackled issues which they have been increasingly facing. Namibia is increasingly digitalisation aspects of society, which meant that diplomats have been facing more and more complex issues in negotiations.

‘Namibia has recognised that digitalisation enhances and facilitates the work of diplomats in various sectors, such as health, education, trade and security, in order to develop skills needed to navigate contemporary challenges,’ the Namibian ministry said.

The end of the diplomats’ learning journey was marked by an online certificate ceremony. Speaking at the ceremony, Anne-Rachel Inné, who serves as the director of the International Telecommunication Union’s (ITU) regional office in Africa, said that Namibian diplomats now have a stronger voice. Armed with knowledge of digital policy, diplomats can now appreciate the complexity of digital issues, and able to gauge the areas of special interest for Namibia. Namibian Deputy Minister for International Relations and Cooperation Jennely Matundu commended the efforts and the initiative of the diplomatic corps to undertake the intensive training.

Studying with DiploFoundation has been quite a journey… and it’s not yet over!

Workshop summary: The Role of Regional Organizations in Strengthening Cybersecurity and Stability

Quo vadis, United Nations?: Is the UN system too complex for its own good and...10 Digital Governance and Diplomacy Trends for 2022
Scroll to top