You are here: Home1 / 10th anniversary of the Humanitarian Diplomacy course

This year, Diplo is marking the 10th anniversary year of its Humanitarian Diplomacy online course, delivered in partnership with the International Federation of Red Cross and Red Crescent Societies (IFRC). This is a great achievement and the course has already had 561 participants from 121 countries.

How did this come to be? I’d say it is recognition in many countries and humanitarian organisations of the importance of helping those organisations understand how to best utilise diplomacy skills to improve humanitarian outcomes. This also includes academics, governments, intergovernmental organisations, and experts. 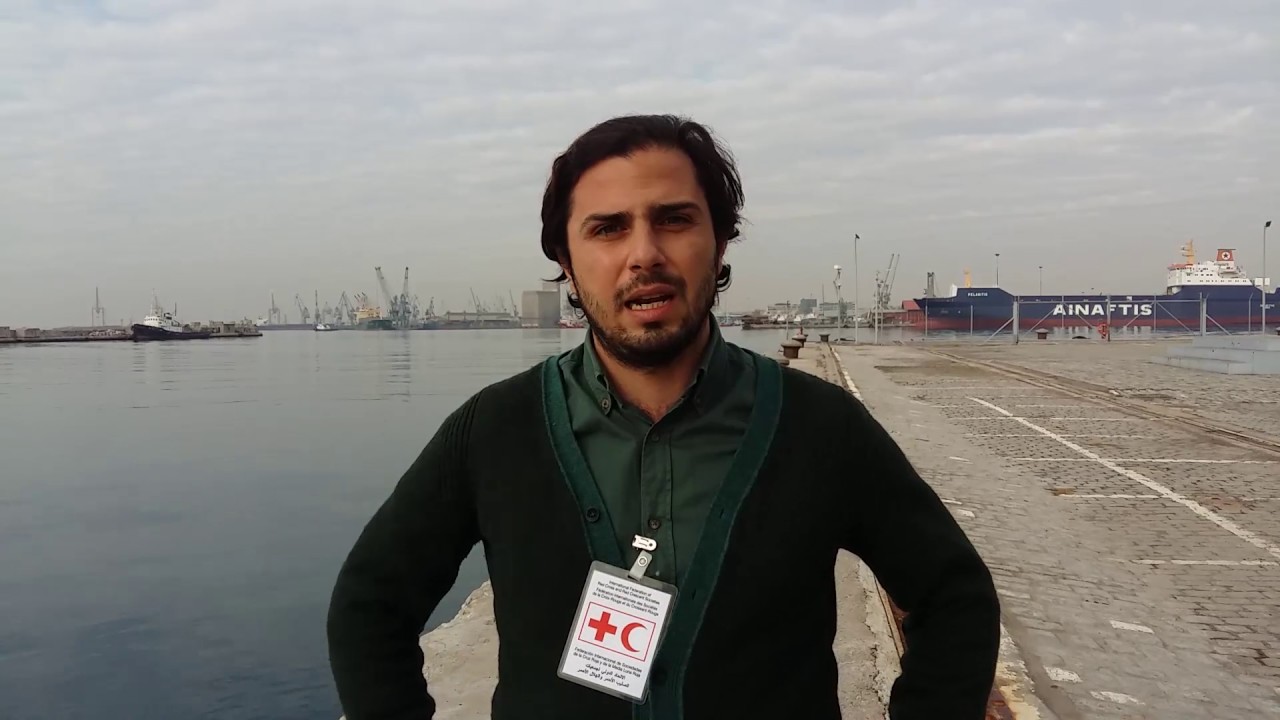 Origin of the course

The course originated after the historic 2009 decision of the IFRC Governing Board to adopt its policy on humanitarian diplomacy. The constitution of the IFRC gives the board the capacity to adopt policies which bind the member National RCRC Societies, but in 2009, in recognition of the significance of the first adoption by an international organisation of such a policy, the board decided to inform the RCRC General Assembly of the decision. This was done on 18 November 2009 at the Assembly’s session in Nairobi where a side event was held to explain the policy and its value to National Societies.

The IFRC recognised that the policy, having been prepared after very extensive consultations with a wide range of experts and partner organisations, needed strong buy-in from other components of the RCRC Movement, and accordingly, the nature of the tools provided to humanitarian organisations by the HD policy were taken into account at the Movement’s Council of Delegates, at a workshop on 24 November 2009 on Relations with Actors Outside of the Movement.

This work was brought to the attention of the next International Conference of the RCRC in 2011. In the time between the 2009 meetings and the International Conference, discussions with Diplo had produced an agreement between the IFRC and Diplo that an online course, managed by Diplo, should run to introduce the policy and its implementation in action, and engage humanitarian organisations and workers worldwide.

The decision to run the online course was marked by a side event at the International Conference in 2011 which was addressed by Diplo’s director, Dr Jovan Kurbalija.

The first Humanitarian Diplomacy course was conducted in February 2012. In some senses it was experimental as it was necessary to gauge the knowledge already in place in the Movement. It was also important to gauge the levels of interest at the various levels at which the policy could be applied and add value. These included the:

This includes the use of humanitarian diplomacy in national settings – it is not only valuable for international actors.

The areas are many and varied, but experience of the ten years of the course has produced some thematic headings which recur, as well as some which are new and reflect the different ways in which diplomacy is now used nationally and internationally. 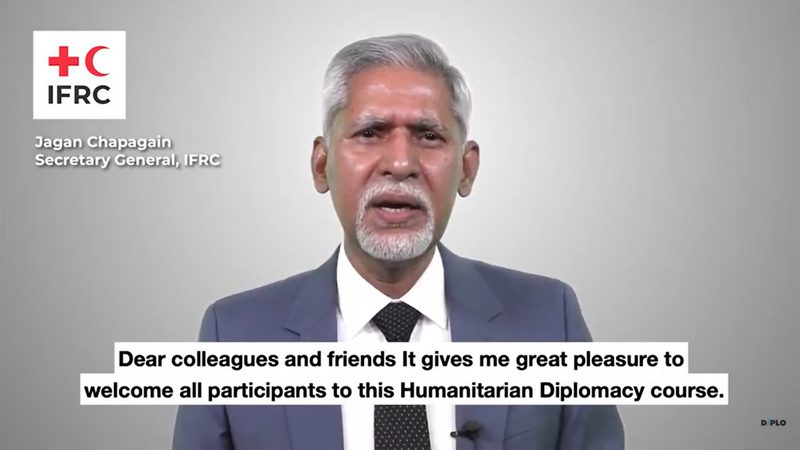 A quick glance at these thematic headings shows that participants have joined the course because of its relevance to their work in settings in:

This led the course managers to consider that, unusually for Diplo courses, there needed to be a diverse range of lecturers to work with the participants. This has led to the regular engagement of lecturers with experience in the IFRC and with National Societies, in the International Committee of the Red Cross (ICRC), in work with governments, and in work with the military.

The lecturing group works closely with the course managers, and as a team.  This team has worked very well, but it is constantly looking for ways of broadening its character, and this 10th year will provide opportunities for considering changes to introduce more cultural and gender diversity for the team, and the greater use of technologies to make it stronger.

The evolution of the course methodology

Technology has been an asset for the course, and although it might seem odd, it is fair to say that the COVID-19 pandemic has helped the team and the participants come to grips with the best ways of working across time zones and continents more effectively than ever before.

This technology reach is also relevant to our finding that the groups most often central to the course include a large number of participants who are engaged in field work in distant locations. They are often far from the headquarters of their organisations, working directly with affected communities. The team has seen that this provides the course with one of its greatest assets – while it maintains the degree of rigour which might be expected of a course with an academic (diploma) outcome, the course is designed to be manageable for humanitarian field workers who will not have either the time or the background to undertake a university course as such. 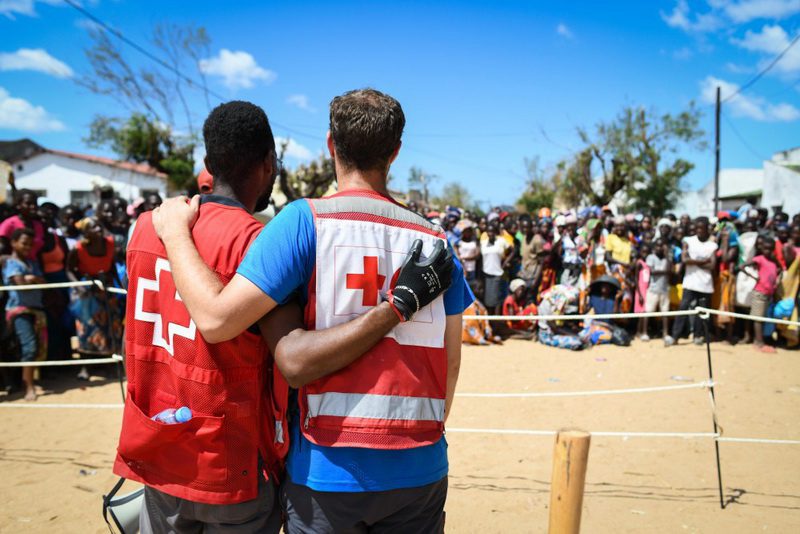 The team does however believe that the course can and should enable graduates with a diploma to present themselves for further degree study at universities and it pleases us greatly that our graduates often successfully seek admission to universities in higher degree courses.

The team felt that when the course came to its 10th year, it should engage with the IFRC, its main sponsor, to ensure that the outcomes delivered continue to meet the IFRC’s expectations. A meeting was held between the Diplo director and the IFRC secretary general in 2021 which provided a strong indication of the value attached to the course.

Reflecting this, while the course is delivered in English it is possible for people who wish to do so to complete their written work in English, French or Spanish. Similarly, the course has built a strong bank of excellent tutors who can work with participants in languages beyond English if that is likely to be helpful, significantly enhancing their ability to deepen their research work.

Recent years have seen a significant increase in enrolments from humanitarian organisations outside the RCRC Movement, and that has by itself improved the exchange of experience and ideas between the participants.

Diplo has commissioned its own 10th year review of the course. This is now underway and we expect it will produce recommendations which could be introduced quickly. Feedback on the course has been helpful, and indications so far are that there will not be wholesale changes to the course or its structure (8 lecture weeks including 6 assignments and a 5,000-word research paper), but there are likely to be many suggestions for improvement which Diplo and the team will discuss with the IFRC and other organisations, including ICRC this time.

It’s a great course and it’s been a great addition to humanitarian action.

Mr Christopher Lamb is a former Australian ambassador who went on to work with IFRC, and now continues his work from Melbourne where he provides advice to various RCRC National Societies IFRC. He is the head lecturer of the Humanitarian Diplomacy online course, of which he developed much of the original content.

2020: The year of online participation