You are here: Home1 / When you are in a hole – stop digging!

When you are in a hole – stop digging!

“Speaking at the Tenth Annual Altegris Conference in Carlsbad, Calif., in front of a group of more than 500 financial advisors and investors, Ferguson responded to a question about Keynes’ famous philosophy of self-interest versus the economic philosophy of Edmund Burke, who believed there was a social contract among the living, as well as the dead. Ferguson asked the audience how many children Keynes had. He explained that Keynes had none because he was a homosexual and was married to a ballerina, with whom he likely talked of “poetry” rather than procreated. The audience went quiet at the remark. Some attendees later said they found the remarks offensive. [1]

Ferguson, is the Laurence A. Tisch Professor of History at Harvard University, and a prolific author on the rise and fall of empires (I declare a disinterest – somehow his grand narrative about empires never did attract my curiosity). After writing on the British and American empires and on the ascent of money, he has portayed Margaret Thatcher. His latest work is: The Great Degeneration: How Institutions Decay and Economies Die. Ferguson says it’s only logical that Keynes would take this selfish worldview because he was an “effete” member of society. Apparently, in Ferguson’s world, if you are gay or childless, you cannot care about future generations nor society. 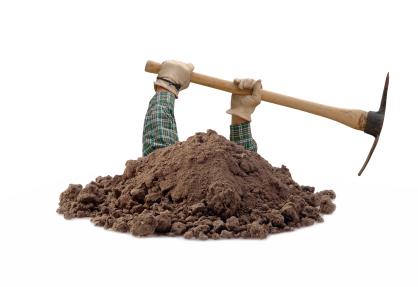 On the substance: the remark is doubly wrong. Psycho-history has long gone out of fashion. The chain of causation from a problematic non-professional personality assessment of a person to policies is far too long to warrant discussion. It is prejudice by plausibility. More to the point: empires were often run by a “gelded” bureaucracy.[2] There is nothing to indicate that such bureaucracies did or do not consider the future appropriately.

On the form: “Two days after he spoke, Professor Ferguson issued an ‘unqualified apology’ for what he termed his ‘insensitive’ and ‘stupid’ remarks. He also acknowledged his remarks were ‘doubly stupid’ since Keynes’ wife suffered a miscarriage.”

This choice of such platitudinous expressions and arguments betrays, in my jaundiced view, Ferguson’s bowing to the “politically correct” – and letting some people in the know know of this. In Australia they call it “dog whistle politics”: political messaging employing coded language that appears to mean one thing to the general population but has an additional, different or more specific resonance for a targeted subgroup.

We all say stupid things. We regret it at leisure. Sincerity in apologizing is all-important. Stereotype phrases are counterproductive. This applies particularly to diplomats, who need to build bridges between civilizations. Their outstretched hand must feel genuine. Hence my suggestion: When you are in a hole – stop digging!