[WebDebate #41 summary] The UN at 75: Evolution or revolution?

We organised our September WebDebate, ‘The UN at 75: Evolution or revolution?’, to mark the occasion of the 75th anniversary of the United Nations. By looking back at the past 75 years of the world organisation, we zoomed in on two key questions.

The discussion focused on three core pillars of the UN: peace and security, human rights, and sustainable development. In addition, we explored digital co-operation as a cross-cutting issue connecting these three core pillars of the organisation. For this debate, we were joined by Dr Jovan Kurbalija (Executive Director, DiploFoundation), Mr Marc Limon (Executive Director, Universal Rights Group), Ambassador Asoke Mukerji (India’s ambassador and permanent representative to the UN in New York from 2013 to 2015), and Ms Irena Zubčević (Chief, Intergovernmental Policy and Review Branch, UN Department of Economic and Social Affairs).

Are we seeing an evolution or a revolution in some of the key UN topics and how they are addressed?

According to Mukerji, there are good reasons to speak of evolution in the area of peace and security. Membership is universal and has increased from 51 founding members to 193 today. Through the UN General Assembly, a democratisation of international relations has taken place. At the same time, the UN Security Council is in dire need of reform and it is difficult to speak of an evolution in that area of the UN.

Zubčević reminded us of the revolutionary character of the sustainable development goals (SDGs) and the process of adapting them. For the first time, there was a global agreement on a universal agenda that holds true for developed and developing countries alike. The SDGs touch on all aspects of human life, and encompass the peace and security, human rights, and sustainable agendas. They represent a forward-looking agenda that – in its attention to people, the planet, prosperity, peace, and partnerships – is much needed at present.

Digital technology was a driver of international co-operation. However, the UN’s experience is a mixed bag, as Kurbalija, who headed the Secretariat of the UN High-level Panel on Digital Cooperation, argued. We can observe an evolution from the World Summits on the Information Society in the early 2000s, to the current emphasis on technology in the Secretary General’s RoadMap on Digital Cooperation. Kurbalija argued that the UN is now coming to a realistic understanding and relationship with technology. Technology should be seen as the connector between the three pillars discussed in the debate.

What are the key points for the future of the organisation?

Mukerji argued that it is high time for the UN to become truly multistakeholder in structure and working. Further, in light of digital developments, we need to build a ‘digital home’ for the UN. And lastly, it is time to bring the UN back to the people. Limon argued that, in terms of human rights, we need to make sure that the human rights pillar does not stay confined to being the ‘small’ pillar in the work of the UN – only 3% of the UN’s regular budget is allocated to the human rights pillar compared to about 25% for both development and security. Zubčević issued a powerful reminder that we cannot imagine a world without the UN and that in order to make sure the organisation has a stable footing in the future, we need to strengthen multilateralism and global solidarity. Kurbalija returned to his suggestion regarding a digital home for the UN. He argued that a digital home for the world is needed and that there is no better place than the UN in terms of: first, a space for diplomatic online meetings and, second, a space where questions and concerns about digital policy can be raised and resolved.

Diplomacy in times of COVID-19 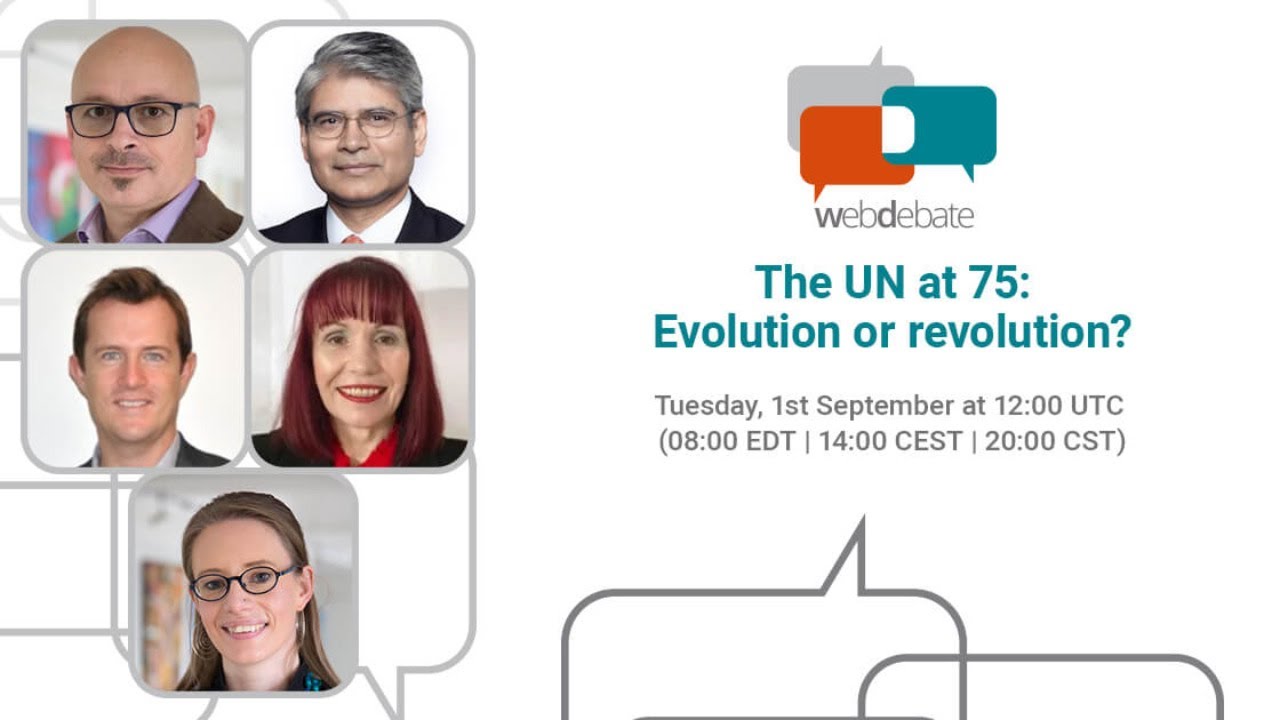