You are here: Home1 / [Summary] RightOn #11: Communicating human rights: How to win the global...

[Summary] RightOn #11: Communicating human rights: How to win the global ‘battle of ideas’

Studies show that people tend to gravitate more towards negative news than positive ones. While this may be a worrying trend, hope exists for a more positive type of content, according to research led by Prof. Stuart Soroka from the University of Michigan.

The field of human rights is no exception to this phenomenon. In this context, the Right On initiative held a webinar titled ‘Communicating human rights: How to win the global “battle of ideas”’,  in order to discuss the more positive side of the international human rights system, and examine the role modern communication techniques and strategies can play in tackling human rights.

The discussion kicked off with a general observation that outrage moves people. Whereas human rights violations, such as torture, are regarded as injust and unfair, the challenge lies in broadening public interest to include other human rights breaches such as the lack of access to courts and education.

When it comes to the UN Human Rights Council’s special procedures and reporting on human rights, participants pointed to the need to include content that generates publicity, tackles real-life issues, and provides a critical outlook.  A failure to include such coverage often results in low exposure of the information. That said, the ability to communicate an optimistic message and positive takeaways is a key component in ensuring a good reception of a human rights news report.

A human rights response to populism

Speaking on the rise of populism and the role of human rights civil society organisations, it was highlighted that the response should come from the opposition, elections, and, ultimately, politics. Civil society, for its part, has a limited role in this regard. It can, nevertheless, help defeat populism by, for instance, reflecting on its composition (e.g. refraining from elitist employment policies that only hire individuals of a privileged status), interacting with religious actors that have a prominent role in certain countries (e.g. Brazil), and avoiding technical language often associated with human rights. Instead, they should embrace a more approachable communication style.

The so-called ‘curse of knowledge’ (i.e., knowing too much, but communicating in a complicated way) is also a challenge that other actors face, including the EU. Inadequate media coverage of human rights efforts, the loss of public support, and the increasingly complex digital environment, make it increasingly difficult to communicate human rights topics.

To tackle this issue, in 2017, the EU reached out to the ‘unusual suspects’, i.e., actors who do not necessarily deal with human rights but could help out. These included, among others, epistemologists, cognitive scientists, artists, and cartoonists. Based on their recommendations, the EU published a document titled ‘10 Keys to Effectively Communicate Human Rights’  on how to modify and improve communication with the general public and convey messages in a simple and visual way. The EU additionally established a Human Rights Communicator Network where practitioners can share success stories as well as their less successful experiences.

The importance of adjusting to the new circumstances also came up in the discussion. The case of the Geneva International Film Festival and Forum on Human Rights (FIFDH), that is combining onsite gatherings with virtual elements amid COVID-19, was used as an example on how to ensure a public screening and debate on human rights despite the cancellation of an event. Against this backdrop, it was stressed that the focus should be aimed at engaging the audience rather than just shifting the content to the digital space. 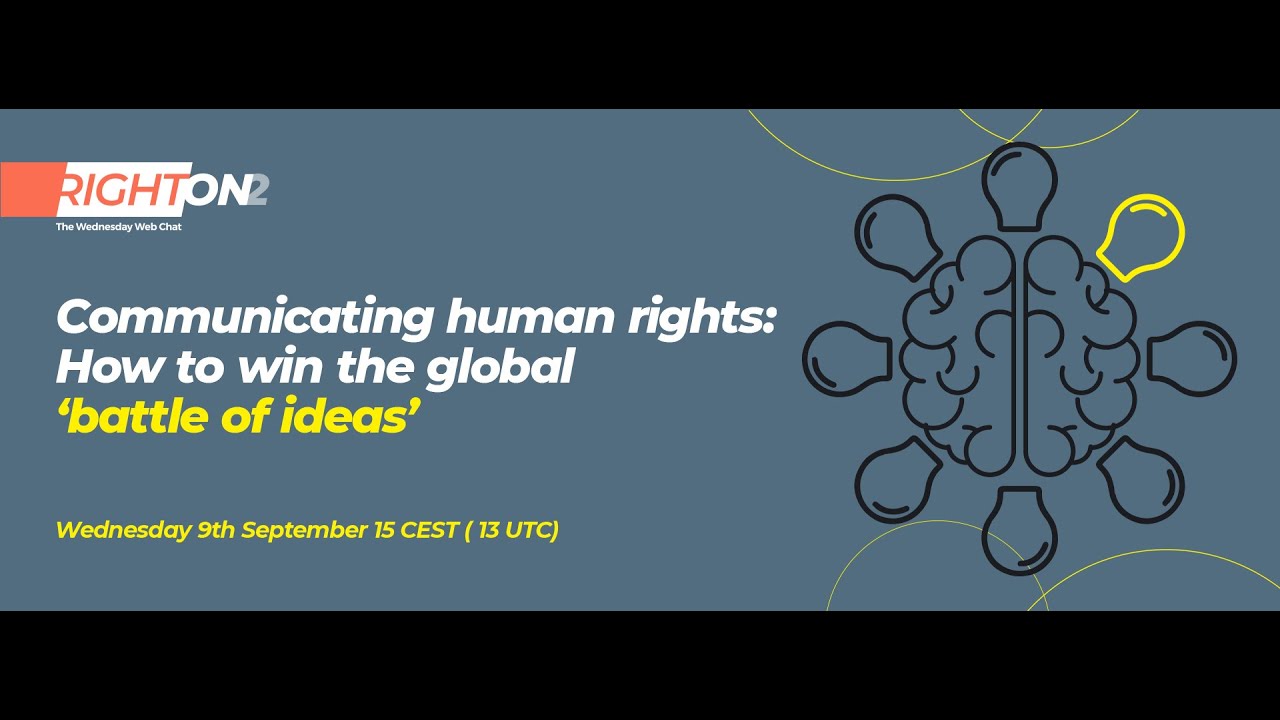 15 years of the World Summit on the Information Society (WSIS)[WebDebate #41 summary] The UN at 75: Evolution or revolution?
Scroll to top