You are here: Home1 / Are international immunities of heads of state and government officials...

Are international immunities of heads of state and government officials undergoing a major change?

The immunities from criminal and civil liability of heads of state and senior government officials (such as the minister of foreign affairs) are set out in customary international law, not treaties or conventions; the exception is the UN Convention on Special Missions of 1969 which mentions, in Article 21, that heads of state enjoy ‘privileges and immunities accorded by international law to Heads of State on an official visit’, but it does not elaborate further. Consequently, the exact nature and scope of the immunities is ambiguous. 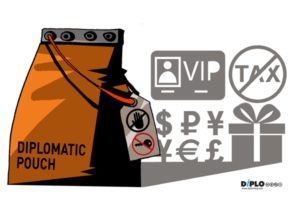 International Court of Justice vs UK House of Lords

The ambiguity of the immunities of heads of state is best illustrated by contrasting decisions of the International Court of Justice (ICJ) and the UK House of Lords.

In the Case Concerning the Arrest Warrant of 11 April 2000 (Democratic Republic of the Congo v. Belgium) [2002] ICJ 1, the ICJ reaffirmed the principle of immunity of the head of state and other high officials. The Court stated: ‘in international law it is firmly established that […] certain holders of high-ranking offices, such as the head of state, head of government and minister of foreign affairs, enjoy immunities from jurisdiction in other states, both civil and criminal’.

The ICJ has stated clearly that heads of state are immune for all acts performed during their time in power, including torture, genocide, and crimes against humanity.

The UK House of Lords came to a very different conclusion than the ICJ in regard to the actions by General Pinochet in Chile, finding that the nature of the acts (mass murders, torture, disappearances) could not logically be considered as official acts, and therefore Pinochet was not entitled to immunity in the courts of UK.

Immunities in the USA and Canada

Recent actions taken by Western states, particularly the USA, suggest that they see no validity to immunity of government officials when they act contrary to certain international norms, such as engaging in corruption or human rights abuses.

The Section 353 Corrupt and Undemocratic Actors Report to Congress of July 2021 listed 55 government officials from El Salvador, Guatemala, and Honduras as ineligible to enter the USA, and revoked any existing visas they have to the USA, because of credible allegations of corruption by these officials. The list includes current ministers of the governments, former ministers, and other high-level officials of the countries.

The USA has also proposed a new international initiative to stop corruption (primarily from the demand side – i.e. demands by government officials for bribes).

The White House Memorandum on Establishing the Fight Against Corruption as a Core United States National Security Interest states, at para. 2 (f): ‘Work with international partners to counteract strategic corruption by foreign leaders.’

The US Foreign Extortion Prevention Act, not yet passed, would criminalise the demand for bribes by any foreign official of an American company. The wording would include a head of state.

The USA has enacted the Magnitsky Act (formally known as the ‘Russia and Moldova Jackson–Vanik Repeal and Sergei Magnitsky Rule of Law Accountability Act of 2012’) intending to punish Russian officials responsible for the death of Russian tax lawyer Sergei Magnitsky in a Moscow prison in 2009 and also to grant permanent normal trade relations status to Russia. Since 2016, the Act, which applies globally, authorises the US government to sanction those it sees as human rights offenders, freeze their assets, and ban them from entering the USA.

Canada has enacted similar legislation entitled Justice for Victims of Foreign Corrupt Officials Act, which allows Canada to seize property in Canada owned by a person named in the regulations as being a foreign corrupt official. One of the people named in the law is President Nicolas Maduro of Venezuela. The United States has also imposed sanctions against Maduro directly.

Actions of the EU

The International Law Commission has developed draft articles on the immunities of heads of state. Article 7 removes immunities for crimes such as genocide, torture, crimes against humanity, war crimes, torture, and forced disappearance. These draft articles seemingly reject the view of the ICJ on this matter and approve of the decision of the UK House of Lords on Pinochet.

However, the exceptions contained in the ILC draft articles do not extend to corruption or human rights abuses which do not rise to the level of crimes against humanity.

Since rules of customary international law are based upon the actions of states, we are likely witnessing immunities of government officials under customary law being diminished significantly by the actions of the USA, EU, and Canada.

A microphone in an embassy and a loss of ethics

Is it time for a review of the Vienna Convention on Diplomatic Relations?

[Podcast] The Diplomat’s Sofa #3: Why diplomats should care about cyberse...Diplomatic immunity: The reality of the sources of the law
Scroll to top