You are here: Home1 / How disease shapes political narrative

The spread of the Coronavirus has caught many countries unprepared, and there has not been a unified response to the mounting threat. Governments around the world began targeting those they feel are responsible for the crisis. Enemies were numerous. Some were invisible, some were foreign citizens coming from Coronavirus hotspots, and others were disobedient co-nationals.

A common threat is a major cohesive factor and keeps societies under siege on constant alert, especially in times when social media platforms and media sources constantly remind us that threats lurk around every corner. In just one day (4 May, 2020), social media posts on the Coronavirus reached over 10 billion people, according to the social media monitoring tool Awario. 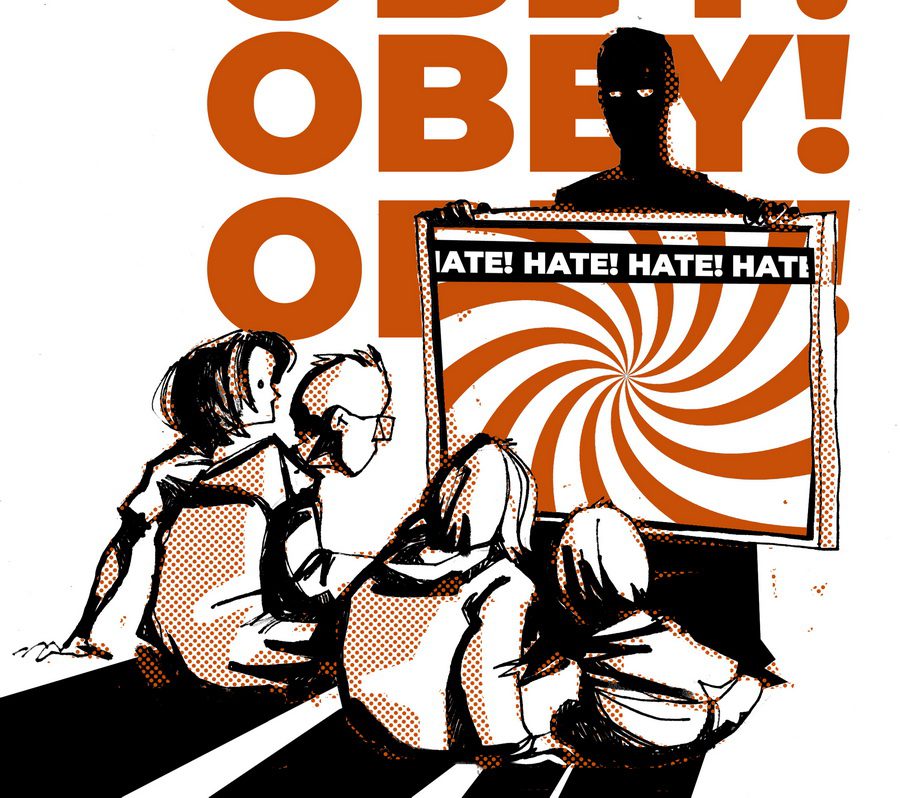 Creating and exploiting the ‘siege mentality’

The notion of a threat to the existence of each and every member of a group has stirred nationwide fear and panic. The mounting threat has led to massive stockpiling, accelerated by stories of potential shortages and indefinite lockdowns. It also led to blaming the ‘others’ for the crisis.

This fear has fuelled anti-Chinese and anti-Asian sentiments. Statistics show that there has been a 900% increase in hate speech on Twitter toward China and Chinese people.

Moreover, in times of crisis, old enemy images awaken and adapt to the new reality. Recently, Germany has seen a rise in COVID-19-related hate speech targeting Jews and Israel. Radical groups have started to exploit the pandemic by spreading disinformation and conspiracy theories online, ranging from those connecting the COVID-19 outbreak to the Jewish takeover of the world economy, and Jews profiting from a possible Coronavirus vaccine, to those claiming that the Coronavirus was a biological weapon developed by Israel.

It is not only radical minorities that capitalise on the spread of conspiracy theories and false claims. The COVID-19 bioweapon conspiracy theory has also been exploited by politicians worldwide, attributing responsibility as needed to one or the other world power.

Tightening the grip on power

Politicians have also begun to exploit nationwide fear and use the crisis for their personal political gains, while some leaders with authoritarian tendencies have used the window of opportunity to tighten their grip on power.

In the United States, a number of politicians have referred to the novel virus as the ‘Wuhan virus’, the ‘Chinese virus’, and the ‘foreign virus’, stigmatising the Chinese people for political gains. This is not a novel phenomenon though. It is part of a long history of attempts to shape public opinion about the ‘others’ through the politicisation of epidemics and blaming other countries for diseases.

Across the globe, leaders have used the window of opportunity and passed emergency decrees and legislation expanding their powers during the pandemic at the expense of civil liberties and fundamental rights.

Examples are vast. Authorities in Jordan, Oman, Morocco, and Yemen issued decrees suspending publications of newspapers in response to the COVID-19 pandemic. The Philippine Congress passed legislation last week that gave President Rodrigo Duterte emergency powers. The Hungarian parliament passed an emergency bill granting the prime minister the right to rule by decree for an indefinite period of time. The law introduces prison terms of up to five years for anyone who publicises misinformation that alarms the public or impedes government efforts to protect people. Israel’s prime minister has shut down courts and ordered the Israel Security Agency to identify people who should be quarantined using their cell phone data.

Many other countries have also resorted to digital surveillance of at-risk citizens. While these measures have been justified by the need to halt the spread of the virus, should such a practice take hold, it could be maintained in some countries even after the end of the health crisis.

Towards the ‘new normal’

Articles and comments on what the world will look like after the pandemic are plentiful. Most of them address a stronger role of the state, announcing the return of the Leviathan. The crisis has again demonstrated that in times of emergency people turn back to the state as it has financial, organisational, and emotional strengths that global institutions lack. In her emergency address, Chancellor Angela Merkel did not mention Europe or the EU once. The EU has also been criticised for the lack of solidarity in times of need.

The health crisis has also been music to the ears of many nationalist and populist politicians who found a fertile ground to voice their demands on tighter border controls and greater protectionism. Whereas the Hungarian government immediately resorted to an anti-migration communication scheme, far-right politicians in France, Italy, and Spain urged governments to introduce strict border controls. Several EU member states have reintroduced borders for the time being.

The friend-enemy dichotomy, that the governments and politicians across the globe have flirted with since the pandemic outbreak, may linger after the crisis. It may thwart regional integration and international co-operation. It may exacerbate existing domestic tensions. Finally, slamming others may be a way some leaders cope with the economic, social, and other consequences of this crisis.

[Summary] RightOn #6: From crisis to opportunity: How to build back better?