On 30 January 2015, the Zimbabwean president Robert G. Mugabe was appointed chairperson of the African Union (AU) for the year. As chairperson, Mugabe divides the audience: some perceive him as a nationalistic hero and true pan-Africanist, while others see him as a dictator and gross human rights violator. To have such a divisive chairperson can be seen as a disadvantage for the AU, which often struggles for cooperation and unity. The AU is in need of a strong chairperson who can unite the member states and encourage collective action. The question is, how does Mugabe try to unite AU members through his acceptance speech? Let’s draw on the theory of constitutive rhetoric, an approach within the field of rhetoric that e.g. investigates how speakers engage their audiences. It focuses on the collective identity the speaker tries to call upon by placing it in a historical perspective, and considers how the speaker encourages the audience to act in accordance with this collective identity.

In 1963, the Organization of African Unity (OAU) was founded in Addis Ababa. Its charter states that it was established with the purpose of promoting the unity and solidarity of the African nations, and eradicating all forms of colonialism from the continent. These purposes can be seen as characteristics of the collective identity of the OAU. It is interesting how, in the beginning of his speech, Mugabe chooses to focus on the establishment of the OAU: ‘More than five decades ago, I had the privilege, as a representative of ZANU, a liberation movement then, to attend the historic occasion of the founding of the OAU in 1963, in Addis Ababa.’ In this opening sentence, Mugabe places himself among the founders of the OAU. A little later in the speech, Mugabe also explains how the OAU was replaced by the AU: ‘Africa has come a long way since then. In 1999, at Sirte, Libya, we transformed the OAU structures into the African Union, this in order to take into account the current realities on the Continent. We have also taken steps to strengthen the essential building blocks for greater African Unity.’ Though Mugabe seems to believe there have been improvements since 1963, this quotation implies that he continues to believe in the need to promote African unity.

Throughout the speech, Mugabe distances himself and the AU from the international community, for example by nicknaming it ‘the so-called champions of human rights’. This is a powerful tactic when constituting an audience, since it makes it clear who we are, and who they are, and leaves an impression of an “us and them”. It is notable that skepticism towards the international community and the necessity of African unity are similar to the rhetoric that was dominant when the OAU was established in 1963. By using the same messages and arguments, Mugabe therefore re-claims the collective identity from 1963 as a reality today and makes himself a spokesperson for the AU’s forbearers.

A justification for freedom and growth

After a collective identity has been provided, the speaker needs to place it in a historical perspective, so the audience is reminded why such collective identity is necessary. Mugabe chooses to do so from a personal point of view: ‘I still recall, quite vividly, the palpable collective resolves, dedication and commitment of our forbearers, to unite and free our continent from the twin scourges of colonialism and poverty.’ Here, Mugabe places the AU in a historical perspective by telling how the forbearers rebelled against colonialism and poverty. This indicates that the collective identity was established as a justification for freedom and growth, and that this will fail if the collective identity fails to succeed. The sentence also implies that Mugabe is very knowledgeable of the AU’s history, but his knowledge also comes with 91 years of age (not to mention 35 years as president of Zimbabwe). It is his high age and long political engagement that puts Mugabe in a position where he can share personal experiences from Africa’s colonial past. This gives power to his rhetoric since it shows that he has fought long for a prosperous and decolonized Africa – a goal he, despite his great age, is still committed to achieve.

When the collective identity has been put in a historical perspective, the speaker needs to motivate the audience to act in accordance with this identity. This is in order to orient the audience towards future action. More specifically, Mugabe needs to provide AU member states with a course of action in line with the collective identity he has outlined. An example of this is when Mugabe brings up Western Sahara, which today is treated by the United Nations as the last remaining colonial issue in Africa: ‘Our failure to complete the decolonization process in Western Sahara would be a serious negation of the ideals that our founding fathers fought for and bequeathed to us.’ In this sentence, Mugabe underlines how this future course of action should not only be an aim for the AU anno 2015, but also would be an aim of its forbearers. Again, Mugabe can make such statements convincingly due to his age, and because he has already placed himself as belonging to the group of AU forbearers.

The right way to constitute the African Union

As the examples show, Mugabe tries to constitute the AU by relying on the original collective identity of the OAU. He tries to benefit from his age and long political engagement by sharing stories from a personal point of view with the aim of underlining why African unity is a must, and distance from the international community is necessary as well. The decolonization of Western Sahara is presented as an example of a course of action that moves the AU ahead. Whether Mugabe’s way of constituting the member states is the right way for the AU to move forward can be questioned, but this is not the aim of this blog. However, an alternative way of constituting the AU could be to redefine the collective identity by focusing more on the establishment of the AU in 2002 instead of drawing parallels all the way back to 1963. This could contribute to a new identity of the AU and perhaps include the new generation to a higher degree. 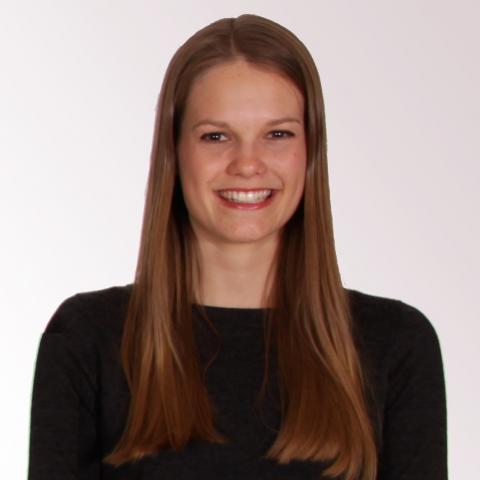 Kristine Borritz Milfeldt is a graduate student in rhetoric from the University of Copenhagen with a minor in political science from the University of California, San Diego. She has previously worked at the Royal Danish Embassy Office in Zimbabwe, the United Nations, the Danish Broadcasting Cooperation, and in 2013 she founded the award-winning University of Copenhagen Model United Nations. This has inspired her to base her master thesis on the African Union and the leadership of Robert G. Mugabe. Kristine is an academic blogger with DiploFoundation.

“One state one vote” in climate change negotiations

Human rights in focus during Freedom Online Conference in MongoliaDealing with positive and negative externalities of the Internet as a global...
Scroll to top