You are here: Home1 / Human rights in focus during Freedom Online Conference in Mongolia

The 5th Annual Conference of the Freedom Online Coalition (FOC) took place in Ulaanbaatar, Mongolia, on 4-5 May. Mongolia was a very good host for some 250 participants – representatives of most of the 26 FOC member countries, Internet intermediaries and the corporate sector, and digital activists and human rights organisations, as well as a number of Mongolian professionals and officials. During the speeches of the host officials, it was revealed that Mongolia is seeking to garner support to become a member of the UN Human Rights Council. 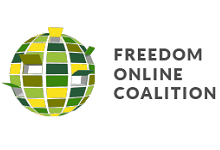 The opening speech by the President of Mongolia resonated particularly among the participants: apart from supporting online freedoms, his invitation to international companies to invest in data-centers in Mongolia was very interesting. Corridor discussions confirmed that Mongolian’s vast territory with dry and cold weather could indeed be ideal for hosting data-centers. Yet, the main concern was that due to its physical constraint of bordering only with Russia and China, the uplink with data-streams from such data-centers would need to go through one of only two countries. The forward-looking plans were, nevertheless, praised.

Throughout the plenary sessions and workshop breakout meetings, the conference participants discussed a range of topics related to human rights online, including surveillance, censorship, hactivism, cybersecurity, privacy, rule of law and media freedoms, as well as child protection.

Most discussions revolved around best experiences with regards to national and international policies in the field. It was reiterated that the international human rights and humanitarian law that applies online also applies offline, referring also to the reports of the UN Human Rights Council and the UN Governmental Group of Experts. Practical assistance for human rights defenders – such as tools for surpassing censorship – was also discussed. Capacity building was also on the agenda, particularly with regards to how countries can help each other when it comes to digital policies developed to include human rights ‘by design’.

The work of the three working groups of the FOC was of particular relevance: WG1 analysed ways to introduce human rights aspects to global discussions on cybersecurity; WG2 worked on digital development and openness, and looked at particular aspects in the application of the rule of law online; WG3 focused on the protection of privacy and principles of transparency online. Some of the concrete outputs of the working groups include the mapping of major cybersecurity events and processes, which can help human rights activists follow the cybersecurity debates more closely, and the working definition of cybersecurity based on international documents. The mandate of the working groups was extended; further tangible outcomes are expected in the near future.

The next steps for the FOC include the establishment of a review of coalition processes, such as the membership criteria and obligations, and organisational arrangements. It is expected that the review would clarify whether the goal of the Coalition is in influencing global policymaking processes or rather in maintaining a coalition of like-minded states in relation to online freedoms. The host of the 2016 FOC Conference is expected to be announced in the next few weeks.

This report was prepared by Vladimir Radunovic who participated in the Freedom Online Conference in Ulaanbaatar, Mongolia, on 4-5 May.

Bay Area and Geneva Lake: So far and yet so close