You are here: Home1 / The abuse of analogies: Upon reading the article ‘Reading the CCP Clea...

The abuse of analogies: Upon reading the article ‘Reading the CCP Clearly’

The pivoting argument in the article ‘Reading the CCP [Chinese Communist Party] Clearly’ by Perry Link (The New York Review of Books, 11 February 2021 issue) on US policy toward China is the topos of appeasement vs disagreement or resistance. I quote the analogy: ‘Why are the lessons the West has learned opposing dictators like Hitler, Mussolini, and Stalin so difficult to apply to China?’

Is the analogy appropriate? Let’s have a closer look:

In addition, the CCP after Mao seemed then to have learned from Mao’s murderous policies of the past:

In other words: In the USA (and then the UN Universal Declaration of Human Rights), the Faustian (political) bargain struck was: enshrined political rights but no enforceable economic rights. In China it was just the opposite (in the Chinese way): the economy comes first.

What about international economic policies? 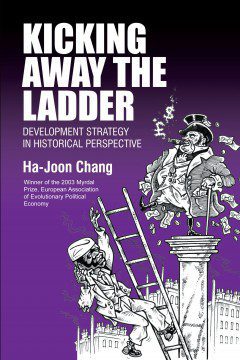 As China developed, it faced the issue of transition from developing country to developed. The World Trade Organization (WTO) has no explicit graduation rules – its failure, not China’s. While WTO was excellent in lowering tariffs and some kinds of non-tariff barriers, it also enshrined deeply protectionist policies in some areas – e.g. intellectual property. Mercantilist policies in this area had powered development of Western countries.

The geopolitical geography is different.

The culture is different.

Since its inception, China has struggled to sustain unity. Rebellions/banditism from below and warlordism have been a recurrent feature. The regime imposed its authority by claiming a ‘mandate from heaven’. Alternance in power was never contemplated. Hence, the assimilation CCP = China is consistent with Chinese culture.

China has forever been ruled by an oligarchy (mandarins) that were rotated regularly in order not to obtain local attachments and acquire local power. The CCP before Xi seemed to have taken up this model again. Of course, there was corruption, but it had a constructive rather than an extortionary form.

The arrival of Xi changed all this. Is the CCP now hostage to Xi the same way as the Republican Party is to Trump? 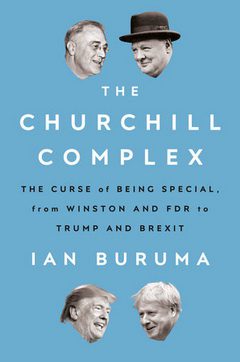 The use of analogies and slogans in determining (foreign) policy ought to be discouraged.

The Churchill Complex by Ian Buruma amusingly shows the march of folly of governments clinging to slogans or analogies long past their sell-by date.

Diplo: 10 focus areas for 2021A platinum jubilee for the UN: A brighter future for multilateralism
Scroll to top