You are here: Home1 / Mandela, a giant of empathy

Mandela, a giant of empathy

As a lot is being written these days about a great man, I thought I’d add a  few lines about what he meant to me. Before I went to South Africa three years ago he was a remarkable historical figure, but somehow distant, belonging to the text I read on the end of apartheid. In South Africa, while visiting Robin Island, Soweto, and talking to people about him, I realised my ignorance. Yes, Mandela led one of the most remarkable political transitions in modern history, but he did much more: he helped humanity to rediscover the relevance of empathy, compromise, and politics. 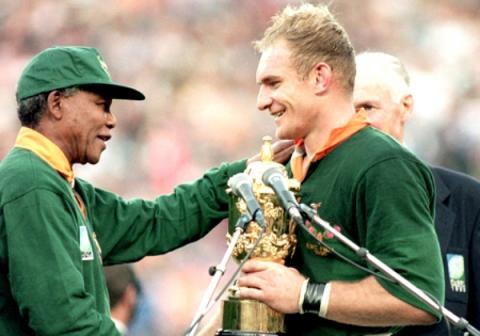 Mandela was a ‘giant of empathy’, a person who could step in the shoes of his opponents and not only see their point of view but also dig deeper through their layers of fears and hopes. Most of what he did came from this powerful empathy… whether it was helping one of his jailers to prepare for his exams or attempting to understand the Afrikaners’ fears or to engaging with kids. His empathy also became clear through his sense of humour. Empathic people are often humorous; they can switch perspectives and ridicule the obvious and the expected.

Mandela’s legacy may inspire us to replenish our depleted reservoirs of empathy. Our highly individualistic society does not see a need for empathy. From a naïve point of view, some invisible social hand will magically create social cohesion out of our selfishness. This invisible hand does not work with the market, let alone with emotions and perceptions. We witness failures in empathy almost on a daily basis with protests  and extreme selfishness worldwide. As Mandela showed us, our need for empathy is not some moralistic preaching; it is an essential and, at the same time, a pragmatic way for society to survive.

Compromise is another of Mandela’s legacies which matters a lot. He managed to give a practical relevance to compromise at a time when compromise does not have a high moral standing. For example, compromise is losing the competition with heroic national pride, usually associated with wars. It is not surprising that there are thousands of museums dedicated to war, but not a single one celebrating compromise and, for example, diplomacy. As with empathy, compromise is both practical and highly ethical. Mandela’s  political life testified to the two ethical pillars of compromise: a way for humanity to survive and respect of human dignity. Compromise is a matter of survival in our highly inter-networked society, where technological developments constantly increase the risks we face. Additionally, respect for the personality and dignity of others makes compromise highly ethical.

Lastly, Mandela made politics a respectable human activity. Politics, in and of its core function, is a noble job. I know that this sounds strange in our times, when politics is seen only as a selfish way for personal enrichment and advancement. Mandela’s politics were a genuine service to society in a highly turbulent time.

His legacy on empathy, compromise, and politics will grow in importance. Our modern world is becoming ever more complex and interconnected. Using force is likely to become not only a risky but also a less effective way of promoting national interests. Are the latest dealings with Syria and Iran signals of the change in our perception of compromise? It is certain that humanity will need to rediscover empathy, compromise, and politics in their genuine meaning. Mandela will remain a beacon in the turbulent waters ahead of us.

Need to improve image of diplomacy

Can technology help preserve elements of culture in the Digital Age?
Scroll to top