You are here: Home1 / Guest blog: Diplomats need to be able to talk to locals, not just lead...

Guest blog: Diplomats need to be able to talk to locals, not just leaders

Elder statesman of British Diplomacy, Ivor Roberts, has spoken out about the need for diplomats to be able to speak the local language. Now president of Trinity College, Oxford, and former UK Ambassador to Yugoslavia, Ireland, and Italy, Roberts is mostly known for being the Editor of Satow’s Diplomatic Practise, a classic text in the field of diplomacy.

In an opinion article in the UK newspaper, the Guardian, Roberts welcomed the reopening of the British Foreign and Commonwealth Office Language Centre, discussed in my previous post, and described the current situation as ‘dire’. He quoted the figure that in 2012 language allowances, only given to those fluent in the local language of their host country, were paid to just 12 out of 1900 serving diplomats.

This situation is perhaps unique to the UK, where the diplomatic service and business alike has too long relied on English as a world language. But in the course of defending his point, Roberts makes some interesting and valuable observations, although most will seem like common sense to many.

Getting outside of the embassy or consulate, and outside of the diplomatic microcosm is a key part of the diplomat’s job. Roberts said, ‘A good diplomat needs to have the language skills to communicate and interact with locals on the street. It is not sufficient to be able to speak to the country’s leaders.’

Learning the local language should be essential for diplomats and not taking  language skills into consideration as a key factor for promotion and advancement  is, as Roberts put it, ‘as though an electrician’s ability to rewire was not considered a core part of their job’.

Functional local language skills enable a diplomat to interact with ordinary people in everyday situations in their host country. Through this, they can get a better idea of the culture they are working within, and gain a better understanding of public opinion, and the pressure points within that society. This enables them to predict socio-political movements in a way that talking to a host country’s leaders might not.

In his article Roberts went as far as to claim, ‘You could … attribute the decline in Arabic as a contributing factor in the Arab Spring’, a statement I would love to see explained in more detail. But whatever your interpretation, it is hard to disagree that better Arabic language skills would certainly have aided the international understanding of the Arab Spring.

Diplomacy is a balancing act of listening, interpreting, contextualising, and influencing. Language skills empower diplomats to talk to people at all levels of society, and thereby perform their role more effectively. 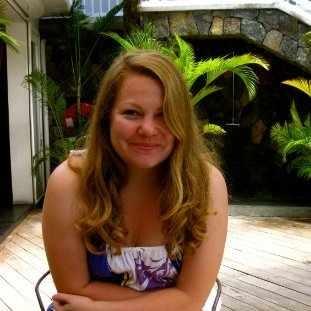 Alex Oxborough is Sales and Marketing Executive for language training consultancy and agency, Specialist Language Courses.
A semi-regular guest blogger for DIplo, Alex holds an NCTJ Diploma in Multimedia Journalism and has an active interest in diplomacy and the role it plays in today’s world.

The Psychology of Diplomacy

The New Media landscapeDiplo web in 2013 – how was it for you?
Scroll to top