You are here: Home1 / The EEAS and a new European diplomacy

The EEAS and a new European diplomacy

Europe has been going through difficult times lately. From economic challenges in several countries, to political crisis that threatens to dismantle the unity that the EU is built on, the struggle continues. Yet, in the midst of this crisis, the EU’s diplomatic branch seems to be doing better than expected. 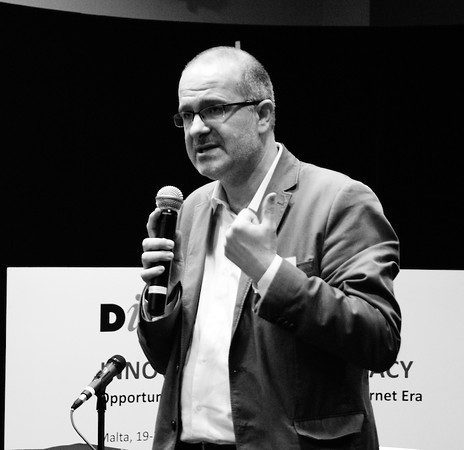 Richard Werly, European Affairs correspondent for Le Temps, described a positive past and an optimistic future for the EU’s European External Action Service (EEAS). Speaking during this week’s DiploFoundation’s two-day conference on Innovation in Diplomacy, Werly traced the history of the EEAS diplomatic service, as well as its approach, operations, achievements, and failures.

A creature of the Lisbon Treaty, the EEAS had been a priority for the EU for several years. The aim was to give face to foreign policy. That face was Lady Catherine Ashton, High Representative for Foreign Affairs and Security Policy. On appointment, a tougher first challenge was to prove to foreign ministers, all of whom had years of experience in foreign policy, that she could spearhead the new diplomatic service.

Despite the economic and political crisis in Europe, the diplomatic branch grew to a complement of over 2000 agents in the three years since its establishment. The plan is to increase the number to around 5000. This in itself is an achievement: Europe now has a diplomatic service, composed of services of the EEAS, services of the Council, and services of member states’ foreign offices. At the helm is a High Representative, working alongside an executive secretary-general and a chief operating officer, and a team of managing directors and other senior managers.

Werly explained the EEAS’s integrated approach of having, for example, a sound crisis management platform. It is also moving fast in the field of consulate operations by aiding small states with consular services in countries in which they are not represented, and has some good operations, such as the maritime anti-piracy operation in Somalia.

A number of features are lacking, however. The EEAS does not have a clear agenda, setting out its priorities. Neither does it have a policy on energy, at a time when energy diplomacy is so important.

Can a new European diplomacy emerge? Certainly. Considering the short timeframe, the EEAS has already emerged as a good diplomatic tool, Werly said. It is very likely that the EEAS will continue to grow in strength as a foreign service, especially if it focuses on setting a clear agenda.

The EEAS also needs the larger European states to play the game, and at the same time allow member states to take their due credit and stand in the limelight. Werly said it was possible that countries could already be thinking about downsizing their diplomatic services and relying on joint representation. They are ready to cede space since they are realising they cannot do it on their own in terms of mechanism; the EEAS is proving that it has the necessary capabilities.

The power of the unsaid and its importance in diplomacy