You are here: Home1 / Diplomacy and poetry: Deepening friendships with the magic of words  ...

Diplomacy and poetry: Deepening friendships with the magic of words

Diplomacy is all about words:

A diplomat only has words at his disposal. Nothing but words. With words, he presents, explains, transmits, reports, asks, apologises, forgives, and defends. With words, he does everything he must, everything he can, and everything he is allowed to do. He never possesses any other tool, any other thing; he only has words. But with words, one can create miracles: you can convince the unconvinced and change the minds of those convinced of other things, which is a real skill. You can convert the convinced, you teach those who do not know, you influence the self-confident and the haughty ones – in particular, it is easy to influence the latter since they think they are the most important – you can help those in dispute, and you encourage the insecure, you excite the reserved, and you can calm those who are restless. (Milan Jazbec, The Rainbow Beyond the Soul)

Poetry is also all about words, but these two fields of human activity could not be farther apart. Diplomacy uses calculated, logical, and rational words without emotions. Its language is dry, emotionless, and focused, and it is not always clear and easily understandable. On the other hand, poetry uses words full of emotions, vibrations, and desire, endlessly expressing the human heart and soul. Perhaps, the purest poetry uses words only to show that it exists.

This is why, when we add poetry to cultural diplomacy, it upgrades the relations between two countries, brings people together, and provides circumstances in which understanding and friendship are easier to achieve.

According to the fifth diplomatic function, diplomats use each opportunity to deepen ties among nations and peoples. Here, I will try to present how I used my own poetry in cultural diplomacy while being the Slovene ambassador to North Macedonia from 2016 to 2020. 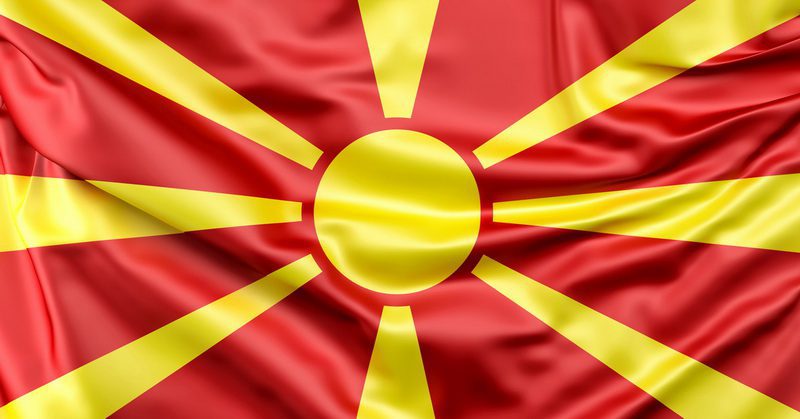 In the autumn of 2017, my first poetry collection was published: a bilingual Slovene–Macedonian project titled The Shining Star with a Lion’s Mane. The book was primarily the result of the encouragement of my friends after learning that they have an ambassador in their country who is also a poet. The book received a lot of media attention, which was a surprise to me. To me, this collection was just one of ‘my’ books, but of course, it was also – or even primarily – a poetry book by an ambassador of a friendly and supportive country. This is how I learned, through my own experience, everything that ‘cultural diplomacy’ means.

We published the second edition of the book a year later, this time with a foreword by the then-Macedonian president Gjorgje Ivanov. The book started a life of its own. My poems were recited at various events, and I was frequently asked to read my poetry for different occasions across the country. The Cultural Association in Veles also arranged a one-hour performance of my poetry, which even included two rappers.

It became a tremendously popular event, which inspired a teenage high-school girl from Veles to write a poem about me. I was deeply touched when I saw that the poetry of an ambassador can inspire and encourage young people and bring them hope and enthusiasm. For me, it illustrated how an ambassador, as part of a group of people who communicate with top dignitaries on a daily basis, has to remain with his feet firmly on the ground. What a pleasant feeling it was. Last but not least, a year later, also in Veles, I was given the prestigious Racin Award of Honour for cultural diplomacy.

It was in early May 2019 that Pope Francis visited North Macedonia and gave a speech in the Mosaic Hall of the Presidential Cabinet, with the attendance of the diplomatic corps. He pointed out that the most valued and important Macedonian asset is its multi-ethnic and multi-religious coexistence.

This well-known fact ignited an idea: we’ll publish my poems bilingually in all seven languages that are in the Macedonian Constitution, namely, Macedonian, Albanian, Turkish, Roma, Vlach, Serbian, and Bosnian. Macedonian President Stevo Pendarovski pointed out in his foreword that ‘Ambassador Jazbec managed to turn the image of the Macedonian identity mosaic into a unique diplomatic, cultural, and artistic project,’ while Speaker of Parliament Talat Xhaferi titled his foreword the ‘Telegram for Ambassador Jazbec’.

How skilfully they showed their understanding of diplomacy. The collection was presented in February 2020 as part of the programme of the official visit of Speaker of the Slovene Parliament Dejan Židan to North Macedonia. It was for the first time in Slovene diplomatic practice that poetry was part of such a high bilateral visit.

In early 2020, my next bilingual poetry book was published under the title On the Edge of the World I am Walking, bringing together only dark poems. My diplomatic term was symbolically wrapped up a year later when a trilogy of poetry, titled Poems from Self-Isolation, appeared in five languages: Slovene, Macedonian, Turkish, Albanian, and Serbian. I wrote these poems during the last eight months of my Macedonian term when COVID-19 overshadowed our lives.

As the peak of my cultural activities in Macedonia, I have to mention the celebration of the 25th anniversary of Slovene–Macedonian diplomatic relations. The gala reception was organised on Thursday, 22nd June 2017, at the Skopje city centre, and closed with the concert of the cult Slovene rock band Lačni Franz. At the very end of the concert, the lead singer and spiritus of the band, Zoran Predin, called me up on stage (I was absolutely caught by surprise) and invited me to sing with him his rock version of the Slovene national anthem Zdravljica (Toast).

Thanks to my deputy Urška Potočnik, the video of our performance dominated Macedonian web portals for several days. I am still not aware that any other ambassador has produced something like this, and I would not have done it if I were not so generously and innovatively invited to do so.

Three lessons could be drawn from this empirical elaboration on diplomacy and poetry.

First, words in diplomacy, when borrowed from the world of poetry, have a specific power and magic. When coming from the resident ambassador in a receiving state, they increase the diplomatic effect.

Second, poetry can do without diplomacy, but diplomacy cannot do without poetry: its language, style, and approach. Culture bridges differences, enhances understanding, and deepens friendly relations.

Third, nothing of what I mentioned above was my plan when I came as the sixth Slovene ambassador to then-Macedonia. It resulted from the welcome I received in the country, an extensive network of contacts, as well as improvisation.

Diplomats pursue what they are instructed to, but they also have to react to the stream of events in the host country and fulfil their mission in the best possible way.

Science diplomacy in practice: Interview with Amb. Bhaskar BalakrishnanGenerative AI models – a fun game that can easily get out of hand?
Scroll to top