You are here: Home1 / The Charter of the United Nations interpreted by an artist: Amedeo Bes...

The Charter of the United Nations interpreted by an artist: Amedeo Besana 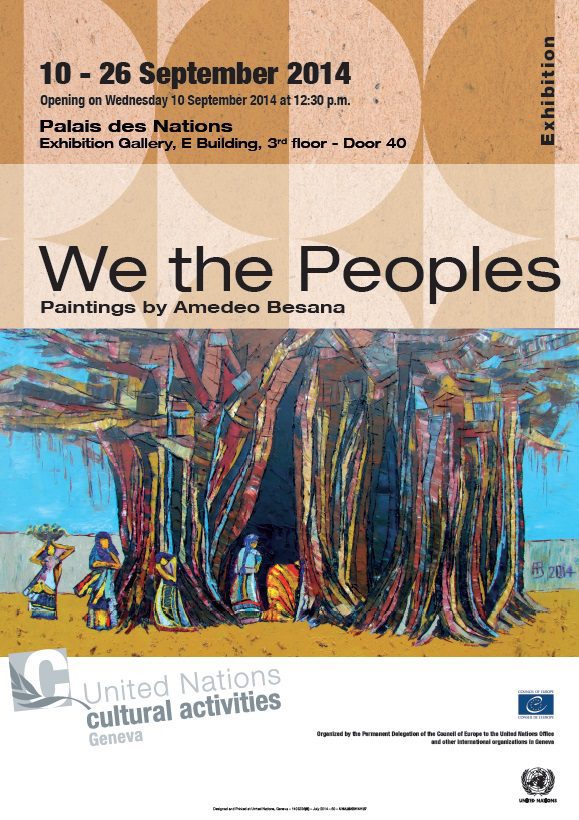 To my knowledge there are two monumental books which take the noble task to interpret the United Nations Charter, article by article.

One, in English, is “The Charter of the United Nations: A Commentary”, edited by Bruno Simma. The other, in French, is « La Charte des Nations Unies, Commentaire article par article » by Jean-Pierre Cot, Mathias Forteau, and Alain Pellet. They offer top level analysis of the UN Charter, in legal, procedural and operational terms, the authors being all high quality jurists. I always recommend them to the diplomats who take Diplo’s course on multilateral diplomacy. 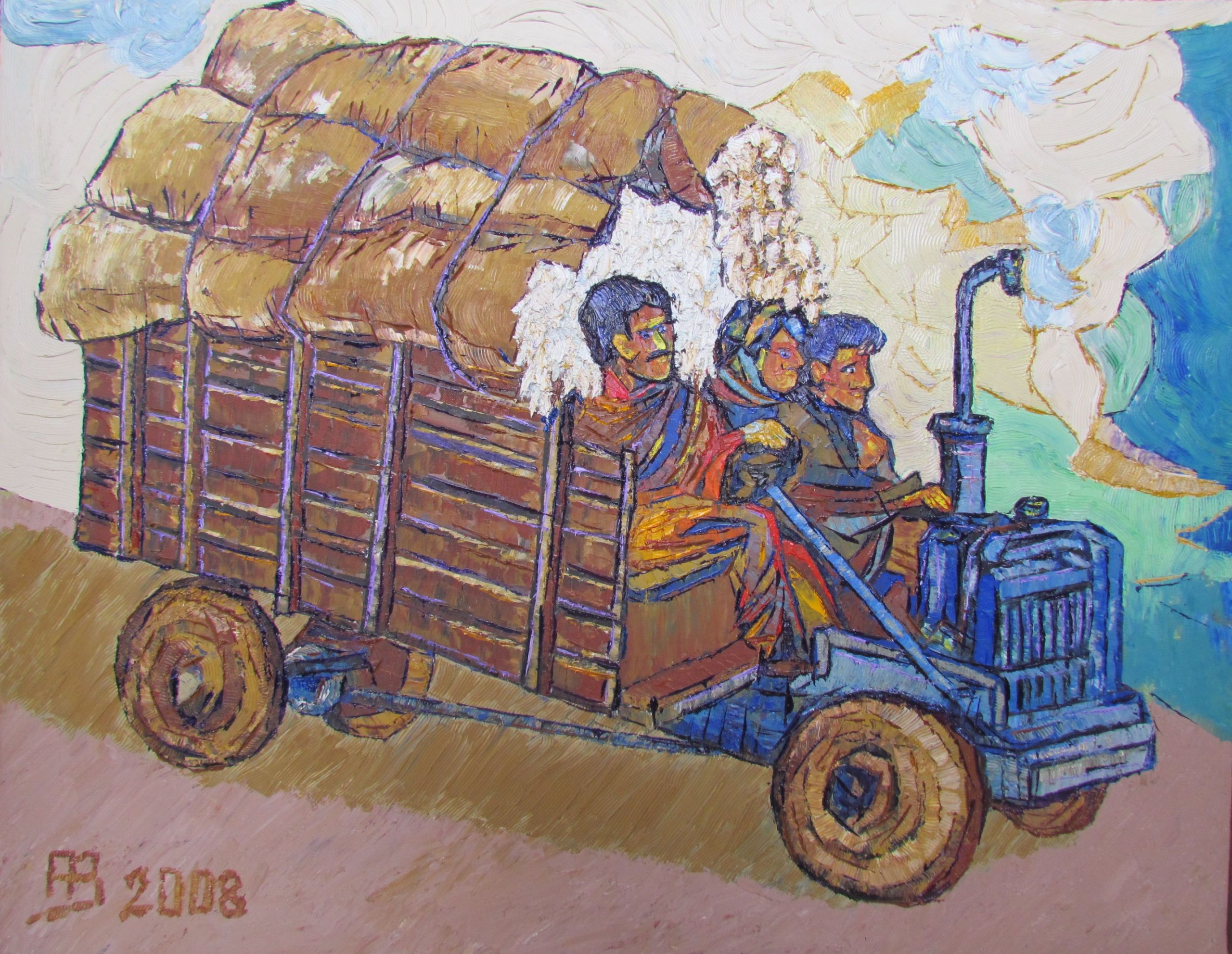 However, none of them give sufficient and convincing interpretation of the first line of the preamble, “We, the peoples of the United Nations…”

In order to fill in the intellectual vacuum, I invited an artist, a painter, to offer his own interpretation of the first line of the United Nations Charter.

As he was a former United Nations staff he graciously accepted to make a magnificent exhibition on the occasion of the 27th session of the Human Rights Council. 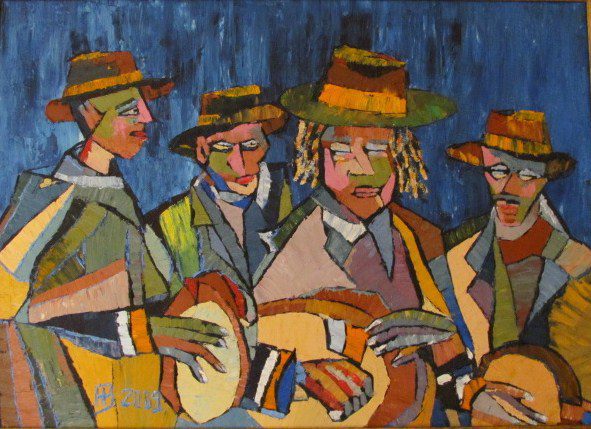 And guess what does the painter Amedeo Besana see in the line that read: “We the peoples of the United Nations”?

He sees … the people … the United Nations is called to serve.

Amedeo Besana depicts the people of the world in their essence: humanity, beauty, cultural diversity, the joy of living. Peace-loving, ordinary men and women, people on the streets of cities and villages, or people in the plains and mountains of the countryside, with their occupations, habits, costumes, traditions… People who are working, playing, singing, dancing, or just having a walk or a chat together… 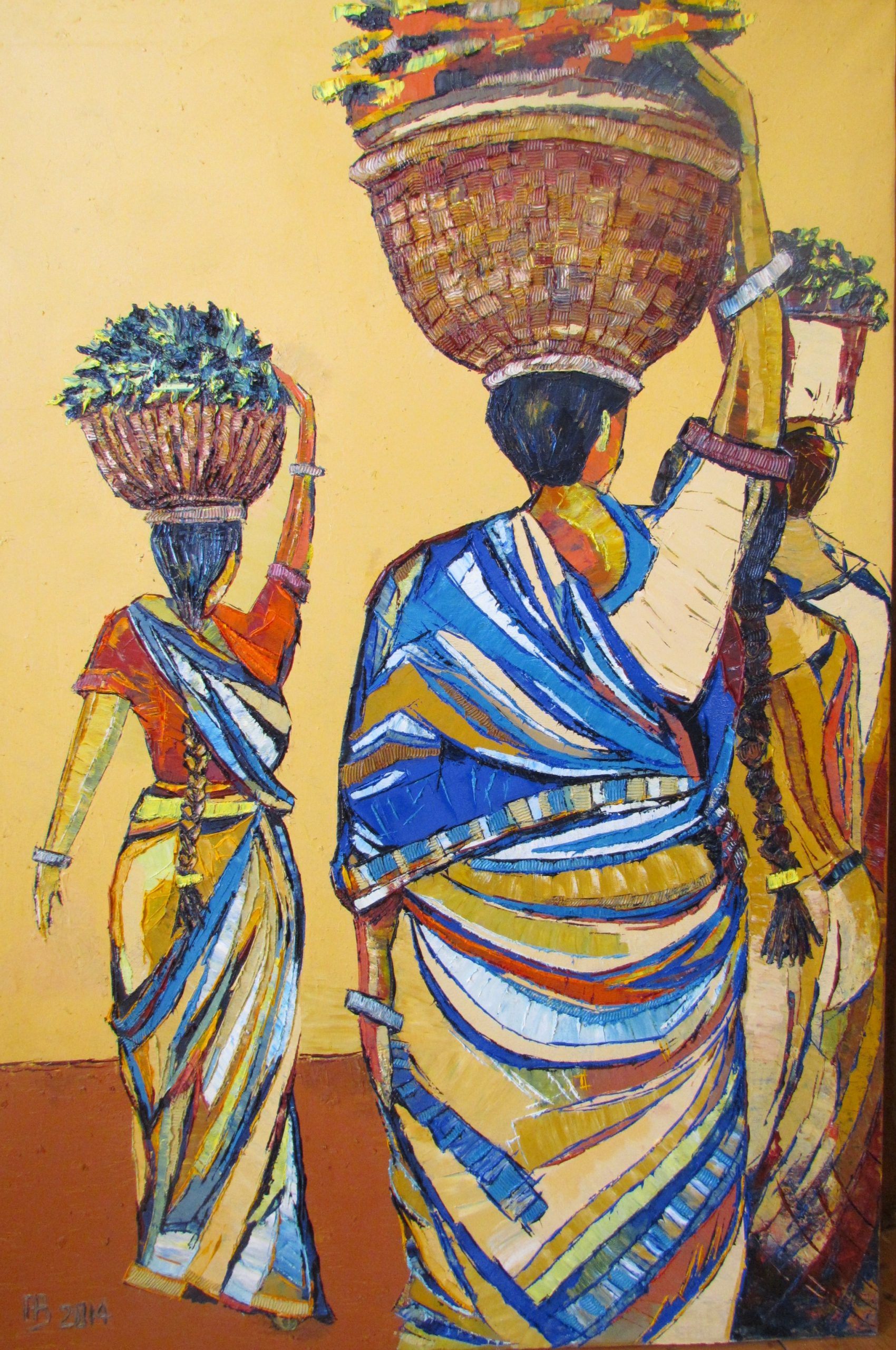 The paintings show people and their habitat in fifteen countries across continents. A cross-regional approach as we may call it on the corridors of the United Nations.

The vision brought by the painter is one of optimism, confidence, love of life, and respect of the other. The normal aspirations of all those people are universal, like human rights. It is not by coincidence that this exhibition took place on the occasion of a session of the Human Rights Council. It is a message to the crowd of governmental delegations and activists of the civil society gathered in the “Salle des droits de l’homme et de l’Alliance des civilisations” that when they defend human rights it is people like those depicted on the canvasses who are protected. It is a memento that those people, wherever they live, should not be subjected to hate, intolerance, violation of their fundamental rights and freedoms. Because those people are not THEY, those people are WE. 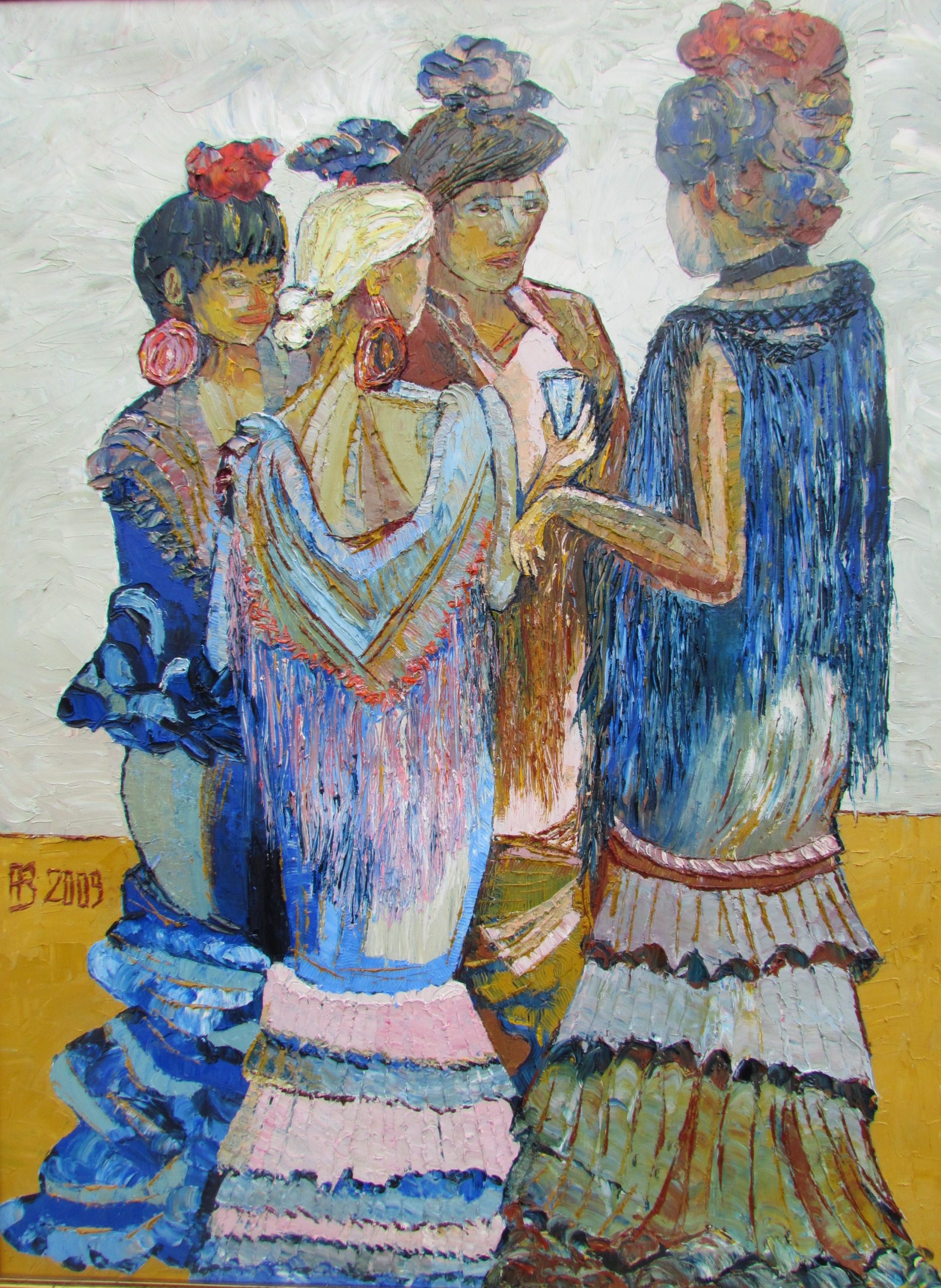 Amedeo Besana works with generosity and love. But his generosity is not limited to the intensity of the colours or to the warmth of his artistic expression.  For him, the United Nations Charter is not about mandates, procedure, and procedures. It is all about people.

The characters he brings on canvass are people he actually saw, loved or admired. He paints with his heart, not just with his paint brushes or palette knives. 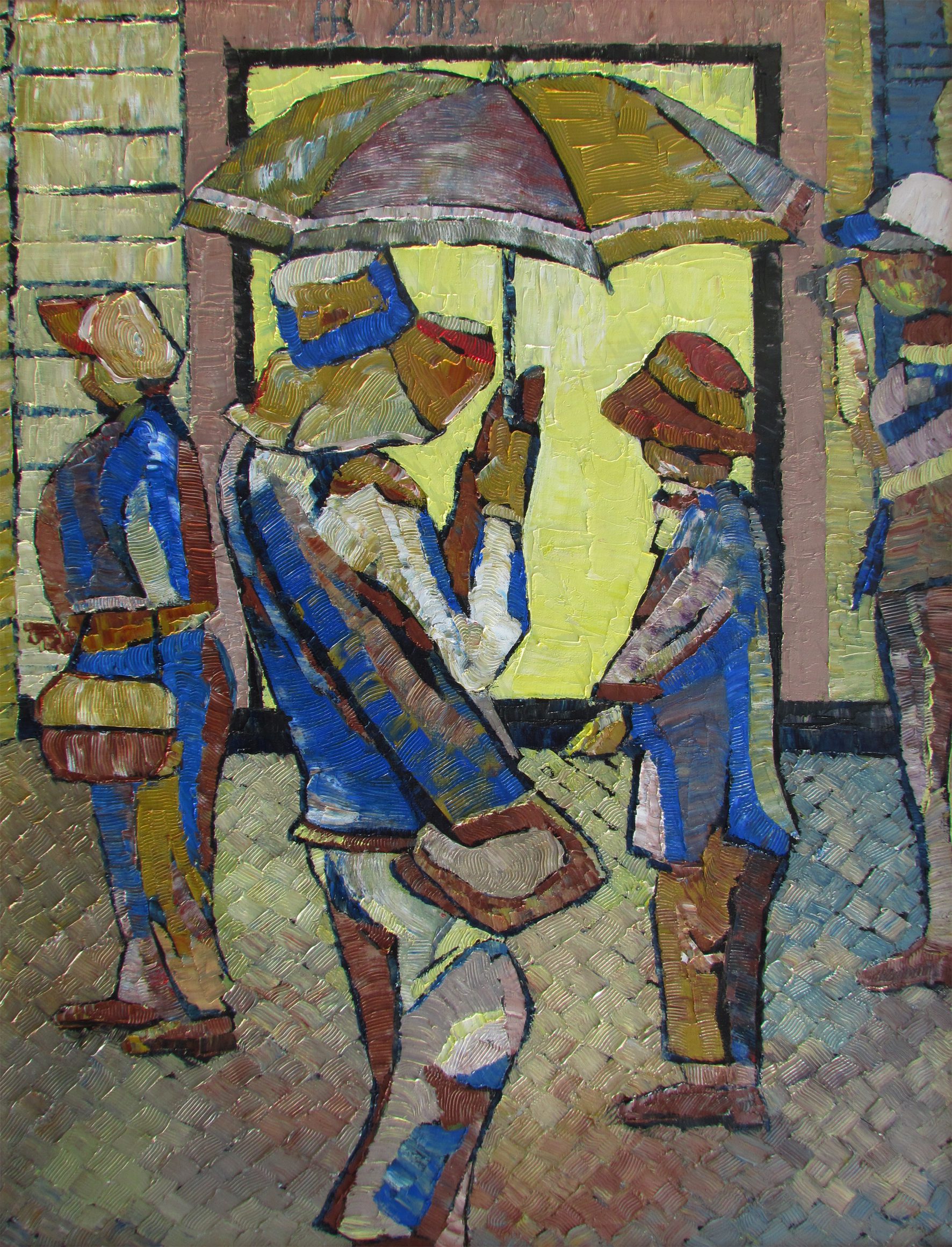 Amedeo Besana does not read the preamble of the United Nations between the lines. His vision goes well above it. The United Nations jargon, peace, development, cultural diversity, human environment etc. take the shape and colours of people who are actually giving sense and sensibility to all these notions.

The Palais des Nations in Geneva displayed 47 canvasses out of which just a few samples are reproduced here. Next time, when you, distinguished reader, may wish to read again the Charter, take a look at these paintings. You will understand it better, because it is about you, the people…

P.S.  Yet, if against any expectations, you are too tired to continue reading the preamble, take a rest… 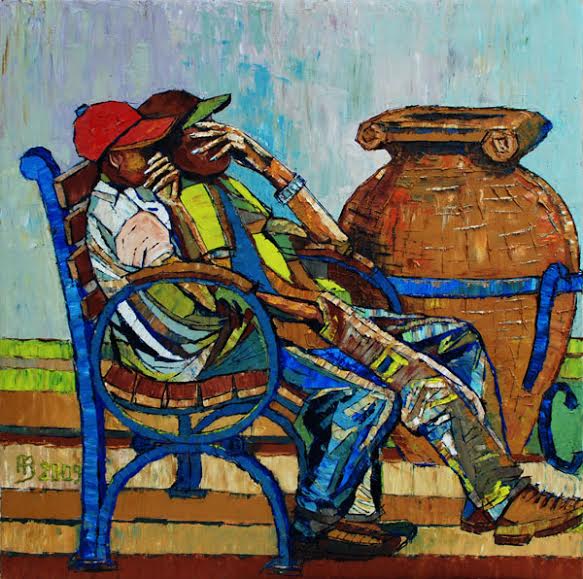 Establishing a strong online presence through the use of social media: E-diplomacy in practice

Czech Republic is not Chechnya: the power of social media

From film house to ghost house: eight former embassies around the worldPress conferences in the twenty-first century
Scroll to top