You are here: Home1 / Another Stalin’s dream?

This is a modest attempt to respond to the very pertinent comment with which Aldo Matteucci adorned my previous article “When Stalin’s dream came true”. Petru

As far as we, the insiders, can see it, communism came in most of Eastern Europe “on Soviet tanks”. Stalin tried to export communism through Comintern before WWII, but he was not able to do it. The opportunity came with the presence of Soviet troops of occupation and/or liberation. The effort to “unite proletarians of all countries” was fairly facilitated by the presence of the Red Army and its well tested capacity of persuasion.

In Romania, before the arrival of the Soviets, the Communist Party was a minuscule entity. In France, the Communists were a great political force, legitimized by their role in organizing the ‘résistance`.  The military occupation made the difference. Same goes for the other future members of the Warsaw Treaty.

So much for “socialism in one country”! Unless, of course, that “one country” was the Union of Soviet Socialist Republics swallowing additional ones!

The United Nations was obviously an arena for the confrontation of the two ideological blocs. After decolonization, the UN rostrum offered an excellent opportunity for the Soviet to promote communist ideas and ideals.

Admittedly, the Soviet Union might have been worried about the possible isolation within the framework of the new organisation. During the war there was just one single communist country. So, probably, for some time, the need for other fifteen votes in the General Assembly was envisaged for defensive purpose.

But Poland and Czechoslovakia, as UN founding members, joined the club of socialist countries soon enough. In 1955, former “enemies” like Albania, Bulgaria, Hungary, and Romania, together with the first comers,  made up the Eastern European Group at the United Nations, dominated by the Soviet Union.

The slogan “proletarians of all countries unite!” was still there, in the state emblem of the Soviet Union. The decolonization process brought to the fore a numerous group of countries that were sensible to the favours of the Soviet Unions in the attempt to consolidate their newly acquired political independence. 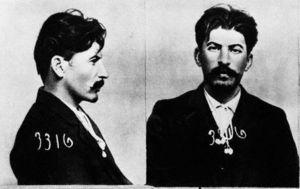 The victims of some of Stalin’s economic and social experiments did not notice that Stalin was very keen to dissect the differences between Marx’s matrix and his own additions. He just needed a theory to explain why Marx and Engels prophecies did not materialize, while keeping the roots of the Soviet communism in the Marxist theories.

Many well-intended observers may assume that Stalin’s policies were guided by subtle choices between “socialism in one country “and “world revolution”, as the official doctrines of his time tried to present their ideology as “scientific socialism”.

This may lead some of us to see the sanguinary ruler as some kind of intellectually tormented spirit, split by Solomonic academic dilemmas.

That would be another dream of Stalin coming true.

A journey in time: 20 years of Internet and diplomacy