You are here: Home1 / A 200-year-old Frankenstein memory: alive and well

This morning, two centuries ago, Frankenstein appeared to Mary Shelley in a dream. According to astronomic research, this dream happened between 1 and 2 am on 16 June 1816:

‘I saw the pale student of unhallowed arts kneeling beside the thing he had put together. I saw the hideous phantasm of a man stretched out, and then, on the working of some powerful engine, show signs of life, and stir with an uneasy, half vital motion. Frightful must it be; for supremely frightful would be the effect of any human endeavour to mock the stupendous mechanism of the Creator of the world.’

The star of Mary Shelley’s dream took two years to materialise and take the form of Frankenstein, one of the most-read and impactful books in history. This evolution from dream to book can be witnessed at the exhibition Frankenstein: Creation of Darkness at the Bodmer Museum in Geneva. Occasionally, the museum organises visits to Villa Diodati, where the dream happened all those years ago. 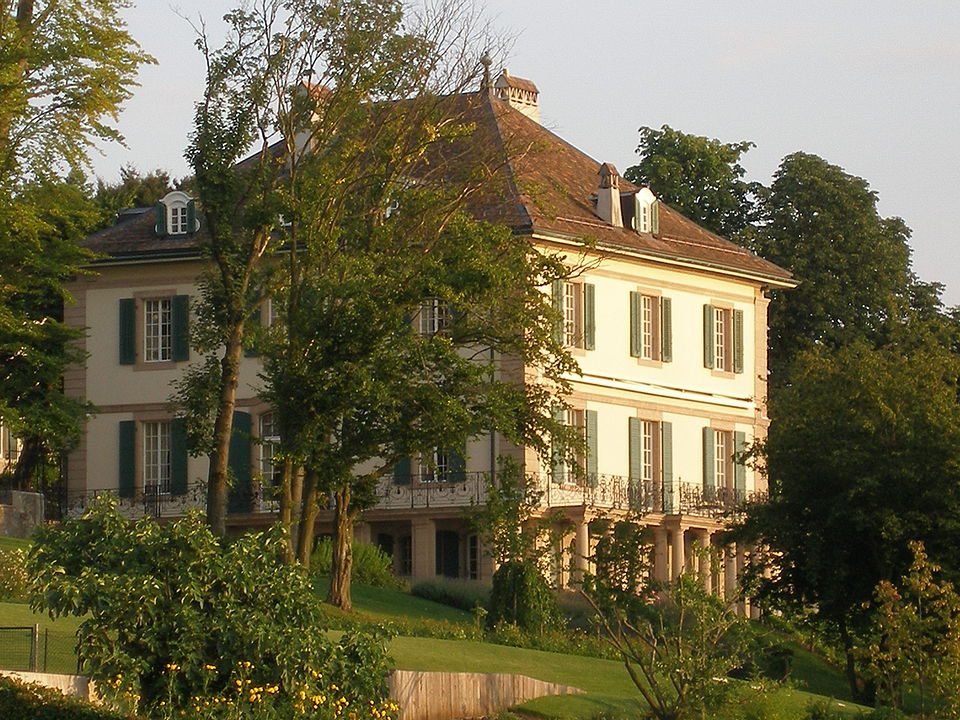 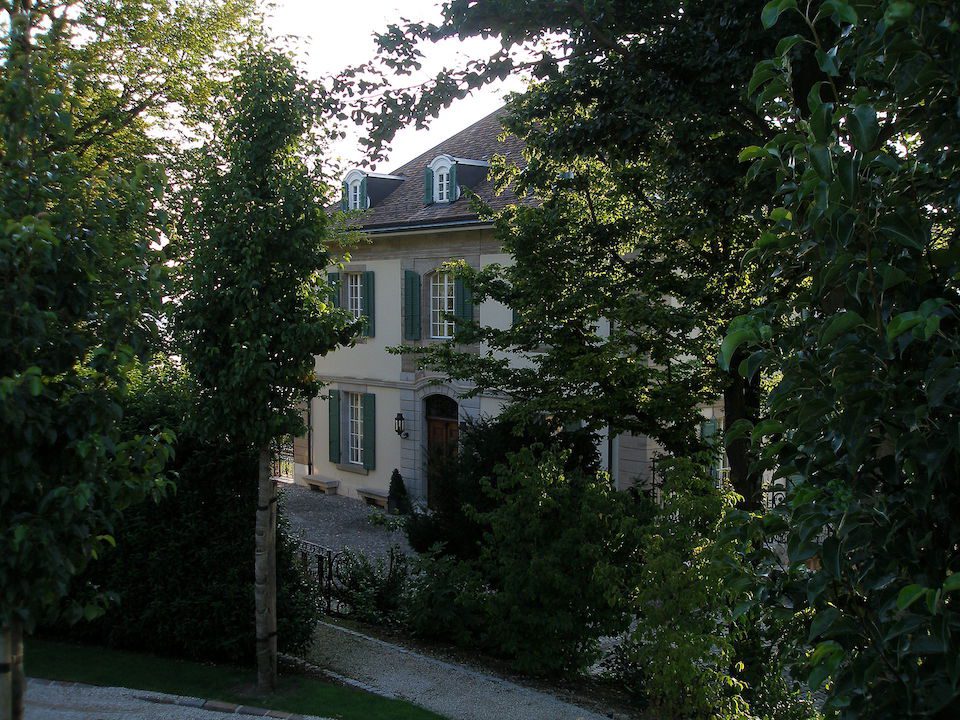 So, what was going on 200 years ago in the Villa Diodati at Lake Geneva?

Lord Byron and a group of friends, including Mary Shelley, had come to Geneva in search of better weather and some fun. While Geneva typically has more sunny days than London, this was not the case in 1816. Both cities were affected by a year without summer, triggered by the eruption of Mount Tambora in the Dutch East Indies – nowadays Indonesia. In an article entitled What if Byron and the Shelleys had live tweeted from the Villa Diodati? The Spectator reported on the weather conditions in an imaginary tweet feed.

Local weather for Geneva @GenevaWeather
SEVERE STORM WARNING: Thunder in the mountains and heavy rain on the lake. Secure all doors and windows and remain inside

Confined indoors, they had to invent other activities. Lord Byron invited all of his friends to write ghost stories. In such prominent company, this was a stressful task for the young Mary Shelly, then just 18 years old. That night, this stress probably added to the creative pressure that triggered the dream and the emergence of Frankenstein. 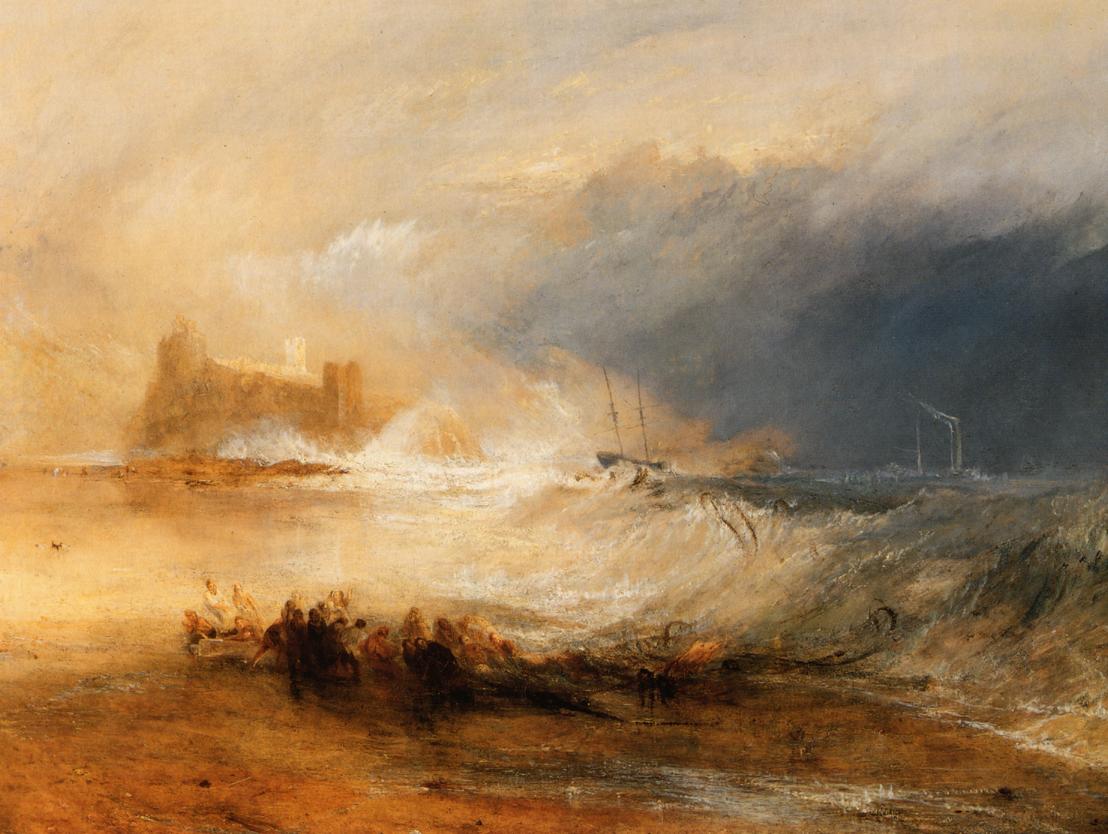 Frankenstein was not the only result of that year without summer.  On the artistic side, dust in the atmosphere created spectacular sunsets and inspired painters such as J.M.W. Turner. It was also a year of bad harvests, famine, and big migrations in the Americas, Europe, and Asia. The lack of crops made it difficult to feed horses and use them for transportation. As a solution, the first ‘running horse’, or what we know today as the bicycle, was invented by Baron Karl Drais in 1818.

Of all the parallels between 1816 and 2016, the weather is the most direct. If the weather continues this way, we may have another year without summer. Geneva in June is typically not as rainy and not as cold as it is this year. But the reason for this climatic exception is not the same. In 1816, the Tambora eruption triggered a so-called volcanic winter. Volcanic ashes created a filter in the atmosphere that prevented solar radiation to reach the Earth and consequently lowered the temperature.

In 1816, people were unaware that the change in the weather was caused by a volcanic eruption. Similarly, current climatic extremes are still a mystery to us. With the doom-laden idea of climate change in the back of our minds, we need to exercise humility, faced with the overwhelming power and beautiful complexity of nature. Extreme weather gives us a sense of vulnerability and is a reminder of human weakness. Frankenstein could have emerged in the background of this climate of uncertainty.

The uncontrollability of the weather stands in stark contrast with the evolution of science and technology, which brings us to another parallel with our age: the challenge of how to deal with progress. Shelley was a big fan of science and experimentation. In the 19th century, science and technology were starting their unstoppable historical march, a march that continues today. (Un)intentionally, Shelley opened core questions on progress and ethics. Today, science has advanced far beyond Luigi Galvani’s experiment with electricity and frog legs which inspired Shelley. Today, her protagonist Victor Frankenstein would have had a much easier job creating his creature. But, apart from technology, dilemmas from 1816 remain the same: How far can technology go in affecting core human features? Are there ethical limits for technological developments?

The last parallel between 1816 and 2016 is the challenge of how to deal with ‘us’ and ‘them’. Being different does not necessarily mean being better or worse. Victor Frankenstein’s creature initially did not have bad intentions. But being different from us humans assigned bad intentions to the creature. In a way, Shelley radically described the situation the modern world faces in dealing with ‘them’, whoever ‘they’ are. They could be nosey neighbors, rich relatives, or migrants. The key for ‘them’ is that they are different. How we deal with ‘them’ defines us and determines the future of humanity.

See you next time, for a Geneva walk through space and time…..

Has diplomatic reporting shifted from narrative to data?

[WebDebate #3 summary] Is research on diplomacy relevant and useful?Challenges for the Internet in the post-Brexit era
Scroll to top