You are here: Home1 / Of topoi and memes

Of topoi and memes

I’ll admit to a prejudice. I dislike Richard Dawkins, the emeritus professor for Public Understanding of Science at Oxford. Holding such a pompous title is enough to warrant a demerit. Dawkins is broadly known for two insights. Both have aged poorly. The ‘selfish gene’ conjecture no longer enjoys much credit: such is life in science. Geneticists have proven it to be simplistic and flawed. In itself, unproblematic. In its heyday, however, it undergirded a libertarian view of human selfishness.

Dawkins also coined the concept of ‘meme’ which he derived from ‘gene’ to indicate an idea that was passed – akin to the gene – from person to person. The term stuck. In fact, the well-known parlour-game of Chinese whispers belies his analogy: memes are thoroughly plastic and soon dissolve into empty shells.

Memes were in fact known in Greek antiquity. They were called τόπος (tópos) or (vulgarly) ‘common places’. All discourse starts at an undisputed beginning. The topos provided such a beginning.

Below, a Roman mosaic. (And no, the upper left is probably a phoenix rather than an empty wine bottle.) 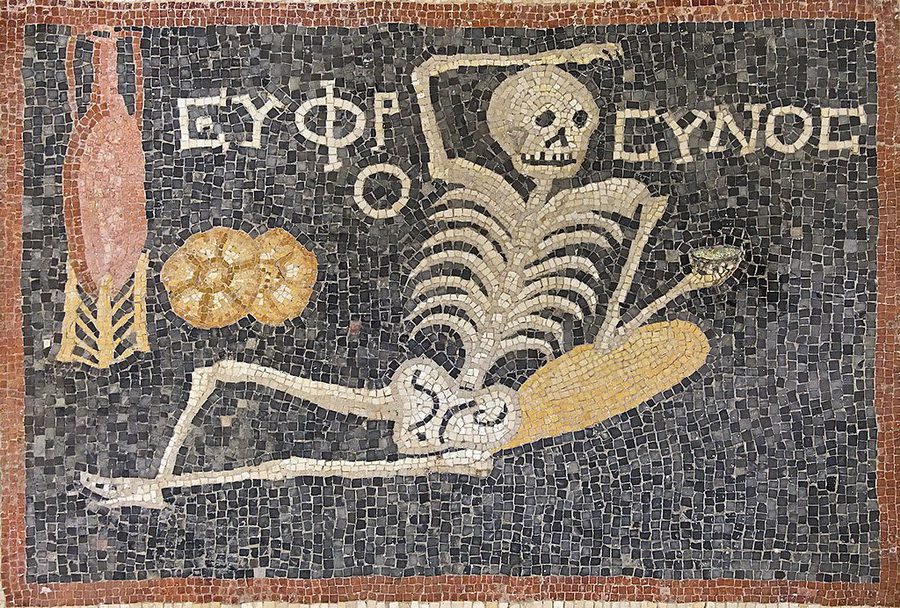 Also, a somewhat more realistic view from the Renaissance. 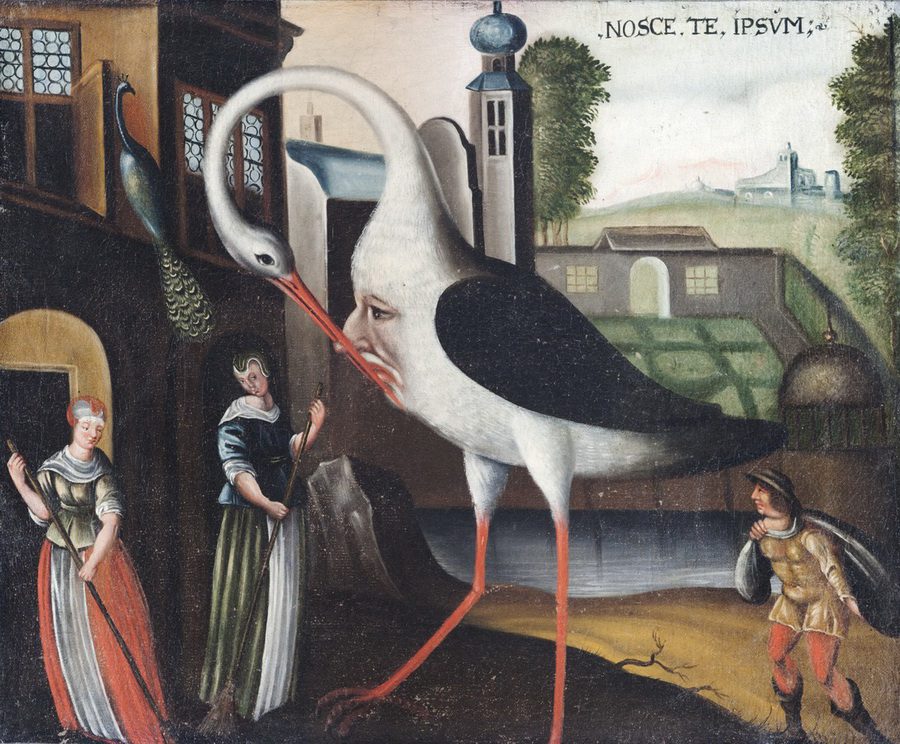 The motto γνῶθι σ(ε)αυτόν (gnōthi seauto) or ‘know thyself‘ was one of the maxims inscribed on the pediment of the temple of Apollo at Delphi, along with μηδὲν ἄγαν (midén ágan) meaning ‘nothing in excess‘.

As Pierre Hadot shows1, this meme has been the dogma at the source of Platonism, Aristotelism, Stoicism, Epicureanism, Christianity, and all the way down to Husserl and Heidegger, and what not. Well, nowadays, it is foremost good for T-shirts. 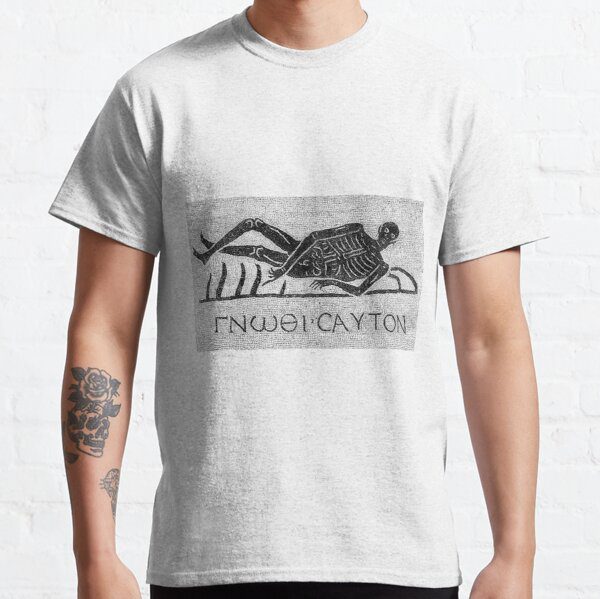 The purpose of the topos is to combine ‘authority’ (the wording has a hailed tradition) with ‘change’ (a novel meaning is infused). You do this by meditation, of course. Biologists call it ‘niche-formation’. Metaphors are very good that way to extend the philosophical thought. Unless you drift into Zen Buddhism by mistake. There the opposite, the koan, rules. 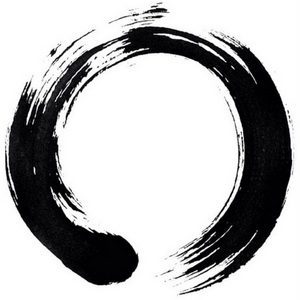 The power of blogging

Diplomats and their online selves: interacting with social media

Our TikTokable lives: Can 15-second ‘lifebites’ pose a threat to...[Podcast] Diving into Digital #1: Tech and diplomacy in Silicon Valley
Scroll to top