You are here: Home1 / Improving diplomatic institutions through technology

Despite an increasingly globalised society, the institutions of diplomacy continue using traditional methods that can be improved by the simple use of new technologies. For example, embassies and ministries of foreign affairs (MFAs) still use diplomatic notes that are sent through postal mail, which usually take days to reach their destination. Likewise, many embassies keep using traditional mechanisms of public diplomacy and continue organising public events in venues that require the physical presence of people. In addition, consulates, whose main function is to serve their nationals abroad, lack the technological equipment to issue documents on-site and they have to wait for their MFA to send documents from the country of origin through the diplomatic bag.

In this regard, there are three possible reforms that could be implemented in diplomatic institutions.

As the first reform, MFAs could promote the use of technologies to keep effective communication with embassies and consulates. Certain countries, like the USA (the second country with the most diplomatic missions in the world), are already implementing a new work vision in its protocols. As an example, the Protocol for the Modern Diplomat, a booklet elaborated by the Foreign Service Institute of the U.S. Department of State, suggests using modern resources such as emails instead of letters to communicate between diplomats. Of course, this could be a risk to the confidentiality of communications, but certain measures could be taken to ensure security. For example, the diplomatic note could be replaced by an email with an encrypted code or a communication that requests a password to be read. Certain governments have begun to develop technologies to ensure the security of their communications between agencies and ministries. 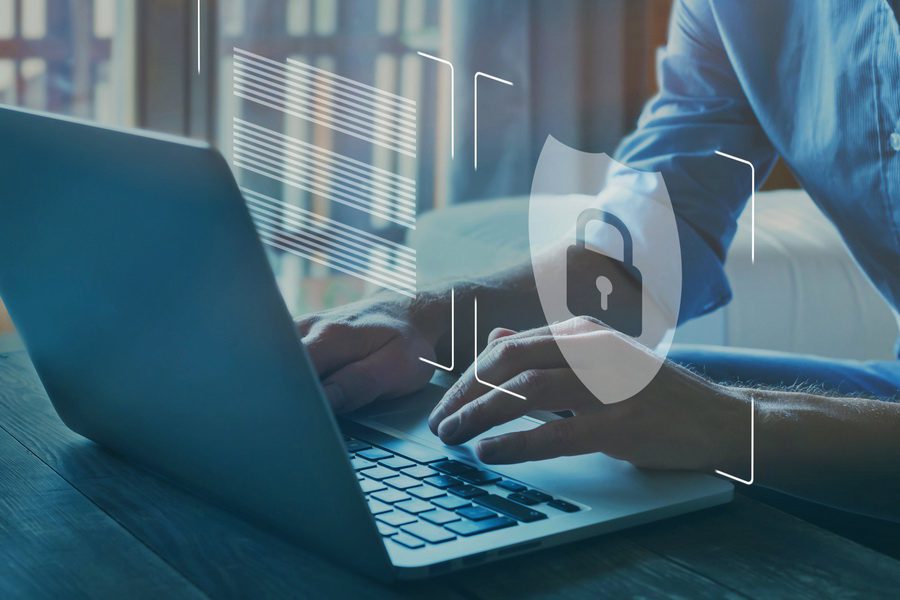 As of 2017, the USA started to use the STARTTLS technology, which encrypts email communication between its federal agencies. In addition, the US government uses Sender Policy Framework (SPF) and Domain Keys Identified Mail (DKIM) technologies to detect phishing emails and spam. In this way, the US government strengthened the security of communications between its federal departments to protect the exchange of information. This type of technology has been effective in government work, so it can also be used by embassies and consulates to keep secure communications. Likewise, a virtual private network (VPN) can be used to avoid the interception of communications and thus assure a safe way for the transfer of documents.

During the COVID-19 pandemic, the Foreign, Commonwealth & Development Office (FCDO) of the United Kingdom (a leading country in the cybersecurity field) faced the challenge to assure secure communications between the British embassies and consulates around the world. Like many other governments and companies, the British diplomatic staff was forced to work from home, but they had to continue holding high-level meetings and exchanging important information with the FCDO. Therefore, the UK government implemented an integral IT strategy that included changes to the phone system to reroute phone calls, additional network capacity, and firewall changes to ensure that the diplomatic staff could log into a secure VPN.

This all reflects that there is existing technology that can be used by other governments to strengthen the security of their communications. The least developed countries could acquire this technology through technical cooperation agreements with more developed countries. This transition from paper communications to digital communications would also reduce the mass consumption of paper – a common practice in government offices – which would even generate a benefit for the environment.

To be practical, many diplomats have also started using instant messaging apps such as WhatsApp and Telegram. Sometimes even important documents are sent through these mediums, with the risk of being intercepted. In fact, the UN banned its officials from using WhatsApp since it is not supported as a secure mechanism for the transfer of information. For this reason, MFAs could also work on the development of a messaging app exclusive for diplomatic work and with the security measures needed. 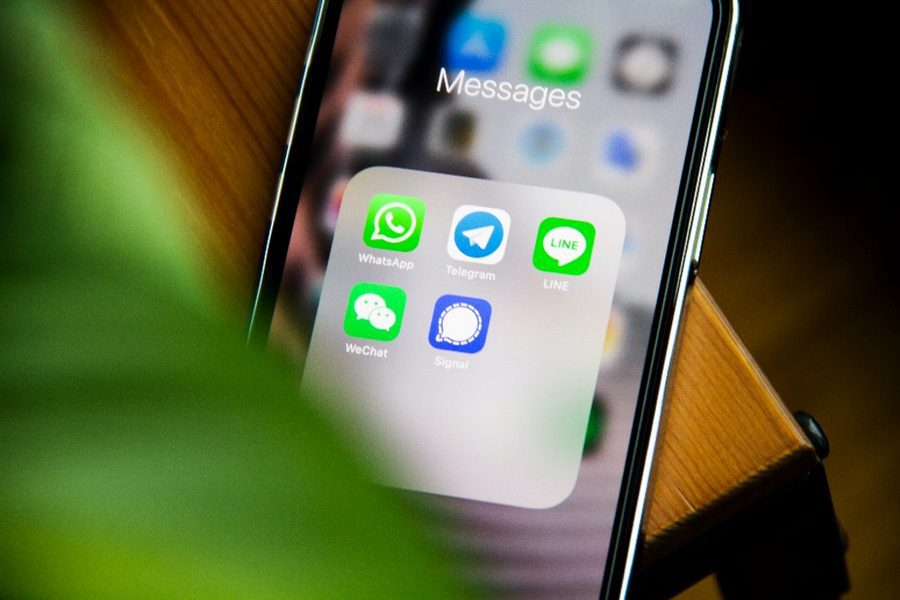 In this regard, some governments have started to use apps focused on privacy and secure communication. An example of this are the encrypted messaging apps Signal and Wickr, both used by the U.S. Armed Forces in operations deployed in war zones where adversaries can tap into communications systems and mobile phones. These apps use an encrypted code for the transfer of information, which means that only the sender and the receiver can read the sent messages, open shared documents, and listen to calls since the communication channel is end-to-end encrypted.

In the case of Signal, this app even offers the option to encrypt contact lists and eliminate a sent message once it has been read. However, due to these functions, the U.S. Department of Defense disapproved the use of Signal, since the Freedom of Information Act and other open-records laws require messages to be archived for future investigations. Another problem with Signal is that it is a commercial app available for any person with a smartphone, it is also used by activist groups and it could be used by crime organisations. In addition, the company does not store information about its users or personal data, so if someone uses the app for bad purposes, it would be impossible to trace the responsible person.

Nevertheless, the Wickr app solved these problems by offering a paid service, which provides eDiscovery technology and unlimited data retention. The eDiscovery technology is a mechanism that enables the identification, collection, and production of electronically stored information in case of a lawsuit or investigation. Wickr, which is managed by the Amazon Web Services company, is already used by the U.S. Department of Defense and the U.S. Customs and Border Protection agency, which have purchased Wickr licenses for their employees.

In this regard, other governments should also consider using secure apps that guarantee confidentiality in the transfer of information, but simultaneously enable MFAs to have access to communications sent between diplomats. This would avoid the leakage of information, the diversion of data, or the misuse of the app, in order to ensure that diplomatic work remains confidential, but also transparent.

The new tools of public diplomacy

The second reform would consist of prioritising the use of technological tools such as social media, web platforms, and virtual events as mechanisms of public diplomacy and cultural diffusion. Because there is currently a revolution in the media, all countries must reinforce their public diplomacy strategy.

Because of the COVID-19 pandemic, and with the emergence of new variants of the virus, many people will resist attending a crowded event. For this reason, embassies should choose to organise virtual events such as press videoconferences that allow the participation of journalists, as well as virtual forums, seminars, and exhibitions available to the public. 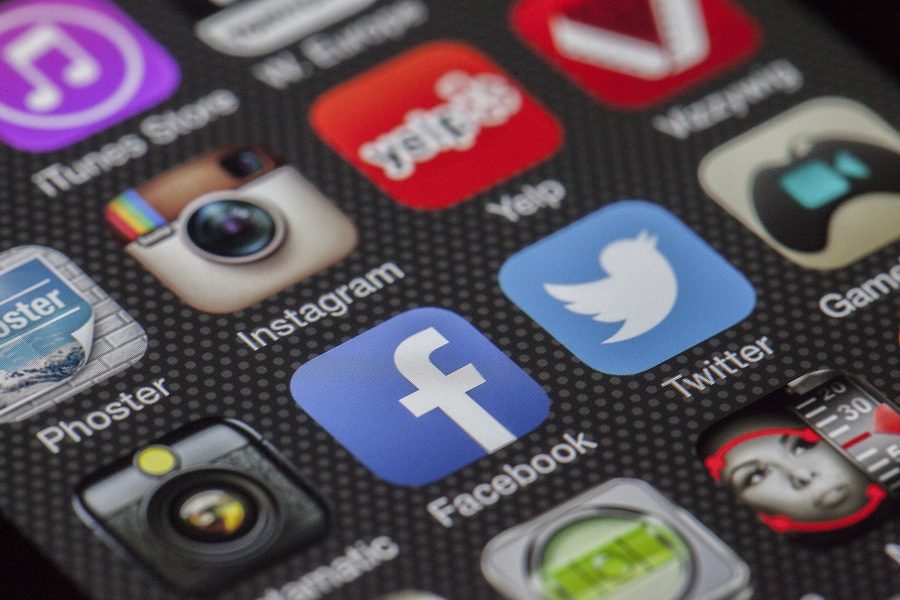 Besides avoiding to congregate people in limited capacity venues, increasing the options to attend an event virtually also brings other benefits, such as allowing people from other countries to participate, keeping controlled access of the people who attend an event, and reducing the expenses of a diplomatic mission, since the rent of venues is usually expensive.

The annual G20 summit in 2020 was a clear example that even high-level meetings can be held through videoconference. Likewise, during the COVID-19 pandemic, the Mexican embassies and consulates showed that it is possible to organise virtual events for the public by promoting virtual tours of museums located in Mexico as well as seminars, forums, and talks through videoconferences.

Nowadays, every embassy and consulate should establish a media strategy to strengthen its public diplomacy, especially due to the current importance of social media. For that task, a social media officer could be hired to improve the management of web platforms and social media accounts. In the private sector, some companies created a new job position called “community manager”, which was originally designed to work in the marketing field and to promote a brand through digital media.

Community managers are in charge of designing content that companies post on their social media to reach target audiences. Due to the great importance of social media, governments have also started to use Facebook, Twitter, Instagram, and TikTok to promote their work, spread information, and even make important announcements, such as presidents Donald Trump and Nayib Bukele.

Many embassies and consulates around the world have social media accounts on the aforementioned platforms, but their content is usually poor and with low activity. Therefore, a social media officer in an embassy or consulate can replicate the work that a community manager does in a company, in order to strengthen the use of these important tools and thus be active in the digital field. This would reinforce the public diplomacy of embassies and consulates, and would also keep a channel of communication with its nationals abroad.

The third reform would be focused on consulates, since many of them still depend on MFAs for the issuance of documents. When a foreign citizen needs to obtain a document from their country of origin, they go to their consulate. However, consulates only collect a person’s data and their picture, and send everything to their MFA where the information is processed, the document is printed, and then sent back via a diplomatic bag. Meanwhile, the person must wait weeks for their document or passport to arrive from their country of origin. For this reason, MFAs should invest resources to provide consulates with technological tools to issue documents on-site, i.e. printing machines, laminators, biometric devices, and other necessary equipment.

For example, the 50 consulates of Mexico in the USA print and issue documents like passports, birth certificates, and consular IDs on the same day people go to the consulate to request the documents. The Mexican consulates have all the equipment on-site to print official documents with the necessary security measures, from cameras and biometric devices, to laminator machines and passport printers. The Mexican government has achieved this by providing the consulates with all the basic supplies like security paper sheets, blank passport books, and blank identification cards. Then the consulates only print the personal information of the applicant on each document. In this way, the MFA does half of the process by manufacturing the basic elements, and the consulates do the other half by collecting the information and printing the documents. The effectiveness to issue documents on-site is such that the Mexican consulates in the United States even have the Mobile Consulate programme in which the consular staff travel to remote places where there are no consulates, such as Alaska or Hawaii, and they transport the printers, laminators, and biometric devices for the issuance of documents in that place.

Diplomatic work has maintained mechanisms that are necessary for the development of its functions, but that does not mean that some of these practices cannot be adapted and even improved with the use of technology. It is important that governments try to innovate and improve the way they work by taking advantage of the technological resources available today. With these reforms, diplomatic communication, public diplomacy, and the consular services provided to the people could become more efficient by using technology to strengthen diplomacy.

Andres Josue Aguas Cherf works at the Embassy of Mexico in Washington DC. He previously worked at the Consulate of Mexico in Utah, USA, and in Mexico City at the Embassy of Greece, the Embassy of the United Kingdom of Great Britain and Northern Ireland, as well as the Committee on Foreign Relations Asia–Pacific of the Mexican Senate. Andres has also completed Diplo’s Bilateral Diplomacy online course.

Webinar: ‘NATO’s challenges: from Kabul to Lisbon. Lessons from the Summit’

The US approach to offline and online threats and attacks on critical infrastructure...AI promises, ethics, and human rights: Time to open Pandora’s box
Scroll to top