You are here: Home1 / Time to reflect: Multilateralism Day 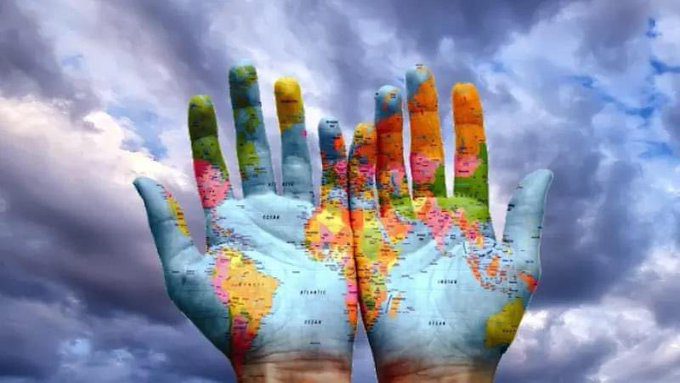 How to grasp the current crisis of multilateralism?

Two hypotheses can help us understand the current situation and discuss the future of multilateralism.

One. Humanity’s very existence depends on cooperation between tribal and national borders.  Since our distant predecessors realised it was better to hear the message than to eat messenger first, we’ve been trading and negotiating. Hermes, an ancient Greek god, was the protector of both diplomats and merchants. Diplomacy is built on the belief that it’s better to talk to each other than to go to war with one another. While wars may be more highlighted in history books, in the long run diplomacy prevails. Last year in my masterclass on history, technology, and diplomacy, I talked in detail about how diplomacy prevailed throughout history. So, the hypothesis that we need to engage with each other across different borders is as valid today as it was thousands of years ago.

Two. Greater social and economic interdependence will result in less war and more diplomacy. To be honest with ourselves, this hypothesis has been failing. Fukuyama’s assertion that history was over did not prove true. Wars remained while conflicts over resources and ideological polarisation increased dramatically in recent years.

‘Others’ became a source of increased fear and suspicion. Divergences began to be misused. Aggression became the norm. Huntington’s clash of civilisations thesis began to become a reality, even though interdependence has not ‘automatically’ transformed into peaceful coexistence.

How did we get here?

Our generation may be undermining, or even forgetting, the achievements of multilateralism of the past decades. This threatens the relevance of the centuries-long use of diplomacy to resolve conflicts.

What can be done?

It is also important to delve deeper into the origins of international law by consulting thinkers like Hugo Grotius, as well as various religious and cultural traditions worldwide that inspire communication between ‘us’ and ‘them’ (tribes, countries, etc.). By focusing on international law, it is possible to rebuild the idea that living together is a good option not only ethically, but also practically.

The clarity in thinking and communication are essential. It was clear that when interdependence and globalisation became ideologies, they caused a lot of reactions, particularly when they were used for purely profitable and short-term purposes.

We must make sure that international law can prevent existential threats such as nuclear war and climate change. This will allow us to have long-term impacts on rebuilding interdependence among ‘socially distant’ citizens, communities, and countries. Multilateralism is just Potemkin’s villages without genuine, responsibly managed interdependence.

After years of pandemic, lock-down and recession, we are all making re-assessments, on societal and individual levels, about what really matters. Hopefully, this context of reflection will help us paint a different scenario by 2023’s multilateralism day. We must be able to turn this corner and build interdependence and multilateralism based on more inclusive and informed pillars. Other options are too dangerous and risky for the future of humanity.

Nature and digital: A historical view from Geneva