You are here: Home1 / Time to (re)take responsibility

It’s not a gun that kills someone; it’s the person who pulls the trigger. It’s not Facebook or e-mail that ruins people’s lives, it’s the person who posts the message – or worse still, mindlessly forwards and shares messages without checking that their contents are true.

Just ask Mark Hendricks. Apparently, back in 2010, a friend of the South Africa native circulated a photo of Mark with the message:

People please beware of the man in the picture, as he is very dangerous and is in the business of selling young girls and boys. He also preys on ladies that are single to get them into the HUMAN Trafficking circle. If you do see him please just ignore him and get away from him as far as possible and alert the police ASAP. PLEASE CIRCULATE THIS PICTURE TO EVERYONE YOU KNOW. THE MORE PEOPLE SEE HIS FACE, THE LESS CHANCE HE HAS OF GETTING TO ONE OF OUR CHILDREN

The so-called friend who did this said it was just a prank. A joke. They had no idea the consequences it would have. In 2010, the message went viral and now it’s resurfacing again. It ruined Hendricks’s life once… and no doubt will do so again. The descriptive ‘living hell’ comes to mind. 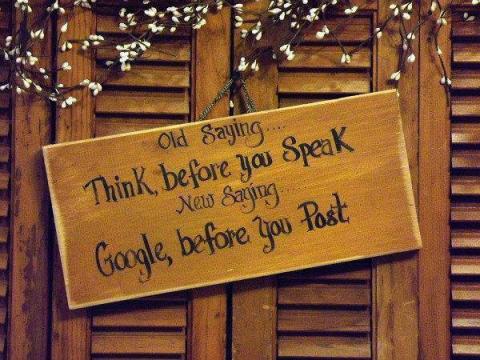 That the friend was at fault for dreaming this up in the first place, is a no-brainer. Such a level of irresponsibility is heinous. But what of all the others who aided and abetted by forwarding and sharing? It could be argued that they thought they were doing something for the greater good of mankind, but no one obviously stopped to check if it was true.

My mother is fond of saying that paper will take any print. It doesn’t discriminate. And yet our ability to tell right from wrong, true from false, is what marks us as human. With the pressures of time and the myriad of information out there, can we be held responsible for not taking precious minutes to verify the facts? And indeed is verifying the facts even possible anymore? Has the widespread availability of information robbed us of our powers to tell right from wrong? Has the quickening pace of society and the expectation of instantaneous communication put pressure on us to the point that we simply forward and share so that we feel we are doing something?

We need to wake up to the fact that lives can be and are being ruined at the push of a button. And we need to take responsibility for the part we play in this.

E-participation as an agent of change?