You are here: Home1 / The History of Wireless Communications in Canada’s Arctic – Part T...

The History of Wireless Communications in Canada’s Arctic – Part Three

Why is the extension of wireless communication so important to Nunavut?  In this, the last blog in this series, we explore the many reasons it is such a significant development

Immense Geography – Small Population:  Nunavut is Canada’s newest territory, located in the central and eastern Canadian Arctic. At almost 2 million square kilometers, Nunavut is by far Canada’s largest jurisdiction, covering 20% of Canada’s land mass, with a population density of .0133 people per kilometre.  The 30,000 people of Nunavut live in 25 remote communities – with no roads linking them together.  Eighty-five per cent of the population are Inuit. Nunavut spans almost the full width of Canada east to west, and from north to south, it is immense.

This means that there is no “market” to bring in improved telecommunication services.  Without government and private funding and only relying on a telephone monopoly, there would be no access to these communications systems. 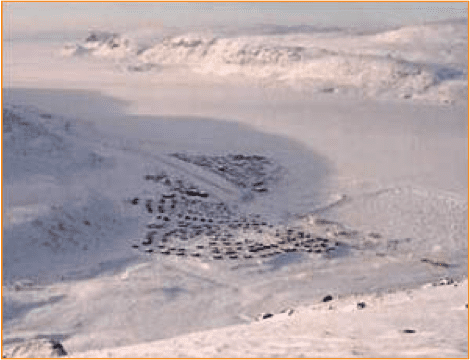 High cost for Travel:  The majority of travel between communities is done by expensive air travel, with flights regularly exceeding the cost of traveling from Toronto to Frankfurt. Weather delays and the sheer distance between communities mean many days traveling to attend meetings.  Because of this vast land, we must communicate at a distance on a daily basis – using whatever communication tools are available. Communication costs are embedded in all of our activities. Nunavut stands to benefit from broadband more than any other jurisdiction in Canada.  Broadband connections between Nunavut communities and the south will play a critical role not just in communications, but for economic development, national security, and sovereignty as a whole.

What is not obvious is the absolutely critical role broadband can play in providing access to communication tools that truly meet Nunavummiut (Inuktitut for “people of Nunavut”) needs. Inuit have an oral tradition – they communicate best using visual and oral media. English, text-based Internet favour non-Inuit forms of communicating – forcing Inuit to adopt non-Inuit communication styles in order to benefit from slow-speed Internet. 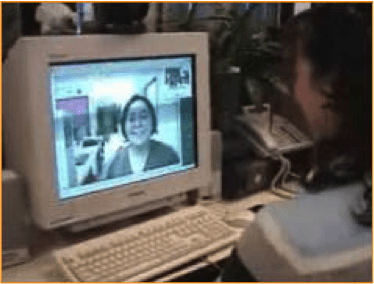 Broadband supports oral culture:  Broadband access will allow people to visually and orally connect in a way that slow, English text-based Internet connections simply won’t allow. Inuit recognize the potential for visual two-way communication tools that would be effective in the management of Nunavut, and in the strengthening Inuit culture.

As the majority of the population, Inuit need communication tools that will allow them to be effective in governing Nunavut, developing businesses, accessing education, and managing the land and extensive waters of Nunavut.

Tele-Health:  Because of the Arctic’s remoteness, we do not generally have full-time doctors here.  Nunavut pays to bring up general practitioners for limited time periods (one to four weeks).  If someone needs to see a specialist they must be flown down to Ottawa.  Both of these solutions are extremely costly.  Tele-Health has proven to be very effective in allowing clients to access physicians in southern Canada and for physician consultations with specialists.

Without satellite, Canada’s arctic could not function.  Air flights that are routed over the arctic would have limited navigation, banking and credit operations would be shifted to a paper-based system, economic development would be nearly impossible and we would be left far behind the rest of the country.  As it is, our services still lag behind what is seen to be merely “acceptable” in urban areas in the rest of Canada.

Showing this need, an interesting Article just came out in iPolitics entitled Treat Bandwidth as a Public Good.   This article refers to Canada’s selling spectrum to other countries and how necessary it is here in Canada.

“As part of an effort to open Canada’s telco sector up to foreign ownership, and to appear to be defending consumers, the Conservatives are set to give a huge U.S. company valuable public telecommunications spectrum on the cheap. … The upcoming spectrum sale also should include commitments to First Nations, which often lack adequate Internet service. In 2009, 41 per cent of 978 permanently occupied First Nations and Inuit communities were without broadband infrastructure capable of supporting inbound rates of 256 Kbps or higher. Yet high-speed Internet connectivity is important for clinical tele-health, distance education and numerous other public and community services.”

As noted by the above, additional spectrum and bandwidth at affordable costs are still in very high demand in Canada’s arctic region.  All of the goods and services in Nunavut cost up to three to four times as much as they do in the rest of Canada due to the high cost of freight (remember:  no roads, no rail lines).  Similarly, any kind of internet costs more here than elsewhere in Canada – in Nunavut where it is such a critical resource.  However, as new and lower cost technologies are produced, Nunavut will continue to be keen to improve this direly needed infrastructure.

Time to (re)take responsibilityAre citizen-run mesh networks the key to an open Internet? Probably not. (Part...
Scroll to top