You are here: Home1 / Threats to e-nternational peace and security of mind

Yes, Jovan, apparently there is no life off-line!

I like to think about myself that I am a cautious user of the Internet. Yet, yesterday, I found that I was as sick as anybody else who does not think about oneself of being cautious.

In the area where I work, there was a ninety minute – Internet disconnection due to the server, too important to name it here.

It so happens that this week, we try hard to prepare a high-level participation in the forthcoming session of the Human Rights Council. And, all of the sudden, I found myself lost in the middle of nowhere, more precisely without access to Internet. I panicked. Slight headache, faster heartbeat, and stomach uneasiness! Other people go to hospital for less.

I had the impression that the entire world flew away and mercilessly left me alone on a deserted island. My brain switched to nightmarish mode. It was like all important things took place in those minutes, everybody sent me vital messages and I was not there to respond. They might have believed I was dead.

So, I ran out of my office to get to the closest available computer at the Palais des Nations. When I was in, relieved, I found that actually nothing had happened during my e-disappearance. No world leader wrote to me, my absence was not noticed by Pope Benedictweet the First, and I did not lose my job. In other words, the panic attack proved that I was a bit sick like any other Internet maniac.

Much to my credit, I had this attack for a work-related reason. After all, the high-level visit will occur in a few days. Every minute counts when you do such things.

So, I admit that this should be an issue for International Labour Organisation and its tripartite dialogue, with some emphasis on employers’ bench.

But, on second thought, don’t you think that we should go directly to the World Health Organisation for that matter?

I wonder if the Security Council can deal with issues related to the international peace and security of mind. 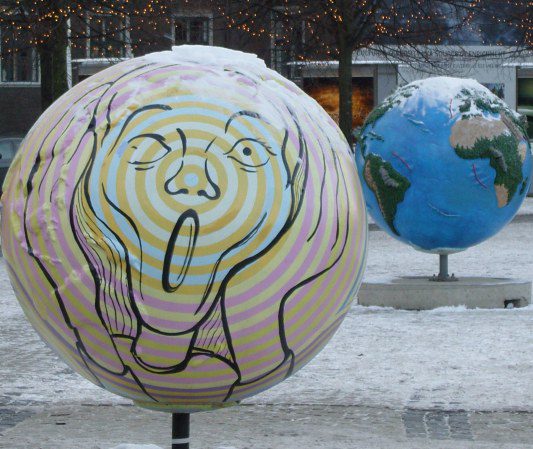