You are here: Home1 / Has the coronavirus deprived us of choice?

Has the coronavirus deprived us of choice?

The coronavirus has been credited with catalysing a shift from a self-centred ‘I’ society to another-centred ‘we’ society. The focus on individual well-being and material wealth that has shaped many people’s identity and aspirations for the last half century or more has now turned into a concern for morality and the benefits of caring, sharing, and community building.

In this blog I show how a particular rhetorical device known as antithesis, in which opposing forces are balanced against each other, can prove very persuasive. But I also caution against the reductive thinking that often comes with this kind of framing. At a time of draconian constraints on our liberties, we remain not only free – but duty-bound to evaluate our situation and how best to respond to it.

Rousing rhetoric in a time of crisis

As we have witnessed on social media recently, the recent emphasis on the common good has given rise to many edifying outpourings of song, offers of help, and expressions of love. It has also resulted in governments adopting unprecedented measures to save lives, secure jobs, and sustain communities. Medics and care-workers above all have demonstrated a heroic willingness to sacrifice themselves for the greater good.

Provided that we all pull together, all will be well in the end. That is the encouraging – and necessary – message of this crisis. ‘Necessary’ because it is a viral crisis, requiring compliance and collaboration if there is to be a constructive resolution. Epidemiological modelling tells us that dissent will be our undoing. 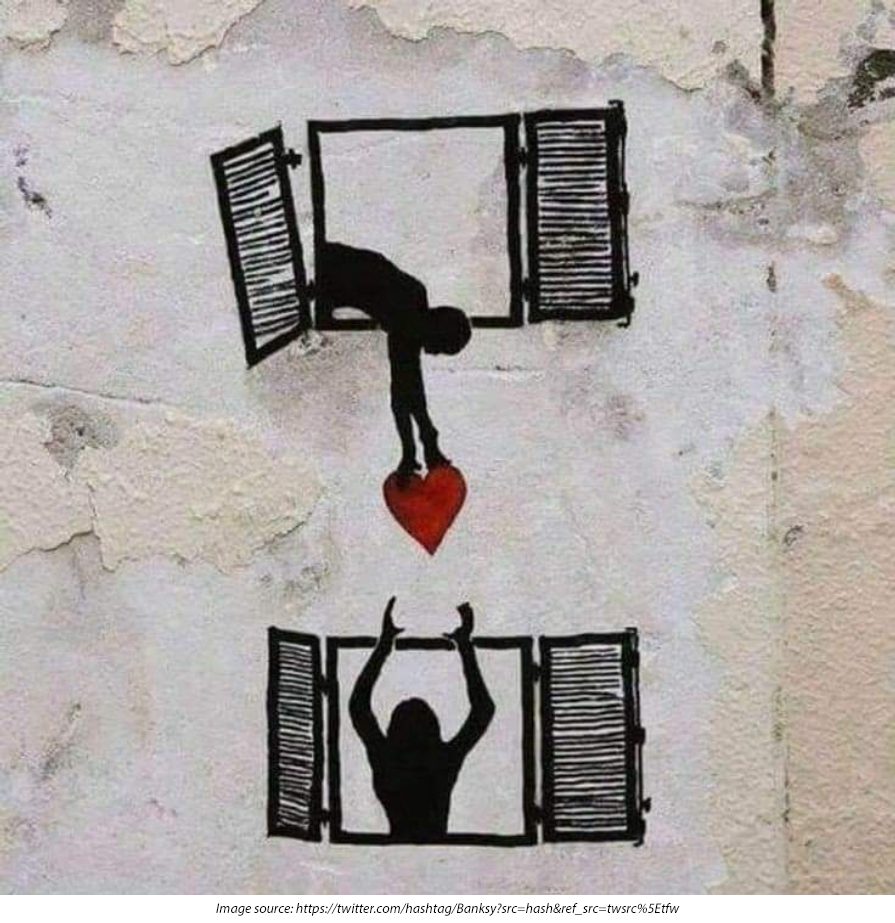 However, the re-framing involved in this shift from individualism to collectivism should not be accepted unthinkingly. We should not be seduced into a reductive black and white bias, especially if this involves equating individualism with ‘bad’ and collectivism with ‘good’. Individualism is not another word for selfishness, nor are all aspects of collectivism beneficial in and of themselves. The pros and cons of any particular way of framing a situation have to be evaluated on their own merits.

Nor does a change in the dominant narrative disqualify alternative accounts. Some of us may have been too selfish some of the time, or too materialistic much of the time, but this does not mean that we have always been uncaring and ungiving. We have not suddenly shed the chrysalis of individualism to join a collective of sun-kissed butterflies.

Polarities are useful for rousing solidarity, as we can see from the so-called ‘prayer of Saint Francis’:

We also witness the power of opposing forces in the BBC Radio London prayer that has gone viral on social media recently, which includes the lines:

One and the same rhetorical device has been used to promote opposing ideologies. The first quote was cited by Margaret Thatcher when she first came into office, inaugurating an era of heightened individualism (Thatcher is famous for having said ‘And, you know, there is no such thing as society. There are individual men and women, and there are families. And no government can do anything except through people, and people must look to themselves first.’). The second quote is circulating as an appeal to heightened collectivism.

Rousing rhetoric should never obscure the full spectrum of individual differences that exists between the polarities being presented. We have all had to juggle our own inclinations with the demands of others, to balance our own aspirations with our concern for others. It is precisely these choices and compromises that in large part determine who we are. If my neighbour is inclined to hoard and I am inclined to give, neither of us is necessarily right or wrong, we are just being true to ourselves. The same holds for the wife who, after a period of self-isolation, returns to her work as a doctor while her husband, anxious for the family, opposes her choice.

These individual differences explain why one person’s ‘stock-piling’ is probably another’s ‘safety-measure’, one person’s ‘public-mindedness’ is possibly another’s ‘selfishness’, and today’s ‘necessary hard measures’ are potentially tomorrow’s ‘soft authoritarianism’. Even our own inclinations and decisions may change in emphasis from day to day in the light of our self-reflection and re-evaluations.

What this crisis has brought out in stark relief for me is the importance of a considered life. What are the choices we have made, why, under what constraints, and with what expectations? What are the – possibly very different – choices we are now making? Why? Not long ago, hugs, kisses, closeness, and conviviality used to be the currency of love and friendship around the world, yet on Mother’s Day in the UK (22 March 2020) the country was told that staying away and not visiting our mothers is the best expression of our love.

Socrates said ‘An unexamined life is not worth living.’ Here again we see the power – and the peril – of antithetical rhetoric. An unexamined is first of all very unlikely, and when on occasions we do go along with what is, unquestioningly, we may do so for good reasons. It may be an individual choice, a temporary necessity, or even a decree from the powers that be. The imperative of an examined life is that we should not stop thinking for ourselves, and choosing accordingly, always with an eye on changing constraints and expectations.

This blog, therefore, is a defence of self-determination, not selfishness. It is an appeal for the protection and promotion of individuality in all its diversity, not the dichotomisation of behaviour as good or bad. Above all, it is a call for the examined life, where we remain free to re-evaluate the balance between self and other in the light of our own conscience and with regard for the changing dynamics of the situation.

Dr Biljana Scott, the author of this posting, developed and lectures on Diplo’s Language and Diplomacy course. In this course you can learn more about many of the topics discussed in this post, for example framing and reframing, as well as linguistic devices to develop a persuasive argument.