You are here: Home1 / Bitcoin: boom or bust?

Yesterday, at the International Institute for Management Development (IMD) in Lausanne, Switzerland, more than 100 people gathered to watch a debate between the  ‘Bitcoin Jesus’  Roger Ver and the IMD’s Professor of Finance Arturo Bris.  Of those present, just 30% were actual Bitcoin users. As we soon saw, there are a lot of question marks about the technical, legal, and economic aspects of this currency.

The discussion started with Professor’s Arturo question, borrowed from Paul Krugman’s blog in the New Your Times: Is Bitcoin evil? Is it here to stay? 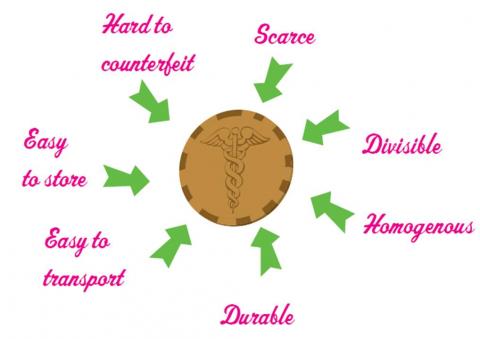 Roger Ver then shared his vision of Bitcoin. His passion was obvious as he described the currency as ‘the most important invention in the history of the world since the Internet’.  According to Ver, the world would be better than it is today, if only it would use Bitcoin. His is a dream world, with no taxes, where people can buy things online without commission, with no wars, with good roads, hospitals, and schools, etc., built on a volunteer basis. Is this possible? Is everyone as altruistic as Ver, who made a  $1 million Bitcoin donation to the Foundation for Economic Education last year.

For many of the questions posed by the audience, Ver had some ready answers. From a security point of view, his advice for everybody was to ‘keep your money in your [Bitcoin] wallet’ and keep control of the key. Bad actors are everywhere, he noted; they use normal, different colored money, too. From a competition point of view, the increased use of Bitcoin could result in a reduction in bank commissions on transfers, cards, etc. Visa and MasterCard should also take into consideration a possible commission decrease. Bitcoin itself has a fee per transaction and, as Ver pointed out,  it’s much less than any other fee we have right know from any other product.

Ver showed participants how quickly they could transfer money to somebody using this currency. Everyone downloaded the Bitcoin application and a Bitcoin wallet. Ver then quickly transferred money, about 20 CHF, to somebody in the audience who had scanned the QR code. It was interesting to see how quickly the process works.

Professor Arturo liked some aspects of Bitcoin: it challenges Banks and it is a system rather than a currency. But, he reckons, our increasing dependence on Internet and technology is eliminating the adjustment role played by currencies. As yet, Bitcoin is not a deposit of a value; there is a limited number of coins in circulation (21 million maximum); and it is a self-interested originator, i.e., someone issues bitcoins and takes a small fee at the start and then for each transaction there is also a fee (albeit a small one). In this way minor players can become rich.The Professor’s conclusion was that Bitcoin is here to stay, but as a sophisticated Paypal; he said that Bitcoin is desirable, but still needs to be regulated.

Ver circulated his presentation to those curious to know more and it makes interesting reading. Me? I’m still undecided. I know more of the plusses and minuses, but the Professor’s question is still ringing in my head: Should Bitcoin be regulated?

For more on the session, see the IMD website.

Whom do I contact if I want to raise my IG concern?
Scroll to top