You are here: Home1 / Can blockchain go green? 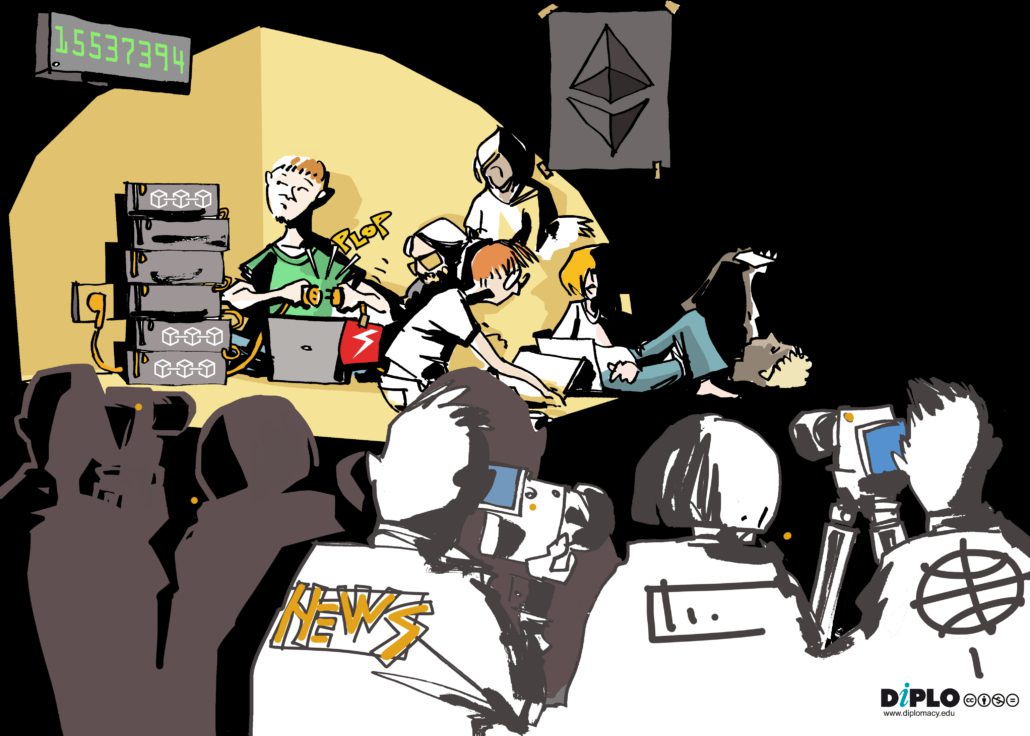 The so-called Merge was successful and marked the end of long lasting efforts made by the Ethereum developers and people involved in the system. An incredible amount of work is put into securing the ETH’s transition to PoS. We might say that it is the biggest triumph of community work in an open source software environment. Some of the brightest minds in cryptography and computer science are working for an industry developed around Ethereum.

What is the Merge?

The Merge is the official name for the last leg of the roadmap set almost five years ago. In this process, the blockchain behind ether cryptocurrency switched from Proof of Work (PoW) to (PoS) for verifying blocks in a chain. The process of verifying blocks in a blockchain is called ‘mining’, as users who participate get rewarded with newly created coins. The ‘Proof of Work’ algorithm demands electricity for powering the mining machines (often 24/7), while Proof of Stake depends on the stake size in the system, and does not require any equipment stronger than your home laptop to ‘mine’ a cryptocurrency.

The working PoS is not the Ether exclusivity. Similar working solutions exist already in the form of ETH competitors like Solana, or Avalanche projects. So far, the ‘PoS’ showed that improvements regarding blockchain limitations are possible. The throughput of transactions is considerably higher, which is one of the biggest limitations of the PoW algorithms. Considering that no work is required for validation, blockchain can produce bigger blocks at an advanced and precisely set pace.

As mentioned, the PoS is the decision making mechanism used in blockchain governance. A synchronous decision making mechanism is essential for blockchain security, as all nodes in the system must agree on the latest state of the blockchain. In particular, the Proof of Stake passes the validation of the block in the blockchain from miners to the users in the network with the highest stake. This, in a sense, resembles the current banking and financial systems worldwide in which resourceful organisations act as trusted parties.

Proof of Work mining utilises computer hardware to validate blockchain content, meaning that PoW miners spend electricity to power their machines, often 24/7. Anyhow, there is no inherent privilege for anyone in the system. Miners are competing on an equal footing for each block that was created. The most prominent cryptocurrency that uses PoW mining is bitcoin, and, of course, the extensive energy consumption provides one of the biggest reasons for its criticism. 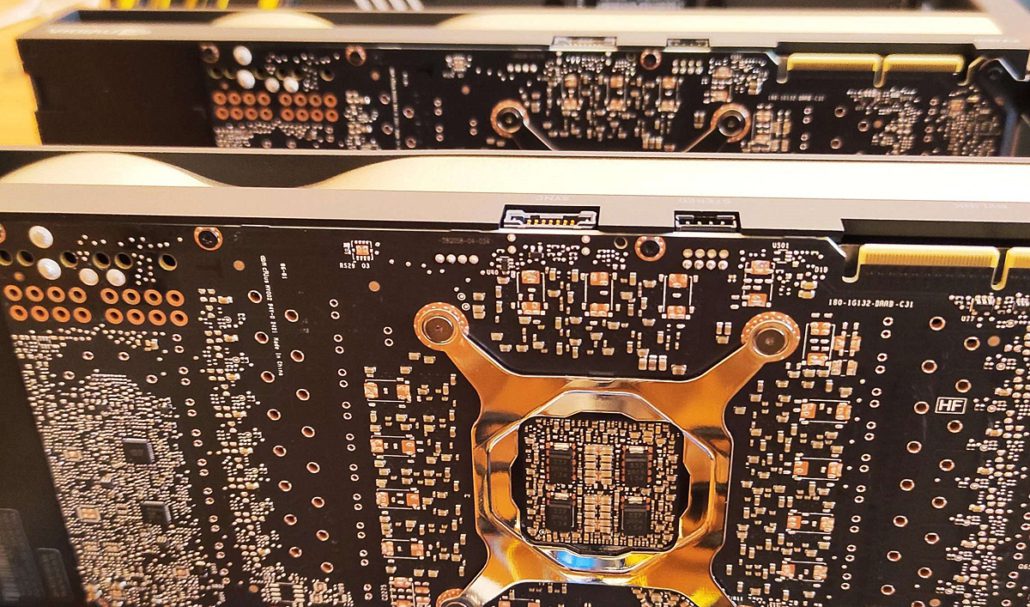 The importance of the Merge can be highlighted by pointing out that ether is one of the most valuable assets in the crypto industry. Its market cap is only second to bitcoin and is an initial platform for smart contract developments. Ethereum is used as a building platform for RC-20 tokens, among which is a Tether stablecoin, the main liquidity vessel of crypto exchanges. It is estimated that around $164 billion is invested in the ETH ecosystem, and many investment funds are eying industry startups. The latest monitoring report of the Bank for International Settlement (BIS) includes special features on banks’ exposures to crypto assets. Ether (cryptocurrency native to the Ethereum network) is at the high second place after bitcoin, creating around 30% of banks’ cryptocurrency exposure. The World Economic Forum (WEF) is describing Ethereum blockchain as a  technological pillar for thousands of Web3 projects and 71 million Ethereum-based crypto wallets.

More than this, the Ether network secured by PoW mining prior to 15 September, delivered more than US$10 million on a daily basis to the mining community. This was a significant incentive that drove the drastic price jump of graphic processor units (computer graphic cards) during the previous years. The Chinese company nVidia took a lion’s share of that profit, launching itself to a list of the top earning companies in the World. In the same tone, after the announcement of the Ethereum team that the last stage of PoS integration is set and ready (in October 2021), nVidia’s share plummeted, causing a staggering US$380 billion loss in the year 2021.

The real life consequences of Merge transpired in hundreds of thousands of ETH miners stopping their machines (motherboards with plugged nVidia or AMD graphics cards) and temporarily disconnecting them from the power. Starting immediately, the Ethereum network was spending 99.8% less electricity. This is represented as the hashrate drop in the image below.

The drop in an Ethereum mining network hashrate. Credits: Etherscan.io

This is marketed as a switch to the green and energy-efficient blockchain security mechanism. Many media outlets and think tanks followed the development and reported about the event with excitement. The issue of energy efficiency of cryptocurrency mining has become one of the biggest points of disagreement between the PoW and PoS proponents. While the PoS proponents argue that the PoW is a waste of energy not adequate for a sustainable and green future, the other side is convinced that the value of cryptocurrency lies in the costs of energy and work needed to obtain them. The idea of bitcoin (which uses PoW mining) being an ‘energy backed asset’ is gaining more traction. Meanwhile, governments around the world tried to curb the energy consumption created by the PoW miners.
The biggest move was from China when, back in 2021, they introduced a ban on bitcoin and PoW mining on their soil. China had the most bitcoin miners in the world, but had to take these measures as the provinces invested in crypto-mining were getting the electricity from coal mines. Advanced mining operations forced China’s Government to take this step, in order to curve the CO2 emission near to the SDG marks.

This month (September 2022), the White House issued a report: Climate And Energy Implications Of Crypto-Assets In The United States which called for the crypto industry to work on sustainable solutions in line with the US climate change objectives. This report was initiated by the Executive Order of the US president Joseph Biden, Ensuring Responsible Development of Digital Assets, signed back in March 2022. Both documents state that PoW mining as the main issue to be addressed in order to meet the climate goals. 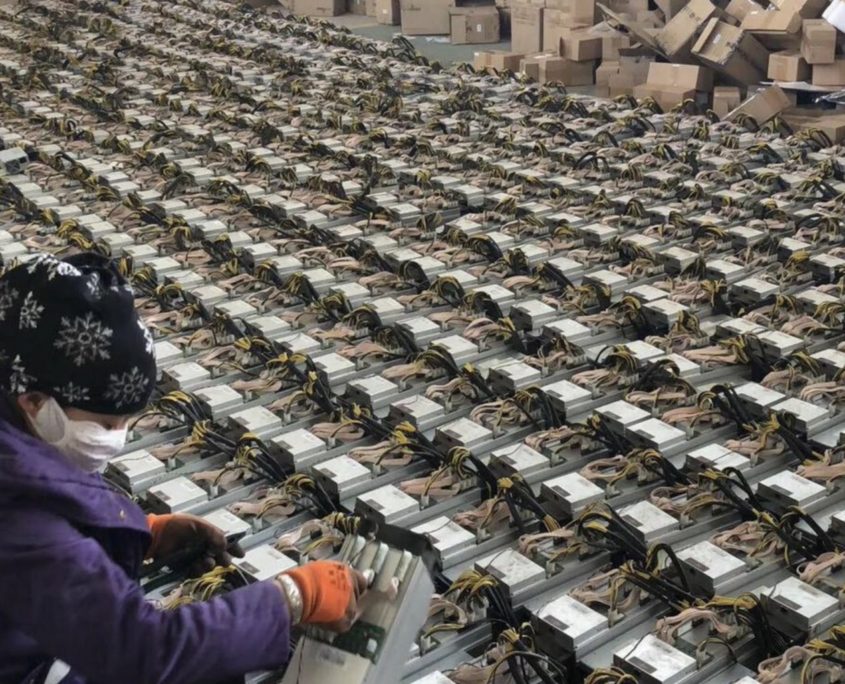 The European Union also thought of measures to prevent PoW mining this summer, with the amendments added to the proposed ‘Market in Crypto Assets’ (MiCA) agreement. Anyhow, this proposal did not meet the needed approval.

Looking from a technology point of view, the blockchain does not have to be secured by the energy demanding process. Anyhow, when we consider the governance mechanism behind trustless environments (as one blockchain should be), there might be angles to look at it as an advantage. The PoW proponents argue also that PoW mining is actually helping in reducing the CO2 emission by using the energy that is otherwise wasted, and keeping the grid in optimal shape by creating a constant demand.

Change in a regulatory framework

Apart from the issue of consumer protection, an additional burden is laid on the PoS. The change in the structural organisation in fact changed the optics of the regulators. So far, the US Securities and Exchange Commission (SEC) issued a couple of statements that they do not consider Ethereum’s Initial Coin Offering (ICO) a ‘security offering’ and will not pursue anyone who participated in it back in 2014, stating the decentralised nature of the network as the reason for their decision. Only one day after the Merge, the SEC chairman Garry Gensler said to the Senate Banking Committee, that the change of the structure of ether miners lead to a situation where more than 60% of the asset (ether) was in the hands of the entities that are in the USA, hence under the SEC jurisdiction. As we mentioned earlier, miners are rewarded for the block validation, and in that process, they receive the preset amount of newly created currency. Having that in mind, the SEC might go for the reasoning that every miner needs to obtain a ‘money issuer’ license required in the USA (in almost all other countries, as well).

The centralisation of ETH validators happens due to the nature of the Proof of Stake protocol. In order to be one of the ETH validators, one subject needs to deposit an amount of 32 ether (around $35.000). Putting such funds into the locked, non-movable vault, this entity gets the right to a share of the reward issued for a new block. This process is called Staking, and more than 200.000 people and business entities opted for this step. Knowing that the custody of crypto assets (and smart contract) is still tricky, the majority of funds are Staked through the second largest cryptocurrency exchange in the World, Coinbase. The Coinbase company is registered in the USA and is the first crypto company that went public. While not naming Ethereum specifically, Gensler told the Senate Banking Committee that cryptocurrencies that use PoS mining sure look like securities investments, and should fall under the SEC’s jurisdiction.

End of a home mining era

The Merge might mark the end of ‘personal’ cryptocurrency mining, home-grown computer farms, and the idea of empowerment for all users regardless of the stake. Anyhow,  The energy efficiency and sustainability of tech developments will have to play the main role in future plans of any government, but the whole crypto industry. In the midst of an uncertain energy situation, Ethereum’s switch to PoS mining is a significant step to more responsible Web 3.0 discoveries.

The BigTech (and) money

Should we accept technology and financial companies to be closely involved in (or take control of) the money issuing? This digital policy dilemma will be on top of the agenda sooner rather than later. Big and powerful economies would not be an exception from these new partnerships. The European Union recently announced that the plan of its central bank (ECB) for the electronic version of the Euro is nearing its end. The ECB selected five private companies to help in the implementation and testing of the pilot project. One of the five companies is the US IT giant Amazon. Of course, a functional and safe financial system is next to impossible without the large-scale internet infrastructure and interoperability with the existing systems on the internet. Not only in enabling nation scale access to the internet for both merchants and customers, but also to a cloud infrastructure, content delivery networks, and everything that makes the internet global now. This work is done by the standardisation organisations in any industry.

History shows that the interplay of power between the state and private actors is always delicate in the world of finance. Private, or sound money, as sometimes called, might be inevitable for the future of trade and finance, but the national policies around the ethical development of financial technology should be introduced sooner.

Alt text and inclusive communication: Is a picture really worth a thousand ...

Cyberattacked: Who do you call?
Scroll to top