You are here: Home1 / Beyond partnership and participation: Community organising for ownership...

Beyond partnership and participation: Community organising for ownership in humanitarian diplomacy and aid

The way in which the humanitarian aid sector operates has been challenged for some time. It is increasingly acknowledged that UN agencies and international non-governmental organisations (NGOs), often along with other actors such as the international bodies of the International Red Cross and Red Crescent Movement and donor governments of wealthier states, hold much of the programme design and financial power at the international level.1

Meanwhile, engagement with local NGOs often takes the form of unequal partnerships.2 These arrangements also leave the people affected by humanitarian crises (noting that there are overlaps between crisis-affected people and local NGO staff) with limited opportunities to shape aid response.

To address this challenge, international humanitarian actors increasingly use various approaches based on partnership and participation of those affected, seeking their involvement in needs analysis and programme evaluation through focus groups and surveys. But even here, power remains in the hands of international actors. (Section 4 of IARAN’s report From Voices to Choices: Expanding crisis-affected people’s influence over aid decisions: An outlook to 2040 includes some interesting discussion of participation attempts of the people affected by humanitarian crises.)

If power is to shift to the crisis-affected, and if the sector is to move beyond their depiction as the ‘vulnerable’ to whom a ‘voice’ is given, these people need ownership of aid responses. The theories and methods of a phenomenon outside the sector – that of community organising – may be key to moving towards such ownership.

My recent briefing paper, Citizen Diplomats: Exploring the Links Between Community Organising and Humanitarian Diplomacy, developed while studying Diplo’s online diploma course in Humanitarian Diplomacy, explores how community organising could be used by international NGOs and the International Red Cross and Red Crescent Movement. This phenomenon could bridge the gap between generally top-down approaches to local involvement in humanitarian diplomacy3, and often spontaneous grassroots citizen actions which may be disparate, lack clear goals, and face difficulties in gaining sustained access to power holders at the international level.

The paper examines how the community organising charity Citizens UK works with and trains existing and new local organisations and leaders, who themselves continue to grow their bases through building relationships with other groups and leaders, and by replicating each other’s successful actions locally. Because these groups are locally owned and led, and build their own relationships and knowledge, they become long-term structures which can adapt to new issues over time.

What makes the Citizens UK case study particularly relevant for humanitarian diplomacy and the wider humanitarian aid sector is that, unlike many other community organising examples, its work demonstrates that such approaches can be applied to international humanitarian issues, as this study focuses on advocacy for the resettlement of refugees from camps in Europe to the UK.

The paper concludes by noting the potential of community organising goes beyond humanitarian diplomacy to the wider humanitarian aid sector. While the case study demonstrates its application in grassroots ownership of international humanitarian action, those at the grassroots in this study are not the crisis-affected (though some people with refugee backgrounds were involved). However, community organising approaches also provide principles and methods for transferring ownership of aid responses to those affected by crises.

Community organising has its modern roots in the work of US organiser Saul Alinsky, who is widely viewed as the founder of the ‘broad-based approach’. Alinsky’s approach relies on existing organisations in communities, such as faith and educational institutions and local NGOs, to create networks and leaders. Alinsky often took a confrontational stance, viewing the identification of a specific enemy and polarisation of an issue as key to engaging people. However, he also placed great emphasis on compromise as necessary for eventual success. Alinsky outlines his approach in his book Rules for Radicals.

Other approaches use different organisational forms, such as creating exclusively new groups rather than relying on existing institutions, or actively recruiting and training individuals to join local branches of the wider organisation. Nevertheless, they retain the fundamental basis of organising – establishing ‘organisations of organisations […] [to] build power in order to achieve changes in policy and practice within institutions that have an impact on the community’, as Beck and Purcell write in their book International Community Organising: Taking Power, Making Change. It is the community itself that drives these activities and builds its own relationships with stakeholders, rather than acting as a complement to a larger national or international organisation that gives the community a ‘voice’ in its activities.

A potentially highly relevant approach in an international context is Slum Dwellers International (SDI). SDI defines itself as ‘a network of community-based organisations of the urban poor in 32 countries and hundreds of cities and towns across Africa, Asia and Latin America’. This network grew organically out of connections established between various grassroots organisations.

Beck and Purcell’s study of SDI highlights two interesting approaches – that of ‘enumerations’ (a form of locally-owned data collection), and of local and international horizontal learning exchanges to share knowledge and experience across the grassroots level, rather than it being passed from one part of an organisation to another via a head office. These approaches could be applied in humanitarian aid settings as steps in shifting ownership to the crisis-affected. SDI appears particularly innovative in that it has also achieved an international presence (which is less common in community organising), engaging in advocacy with UN bodies, and it uses the connections between different parts of its network to build an international advocacy platform. Its success suggests that people affected by humanitarian crises could have much more ownership of international advocacy than is currently the case. 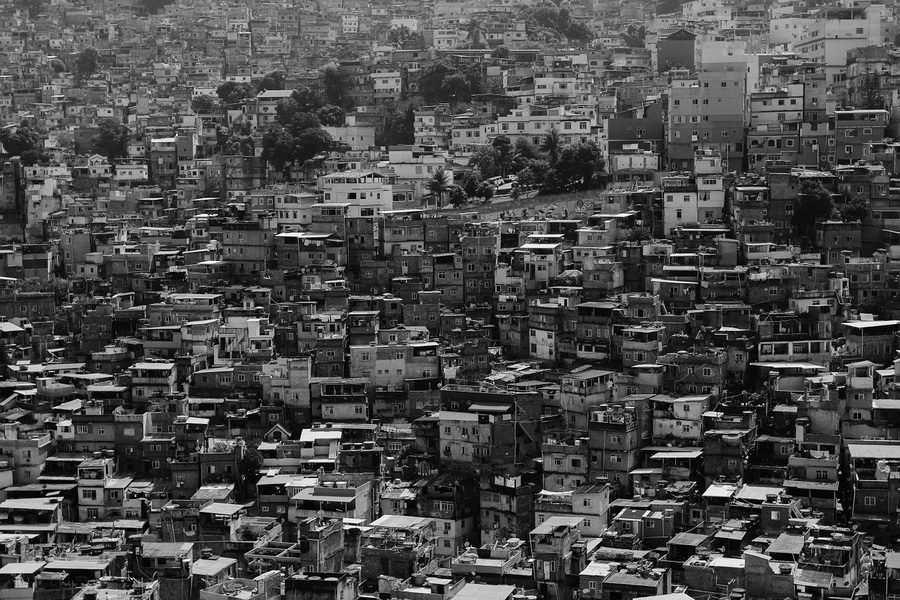 It is important to acknowledge that such approaches require time and patience to develop. In an immediate humanitarian crisis, such as sudden refugee flight to a new area, international organisations involved in the response are most likely confined to relying on their existing programmes and strategies, possibly with involvement of some local NGOs and existing community leaders, to deliver immediate relief and attempt to establish humanitarian protection for the crisis-affected. Humanitarian access issues would also hamper such approaches. However, if they had already been embedded within an organisation and local community, they may still be at least partially operable.

Protracted refugee crises are a particularly pertinent example of protracted crises. As such, the SDI approaches could be more fully tested in some protracted refugee crises, where large populations are mainly restricted to camps, with international organisations as the principal source of governance and services. These camps become akin to urban slums in many respects and given their unfortunate longevity, there is scope to explore whether their inhabitants could use existing and new networks to gather and own their needs analysis data and use this ownership to take the leading role in programme design, assisted by the international actors, rather than the opposite. There is also potential for horizontal learning between communities in camps worldwide, and international actors could use their global reach to facilitate this.

Of course, institutional donors would need to support these approaches for them to become widespread. Nevertheless, small pilots may be possible with the support of particular institutional donors and/or by relying on private donations, and successes could increase donor buy-in. While donor policies are often and legitimately noted as potential roadblocks to grassroots innovation, this should not prevent experiments to try to change their approach.

These are initial ideas and possibilities, and my research in the coming months will focus on exploring the untapped potential of community organising for the humanitarian aid sector. Community organising could be a new means of helping to move the sector beyond partnership and participation to community-driven processes, where the people affected by a crisis own the response and the advocacy and are supported by international actors, rather than the other way around.

[1] The Overseas Development Institute (ODI) think tank produced an interesting and helpful summary of the historical development and the current state of the humanitarian aid sector in its 2016 report. Chapter 4 in particular explores how the sector currently operates and barriers to change. See: ODI (2016), Time to let go: Remaking humanitarian action for the modern era. [2] The ODI report describes partnerships as ‘transactional’. Many partnerships function as contractual relationships, with local humanitarian actors operating in a somewhat similar manner to subcontractors in a commercial context. [3] While other organisations may have adapted this definition somewhat, the International Federation of the Red Cross defines humanitarian diplomacy as ‘persuading decision makers and opinion leaders to act, at all times, in the interests of vulnerable people, and with full respect for fundamental humanitarian principles’. See: IFRC, Humanitarian diplomacy policy.

Hannah Bird is a research fellow at Diplo, while also working as a lawyer based in London. She is currently pursuing a career shift to academia in conjunction with community work, and her research focuses on community organising and participatory education. Hannah completed the Humanitarian Diplomacy course in 2020 run by the International Federation of Red Cross and Red Crescent Societies (IFRC) in partnership with Diplo.

Is it misleading to speak about climate refugees? Of legal concepts, metaphors, and human suffering …

Understanding the essence of time

Humanitarian diplomacy learning for the Americas

[Podcast] Diving into Digital #1: Tech and diplomacy in Silicon Valley ‘Deplatforming’ Donald Trump was a necessary quick fix. What now?
Scroll to top