You are here: Home1 / Geneva Launch of E-diplomacy Initiative 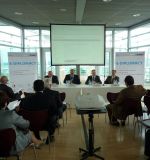 In front of a beautiful panoramic view of Geneva, the DiploFoundation E-diplomacy Initiative was launched at the World Meteorological Organization Building with over 60 diplomats from UN missions and other participants.

That is how Dr Jovan Kurbalija, Founding Director of DiploFoundation, opened his intervention with an exercise in decoding the new 'text language' of digital natives (those born with a computer mouse in their hands).

Photo from the Geneva Launch of e-diplomacy Initiative In front of a beautiful panoramic view of Geneva, the DiploFoundation E-diplomacy Initiative was launched at the World Meteorological Organization Building on May 19th, with over 60 diplomats from UN missions and other participants. Ambassador Dante Martinelli, of the Permanent Mission of Switzerland to the UN – Geneva, opened the meeting and welcomed attendees. He was followed by Ambassador Victor Camilleri, of the Permanent Mission of Malta to the UN – Geneva, who said that 'Diplomats of my generation have witnessed the transition from long hand to Twitter, from carbon copy to blog, from card indexing to Wikipedia, from long distance telephone calls to video conferencing.' Mr Mike Corkerry, Executive Director of AT&T, EMEA Government Affairs and Ambassador Fred Tanner, Director of the Geneva Centre for Security Policy (GSCP), who highlighted the GSCP's coherent, sustainable approach to e-tools represented launch sponsors.

Ms Ginger Paque, of the IGF Remote Participation Working Group noted the importance of remote participation as a complement to, not a replacement for in situ meetings, in order to increase inclusion while helping contain the costs implied in time, funding and carbon footprint. She pointed out the evident transition from remote observation to remote participation in recent conferences. Responding from the audience, Internet governance thematic Amb. Bertrand de la Chapelle noted that this move from 'attendance' to 'participation' is also changing the engagement of actual physical meetings. He noted that as 'attendees' become 'participants',the focus is moving from 'speeches' to interaction in conferences and meetings. Mr Boris Richard, of the Permanent Mission of the Switzerland to the UN – Geneva, demonstrated the Swiss tool ch@world as an example of an online tool combining information, communication and negotiation in a compact, intuitive application used by Swiss diplomats.

Ms. Corinne Momal-Vanian, Director, Information Service, United Nations Office at Geneva, added an overview of UN activities in e-diplomacy and e-participation from the audience. She said that the UN has always provided a platform for communication so the exploration of e-tools for improved interaction is a natural development.

See also some video "blips" with speakers and participants in the event:

See more pictures from the session. 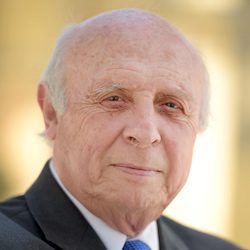 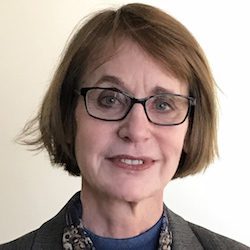