You are here: Home1 / Vienna Launch of E-diplomacy Initiative

The launch of E-diplomacy Initiative of DiploFoundation was organised in cooperation with Vienna Diplomatic Academy.

The  May 25th 2010 launch was held at the Vienna Diplomatic Academy. Ambassador Hans Winkler, director of the Academy, delivered an inspiring introductory speech. He noted one aspect which illustrated that some dilemmas transcend time. His vivid explanation of the first fax sent from the Ministry in Vienna and the question 'Who will pay for it' resonate with the same dilemma the US State Department had when they sent the first telegraph message to France (back in the nineteenth century). The cost of the telegraphic message was enormous and it triggered an interesting discussion on the cost and utility of new technology with relevance even for our time.

Ambassador Christopher Grima gave an interesting insight into Malta and ICT. Malta has a very well-developed Internet/ICT infrastructure and industry. The reason is very simple: ICT/Internet helped Malta to overcome the geographical limitation of being an island. The Internet has been always been a necessity for Malta. Malta's emphasis on Internet and ICT also helped inspire the establishment and subsequent development of DiploFoundation.

Dr. Jovan Kurbalija then listed the main diplomatic activities and continued by linking activities to e-tools. In a flying flip chart session participants shared positive and negative experiences and concerns in using e-tools in diplomacy. Overarching themes were security, privacy and confidentiality.

The main part of the event focused on three areas:

First – Dr. Kurbalija explained how diplomats can better manage information by using information aggregation. He gave an overview of NetVibes and example of diplomatic aggregation developed by Stefano Baldi (an Italian diplomat based in Brussels).

Second – Ginger Paque presented a wide variety of remote participation tools from very simple and free ones (video-broadcasting, Skype, Dimdim) to highly professional and sophisticated (telepresence) systems. She noted that apart from the technological aspects, it is clear that the use of a new tools will raise organizational, legal and procedural questions (e.g. what is the status of an intervention by someone who is not physically present in the conference room?).

Third – Mary Murphey reflected on the influence of e-communication on language. She highlighted a few trends, including the effects of the elimination of some punctuation marks. Mary provided a few illustrative and humorous examples. Stay tuned as we expand our discussion on the interplay between language and e-tools in the context of diplomacy.

Please share your questions, answers and experiences as we all explore and discover new e-tools!

See more photos of the event or read the article at the Ministry of Public Affairs, Malta. 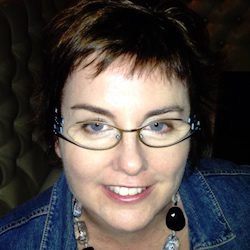 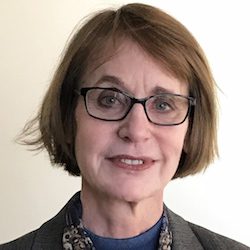