“Twitter share price plummets”, crowed a host of articles earlier this month, playing to our collective schadenfreude over hyper-successful dot.com.2 companies like Twitter. A 24% fall in share price is certainly more than a wobble, although not remarkable in a sector noted for its volatility. The issue that scared investors was that the growth in Twitter users had slowed. “Twitter averaged 241 million monthly users in the last quarter of the year, up just 3.8% on the previous quarter. That represents a slowdown compared with a growth rate of 10% seen at the beginning of 2013”, said BBC News. Mind you, the Twitter share price has already recovered 50% of those losses, and stands again at 50% more than when it launched. Follow the money, as they say.

Facebook was also in the news recently since although, unlike Twitter, profits are increasing, many commentators excitedly, or was it gleefully, noted that teens were leaving the site. And Wired magazine – itself a reputable survivor – suggested that, counter to its denials, Facebook was taking the issue seriously. There was also a lot of publicity for the Princeton academics, “Epidemiological modeling of online social network dynamics” study which ‘demonstrated’ that Facebook would be dead in a couple of years. There was less notice paid to “the skewering of the Princeton methodology by Facebook’s own data scientists“, as John Naughton put it in his excellent piece on Facebook’s first 10 years. One of John’s main points concerns precisely the opposite trend:

“In fact, the most significant question is not whether teenagers will abandon Facebook, but whether its adoption by huge numbers of adults will result in the fulfilment of Zuckerberg’s vision of owning “the world’s social graph” – the network of humanity’s online social connections. If it does, then our society’s move into completely uncharted territory will be complete.” 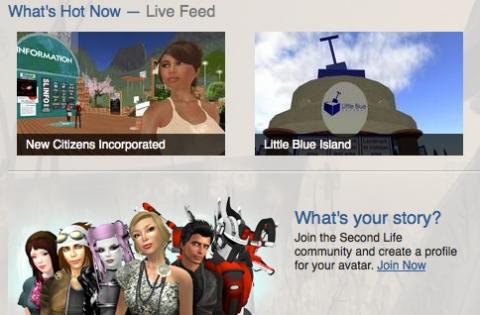 I find it interesting to try and compare Twitter and Facebook to older web platforms such as eBay, Amazon and Second Life, noting that old is a relative term on the web – these are still young companies! eBay and Amazon are stellar survivors, thriving to the point that people fear their impact on other economic sectors. eBay exploited the scale at the control of web entrepreneurs to aggregate a million, tiny, local niche markets into one global market, and which nonetheless maintained the local feel through its early inclusion of recomendations – meaning that we would be able to assess sellers and buyers in the same way we employ plumbers, through personal recomendations. After a slow start it scaled massively very rapidly, thus raising a high barrier to new  market entrants. Amazon also took on a traditional model, retail, but as well as exploiting the reach and speed of the web, which many early competitors emulated, Bezos recognised the central importance of order fulfillment in the success of an online shopping system.


And Second Life? Undeniably as innovative as eBay and Amazon, the virtual world was hailed as a trailblazer for future digital environments. We had virtual embassies, online training rooms, real-time extensions of physical events, and people making real money from virtual real-estate and accessories. It’s still operating but it hasn’t – yet – taken off in anything like the same way as the web megacorporations. One possible reason is that Second Life was trying to create its own market, indeed, its own world. So there isn’t an existing set of markets, or business processes, that can be transformed through digital technology. And, at the same time, none of these three examples foresaw the rise of mobile digital devices – who did? But, whereas eBay and Amazon can extend their services easily into these platforms, Second Life was built on a techological premise – that Moore’s Law is linear, rather than virus like – hopping promiscuously between hosts (and the less said about promiscuity and Second Life the better). So while the processing power necessary for a smooth virtual-world experience is available on PCs, we’re all moving to tablets and smartphones for more and more of our webtime, where processing power is applied in other directions.

So, are Twitter and Facebook transforming existing systems or are they creating their own market? Both are now mainstream – essential channels for contemporary diplomats. Which will still be around and as important in five years? I think there may be an interesting hint in the way that a lot of Twitter’s current growth is in what is becoming an alternative news or mediascape. News is broken on Twitter, we are all citizen journalists on Twitter, able to flash instantly around the world our photographs of planes landing on the Hudson. And paid journalists watch Twitter, quote it and seek audience themselves through it. Is Facebook, on the other hand, more about creating a market – for sharing our lives with each other, mainly visually, especially within our small social groups. And the danger of the teen trend is less that the youth are the market of the future but the simpler, cheaper, rapidly-growing mobile phone text-based channels they are using instead – like WhatsApp, Viber and WeChat, to name three that have been in the news recently. However, Facebook is already enormous and cash rich enough to see off challengers to key features such as photo sharing – hence the $1billion it paid for Instagram. And it can be argued equally that Facebook is more of an eBay – aggregating, through its platform, millions of tiny, local social circles that used to be broken up when people moved out of their home locality.

Maybe a more interesting question is what current platform is the next Second Life, or MySpace?

It’s slightly startling to find instant evidence that a line of thinking is on the right track. The announcement today that Facebook has bought WhatsApp for $19 billion illustrates clearly, I think, my point in the last paragraph above, that Facebook has the power and the determination to underpin and extend its nascent monopoly in the social space, ‘to own the world’s social graph’. We are indeed in uncharted territory.

The History of Switzerland in Serbian The EU on Internet governance: Strong on description – Weak on prescripti...
Scroll to top