You are here: Home1 / Internet governance in November 2017

The ongoing search for ways and means to address cybersecurity issues on a global level, courts continuing to shape the applicability of digital policy across different jurisdictions, and new disclosures of data breaches were among the main digital policy developments in the month of November.

These and other developments, trends, and regional updates were the subject of November’s just-in-time briefing on Internet governance – our monthly appointment on the last Tuesday of every month – which took place on 28 November 2017. They were also summarised in the Internet Governance Barometer for November, and in Issue 26 of the Geneva Digital Watch newsletter, published on 30 November 2017.

Leading the briefing, Dr Jovan Kurbalija, Director of DiploFoundation and Head of the Geneva Internet Platform, gave an overview of the top trends in digital policy in November: 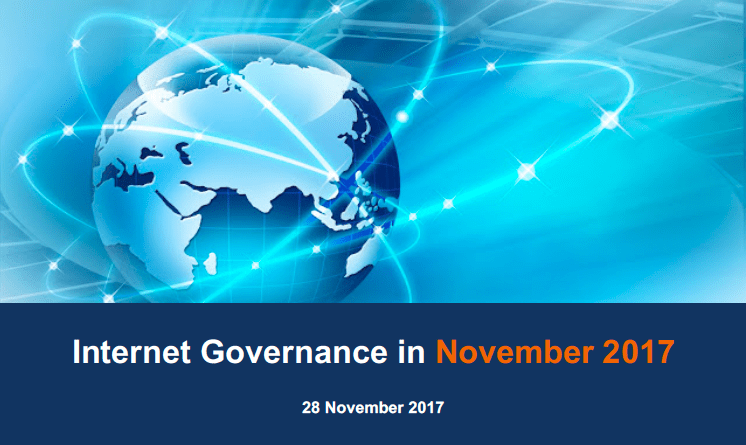 The briefing also included an overview of other digital policy issues that were particularly prominent in the public policy debate in November (including security, digital rights, net neutrality, and new technologies), as well as an overview of the main Internet governance events held over the past month and planned for December. More details are available in Issue 26 of the Geneva Digital Watch newsletter.

During the interactive section of the briefing, several issues were discussed: the specific nature of the GGE on LAWS, as an open and inclusive process, where any member state can participate and which also welcomes input from other stakeholders (which were invited at the Group’s meeting); whether and how the planned rolling back of net neutrality rules in the USA impacts current business models, especially for startups and small and medium enterprises, within and outside the USA; bitcoin and other cryptocurrencies becoming more tangible, affecting the economy, and opening new discussions on their use and misuse. 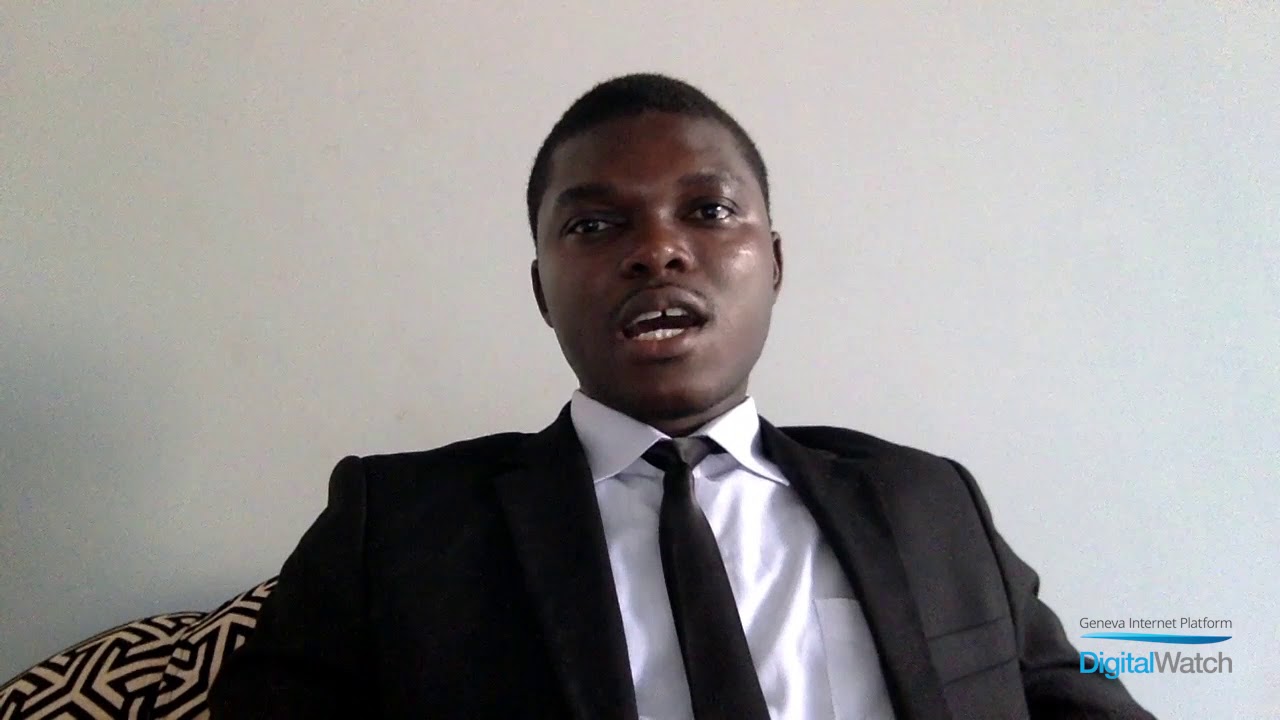 In Nigeria, Facebook launched an initiative aimed at providing digital literacy training, in partnership with local stakeholders. The company is also establishing a digital hub to support tech entrepreneurs. In Ghana, the Broadband Communications Chamber is launching a broadband investment forum with the aim to revamp the country’s broadband strategy and update it to support the implementation of sustainable development goals.

Providing updates from the Caribbean region:

Andre Edwards started by speaking about Angola’s plans for a cryptocurrency regulatory regime for the registration of initial coin offerings of specified categories of cryptocurrencies. In Guyana, the Ministry of Public Telecommunications hosted a LACNIC workshop, which provided capacity building sessions focused on cybersecurity, regional Internet registries, and other Internet governance topics. Alphabet and AT&T partnered for a project aimed at providing Internet services in remote areas in Puerto Rico.

In Pakistan, the Electronic Media Regulatory Authority blocked private television news channels, arguing that they have violated the Electronic Media Code of Conduct by providing live coverage of security operations during protests in Islamabad. In Nepal, NIC Asia Bank, one of the largest private sector commercial band, suffered an attack that lead to perpetrators issuing fraudulent money transfers via the SWIFT interbank messaging service. 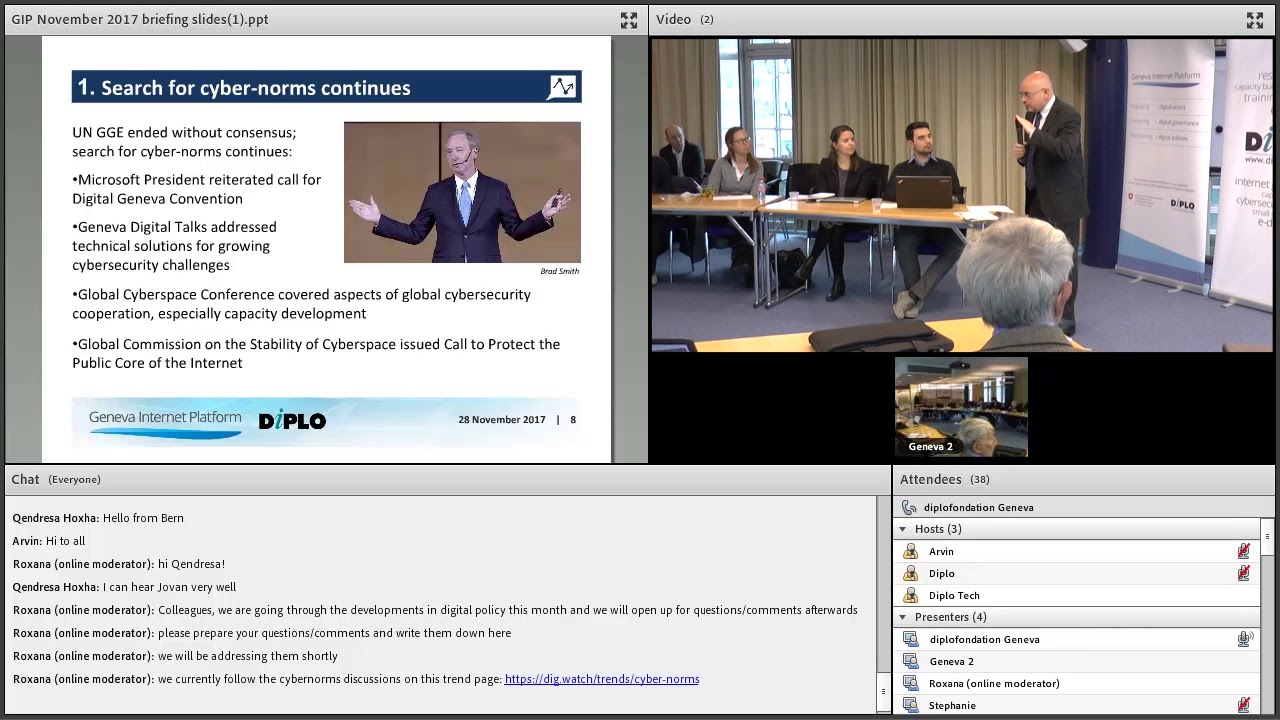