You are here: Home1 / How can Mediterranean wisdom shape our digital future?

How can Mediterranean wisdom shape our digital future?

Today, as we revisit many fundamentals of society and discuss the future of humanity, many historical roads lead to the greater Mediterranean region; from Persia to the Atlantic, from the Sahara to the plains of Central Europe. 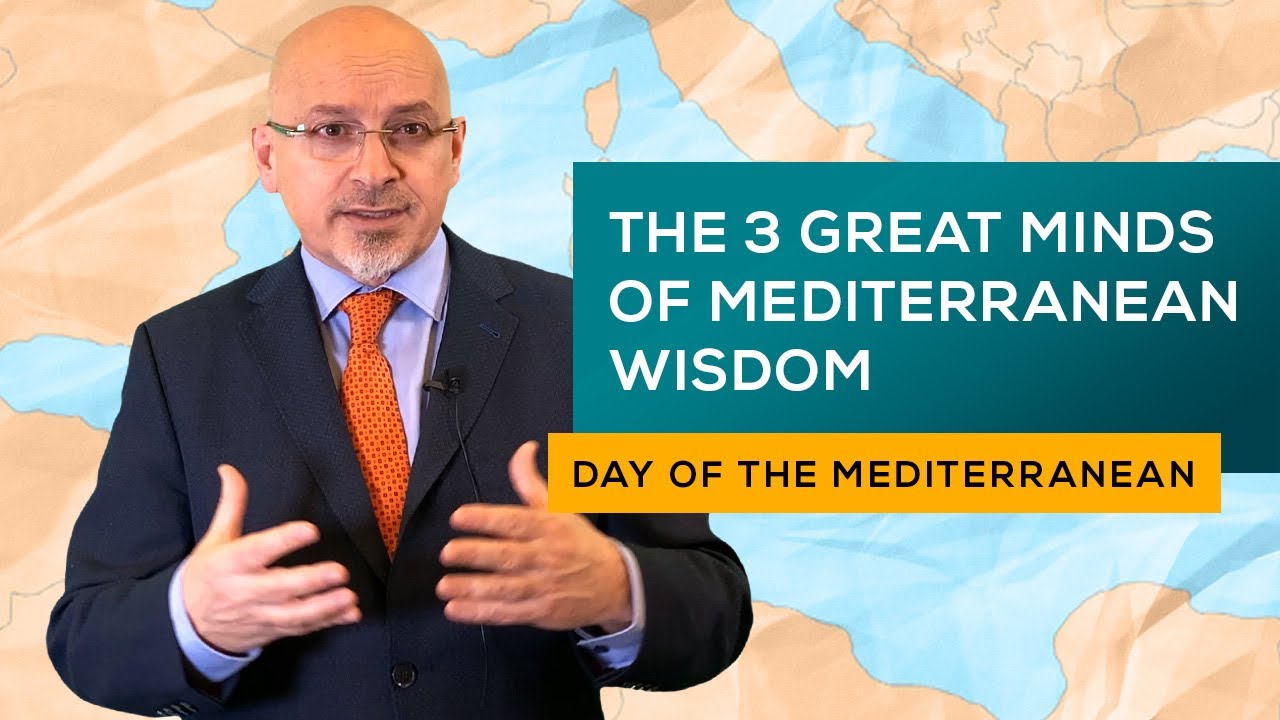 Roots of modernity can be found near the shores of Mare Nostrum (the Roman name of the Mediterranean); from the main religious, abstract thinking of Greek and Arab philosophers, to great inventions and inventors. Among many historical routes, we selected one that directly shaped our digital era, centred around three great personalities: Al Khwarizmi, Fibonacci and Nikola Tesla. These historical giants on which modernity is built, were also boundary spanners across scientific, cultural, and religious traditions.

Muḥammad ibn Mūsā al-Khwārizmī, whose name was latinised to Algorithmi, was a 9th century Persian philosopher and mathematician. In addition to being the eponym of algorithm, one of the most used terms in artificial intelligence (AI), Al Khwarizmi is considered to be the father of algebra. As a librarian of the House of Wisdom in Baghdad during the Arab Golden age of the 9th century, Al-Khwarizmi made major contributions to geography, astronomy, and philosophy.

For our historical journey to the origins of digitalisation, his most important contribution was to introduce the number ‘0’ from India to the Mediterranean. His work became known to Mediterranean scientists via the Latin translation of his book Algorithmo de Numero Indorum in the 12th century.

Next on our historical journey is Fibonacci, also known as Leonardo of Pisa, who carried the torch of ‘0’ and the Hindu-Arabic decimal system from Al-Kwarizmi, and brought it to Europe. Fibonacci learnt about the ‘0’ and decimal mathematics from Arab traders whom he met while accompanying his father on merchant tours in Tunisia. He immediately realised the superiority of the decimal system compared to previously used Roman numbers. Through his book Liber Abaci (Book of Calculation), published in 1202, this new type of mathematics spread to the rest of Europe.

Fast forward and we come to Nikola Tesla who laid the basis for the electronic age. His innovation opus includes wireless technology, and some other ideas which had not been deciphered until now. Like Al-Kwarizmi and Fibonacci, in spirit of the best Mediterranean tradition, Tesla was a boundary spanner. Many of his engineering inventions were inspired by his rich spiritual life.

The roots of his interplay between rationality and spirituality could be traced back to his childhood. His father was a Serbian Orthodox priest who exposed young Nikola to the long and rich tradition of the eastern spirituality.  His mother was a self-made inventor who solved practical everyday problems with simple and ingenious inventions. This interplay between spirituality and rationality continued through Tesla’s life. Tesla was always spiritual, which also brought Buddhism and other eastern spiritual traditions into his life later on.

These great figures of Mediterranean history, Al-Kwarizmi, Fibonacci, and Tesla, provide us with three insights that can guide our future dealings with digital and AI.

Firstly, nature is our main inspiration, in all aspects of creativity, including science and innovation. Fibonacci’s sequence can be observed all around us, from the smallest flowers and shells, to the spirals which scientists can see in outer space. The so-called golden ratio, derived from Fibonacci’s sequence, can be used in AI from detecting cancer to facial recognition. Nature is mimicked in many digital innovations such as neural networks. As we ‘consult’ nature we should also learn how natural ‘algorithms’ managed to sustain bio life and diversity for thousands of years.

Thirdly, the impact of pure scientific rationality is limited if it isn’t enriched by spiritual and artistic traditions. As Tesla’s life can show, it is exactly in this interplay between rational and spiritual where he managed to move beyond the immediate and obvious into deeper insights. These insights eventually resulted in groundbreaking inventions such as electricity.

Mediterranean wisdom can help us to overcome the chrono-narcissism of our era based on the idea that everything important is happening now and here. Al-Kwarizmi, Fibonacci and Tesla can inspire and guide us to shape our digital and overall future with modesty and deeper insights.