You are here: Home1 / Deep roots of the digital era: Five Vienna thinkers

If we want to understand the underlying concepts of the digital era, we have to revisit the opuses of five great thinkers from Vienna: Mises, Schumpeter, Hayek, Freud and Wittgenstein.

This reflection was triggered during the Geneva Human Rights Film Festival while I was watching the movie Deep Web (11 March 2016): 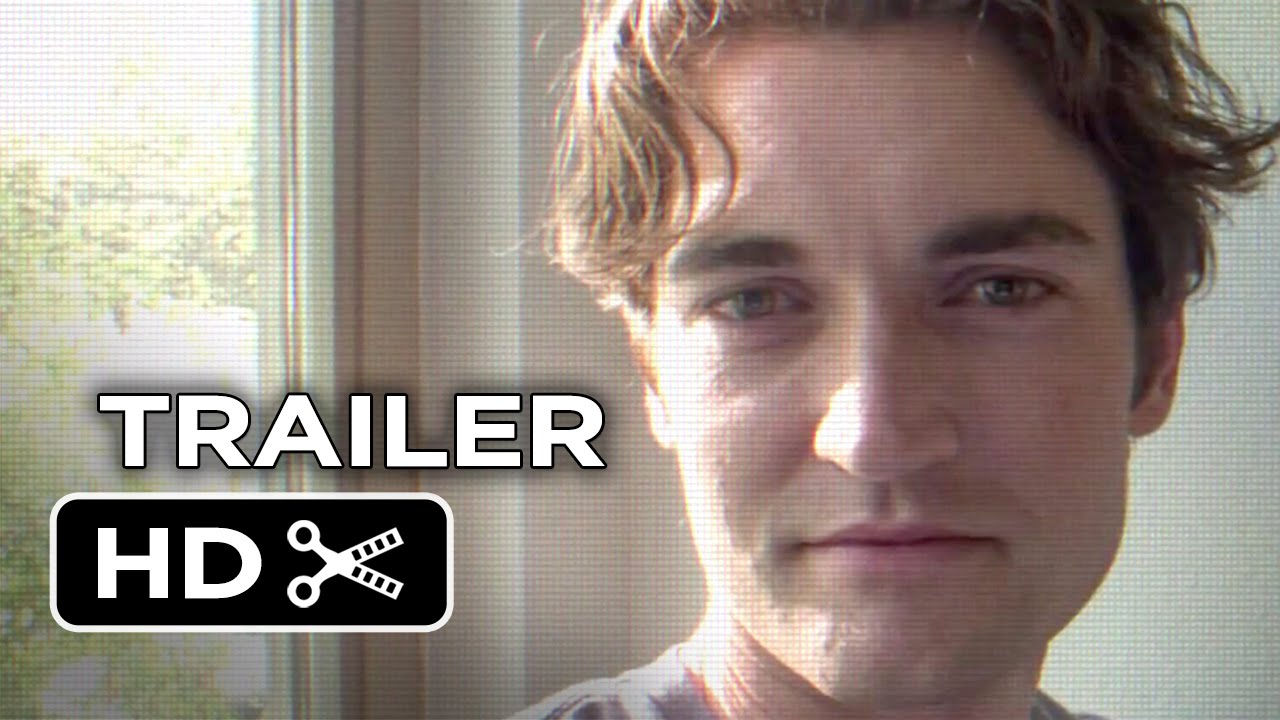 Namely, at one point (25m54s of the movie) the movie mentioned Ludvig von Mises as being amongst Ross Ulbricht’s, administrator of the deep web platform Silk Road and the main protagonist of the movie, main intellectual inspirations. 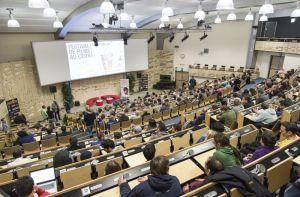 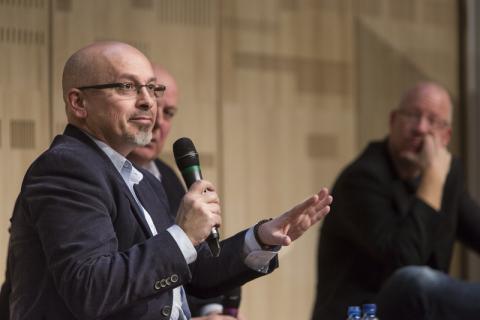 Mises and other four thinkers lived in Vienna after the collapse of the Austro-Hungarian Empire in 1918. Their ideas matured in academic circles, mainly in the US, and gradually moved to mainstream economy and politics. Today, they are part of the core thinking toolkit for understanding our time. 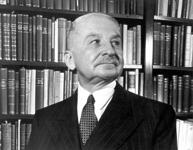 Were we to tweet Ludvig Von Mises’ core message we might say: Individual choice and consumer sovereignty are the basis of the digital era.

At the core of Mises’ thinking is the concept of praxeology, which is described as conscious actions towards individually selected goals. Choice and action are the cornerstones of praxeology.

Mises opposes government intervention as a dangerous distortion of free choice. He has inspired many cyber-libertarians. Today, Mises would be a strong supporter of Uber and today’s largely unregulated nature of Uber’s services in the taxi business.

He would also be likely to support Apple in its fight against the courts and FBI, over requests to hack a mobile phone, and in the wider debate on the right of individuals to protect themselves on the Internet by using encryption. 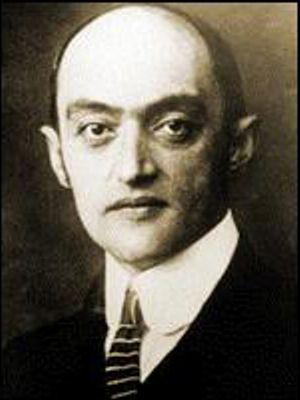 Joseph Schumpeter’s main link to the Internet economy is the concept of ‘creative destruction’ that  explains the emergence of new industries and business models. Facebook replaced MySpace. Uber is challenging taxi services. AirBnB is taking on the well-established hotel industry.

Schumpeter also warned about monopolies as a side effect of technological innovation. Typically, techno-driven monopolies are quickly challenged by imitators and newcomers. But, in the digital field, this process could be altered by the practice of the major Internet companies to acquire start-ups early enough before they can challenge  their monopolistic position.

Such practices could distort the market, something which concerns many anti-monopoly authorities. In particular, the European Union is very vigilant about Google’s monopoly in Europe (it has 90% of the search engine market). Schumpeter also warns that this type of monopoly could create corporatism or corporatocracy (i.e., an economic and political system controlled by corporations and/or corporate interests), which could destroy entrepreneurship and endanger the future of market economy. 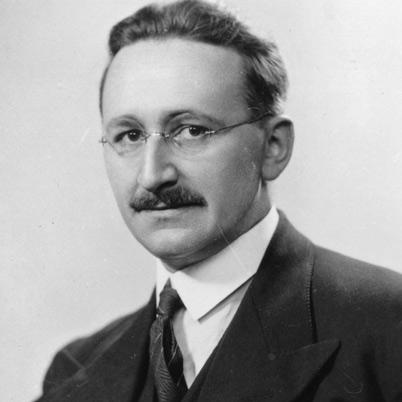 Friedrich Hayek made two major contributions of relevance to the Internet era. Firstly, he argued that technological progress and innovation result in lowering transaction costs and increasing efficiency. Hayek’s visionary insight was that transaction cost is the cost of information. The Internet brought the cost of information almost to zero and triggered a new range of innovative business models (Uber, AirBnB, etc.).

Secondly, Hayek’s link to the Internet era is through his view that knowledge is central to the economy.  He particularly focused on ‘tacit knowledge’ as knowledge that cannot be easily codified in books or other structured forms. Tacit knowledge is associated with intuition and ‘how to’ skills.

The Internet era may challenge Hayek’s view that tacit knowledge cannot be coordinated and managed in a traditional top-down way. Namely, various data-mining and behavioural analyses by Internet companies provide unique insights into the tacit knowledge we express online. Our habits, choices and market preferences are expressed through our recordable digital behaviour.

Tacit knowledge lies in the border zone between economy and psychology. It leads to the next Vienna thinker whose work provided the basis for the modern era… 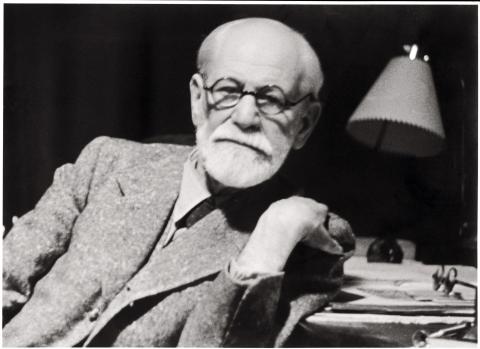 Sigmund Freud, father of psychoanalysis, is the grand-father of  Internet advertising. Freud’s core insight is that the irrational forces of the subconscious drive human behaviour. Harnessing these forces is ultimately behind how the Internet industry makes money. The bridge between Freud’s work on psychoanalysis and the Internet era was his nephew Edward L. Bernays who, in 1920, started one of the first public relations campaigns by successfully convincing women to smoke.

He relied heavily on his uncle’s work by linking cigarettes to woman’s need to challenge men’s power (cigarettes were seen as one of the symbols of male power). Today, through data-mining and the analysis of our digital behaviour, the Internet industry knows more about us than we do ourselves. Such insights about individual and group behaviour (e.g. how teenagers interact or what their habits are) are the basis of the new Internet business model.

Ludwig Wittgenstein had two major philosophical impacts on the Internet era associated with two major phases in his intellectual life. In the first phase, initiated during his studies at Cambridge with philosopher Bertrand Russell (1911‒1913), Wittgenstein focused on logical positivism by analysing the interplay between formal logic and language. His early research inspired the Vienna Circle of philosophers to further develop logical positivism. This laid the basis for the subsequent emergence of computers and, later on, the development of artificial intelligence.

In the second phase, Wittgenstein started to contradict his earlier arguments, claiming that there are very few formal rules that we can utilise in dealing with language. Language is a matter of context. Language is more related to social practices than to formal logical structures. This insight was understood early enough by Google and is behind the company’s success in understanding humanity.

Similar to Wittgenstein, Google realised early enough that the development of logically consistent structures has limits in understanding social reality. Unlike most artificial intelligence studies that have focused on logical positivism, Google instead focused on discovering patterns and practices in using language by counting how many times particular words are used, by whom, and when.

Last week, Google’s DeepMind won against the leading player of the complex Asian game, Go. It remains to be seen if this breakthrough is the ultimate victory of Google’s contextual intelligence versus previously dominant logical positivism as a way to mimic human intelligence. If it is, Wittgenstein would be satisfied.

This journey through Philosophy and the Internet via Vienna was inspired by my evening at the Geneva Human Rights Film Festival. The text is written as a report for participants of the Geneva Internet Platform (GIP) course on Internet governance with whom I have thought-provoking debates on the key issues of digital and modern society. By trying to understand the ‘here and now’, we need to look for inspiring answers from the past.

These five Vienna thinkers are one of the first steps in this search to find the roots of the modern digital era. They, together with the other philosophers shown in this illustration, could inspire our search for a new Internet social contract. 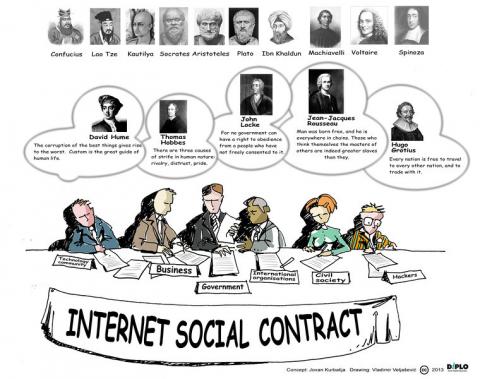 Online-offline-inside-outside learn where you can!

Apple vs FBI: A Socratic dialogue on privacy and security
Scroll to top