You are here: Home1 / An e-diplomacy moment in Mexico

An e-diplomacy moment in Mexico

“Age is no guarantee of efficiency” and “Youth is no guarantee of innovation”. I couldn’t resist showing the clip from the new James Bond film, Skyfall, when 007 meets the new Quartermaster (Q), as an opening to my presentation at the annual Ambassadors meeting at the Mexican Foreign Ministry this week. The film teases its audience with issues of ageing and relevance, an easy allegory for Britain’s own uneasy role in the world, unable to shed convincingly its colonial past but with waning powers.

And to keep it real I introduced the story of  Sacha Dratwa, the 26 year old running the very effective Israeli Defence Force social media campaign. 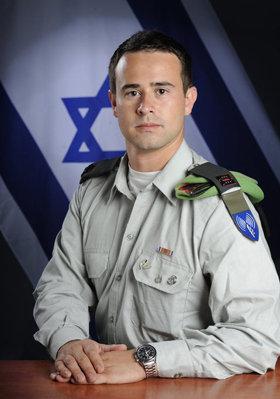 The clip frames one of the central underlying tensions in e-diplomacy, that between the world we have known and the one we inhabit. Diplomacy is, apparently, the second oldest profession in the world, it has thousands of years of learning and tradition, personified in the wisdom and experience amongst the 300 senior staff, serving and retired, who were gathered at the conference. However, if we date the new era from the birth of the PC, which liberated users from the iron control of Computer Specialists in lab-coats, we are talking just over 30 years, and if we start from the new age ushered in by the birth of the web, just over 20 years. Twitter was born in 2006.

Youth and experience have always co-existed somewhat uneasily: in this age youth seem to have a new power, their comfort with digital tools, even if their proficiency is often over-rated. But the other reason I introduced the issue early on was to rubbish that easy connection between age and facility with technology, including social media. Mexican public life provides a living demonstration. The previous president, Felipe Calderon, promoted heavily the use of Twitter and other social media, and it played an important role in the recent election. Accordingly many senior Government staff and politicians use social media extensively. For example, the new Minister of Foreign Affairs in Mexico, José Antonio Meade is active on Twitter (@JoseAMeadeK – 50,000 followers and a Klout score of 66). He describes his use as passive – he doesn’t tweet out very much but spends 20 – 30 minutes a day following topics and people in which he is interested, which has replaced browsing  newspapersin his daily routine. Claudia Ruiz Massieu, the new Minister of Tourism, is more active herself, tweeting regularly because it is a direct way of talking with people. (@ruizmassieu, 25,600 followers, Klout  67). And while they are representative of a ‘young’ cabinet, in their forties, neither they nor other politicians could claim to be young. They are a vivid demonstration of how easy it is for intelligent, focused and hard-working people to learn and integrate the use of social media into the work and lives. The same is true of the ambassadors, many of whom are active online – and in several languages.

President Enrique Peña Nieto addressed the Diplomatic Corps during a celebratory lunch at the Presidential Palace. One of the themes of his speech was that this is ‘Mexico’s moment’. From the recent glowing Economist special report to the contrast between Mexico’s zero deficit budget and the dire economic position of its erstwhile colonial power there is a lot of evidence to support his position. There is a palpable confidence in the air that this might finally be the moment in which Mexico manages to overturn the often very negative perceptions of the country held in other OECD countries, especially many parts of the US. And e-diplomacy is also up there in lights. I was invited to the event to present some of the case studies gathered in Diplo’s recent work on e-diplomacy because it is seen as a priority. In his introductory address to the President, Secretary Meade included e-diplomacy in the list of priorities for his Ministry. So search out and learn from feeds, blogs and tweets from the Mexican Ministry, or simply join the 1.5 million people who follow the President on Twitter – @EPN.