You are here: Home1 / UN Digital Roadmap: The realistic acceleration of digital cooperation

The UN Secretary-General’s Roadmap for Digital Cooperation, presented on 11 June, comes at the time when the world is trying to grasp the tectonic economic, political, and social shifts triggered by the COVID-19 pandemic. Digitalisation is the nexus of these shifts as digital tools shape the future of work, learning, trade, and our society in general. 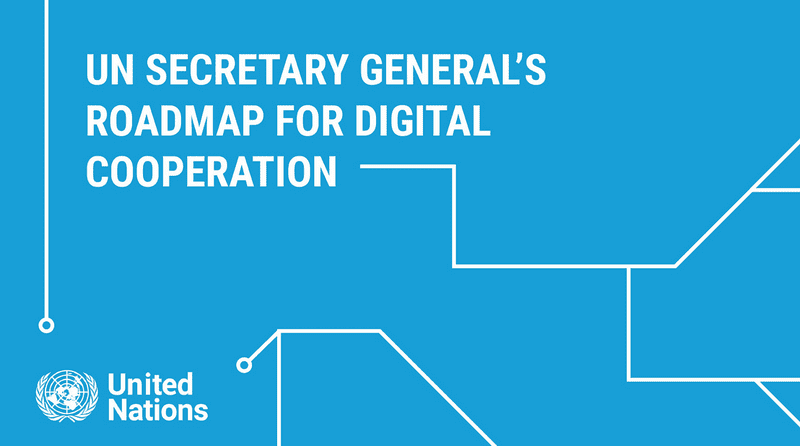 The pandemic accelerated the arrival of the Age of Digital Interdependence, which the UN High-Level Panel on Digital Cooperation described in its June 2019 report. As COVID-19 makes modern society more dependent on digital infrastructure, countries, companies, and citizens worldwide will need to look for fast and solid governance solutions for new issues such as contact tracing apps, cybersecurity, e-commerce, and content policy.

New laws are introduced and new policies are initiated almost on a weekly basis. In May, the US White House suggested an update of the Communication Decency Act of 1996 – which thus far has provided social media companies with broad immunity over content posted by their users – to pave the way for increased liability. France’s new law on online hate speech obliges online platforms to delete unlawful content within 24 hours. The EU has launched public consultations on the Digital Services Act, the so-called ‘future rulebook for digital services’. As the field increasingly develops, artificial intelligence (AI) regulations are emerging on all continents.

In response to growing pressure for action, the Roadmap accelerates digital cooperation while anchoring it to the political, social, and legal realities of the digital world. For example, it makes a stronger push on the ripe issue of digital inclusion. Yet, it treads more carefully when it comes to cybersecurity. On digital governance, it advances mature ideas on how to strengthen the Internet Governance Forum (IGF), while leaving space for future digital governance discussions.

The Roadmap builds on the recommendations of the UN High-Level Panel on Digital Cooperation, indicating the main signposts ahead of us and proposing practical policy actions.

In the following analysis of the Roadmap, you can find, first, a digest of its main actions and proposals, followed by more in-depth reflections on the most important issues and concepts.

1. A digest of proposed actions and projects

The Roadmap includes several action points. We can group them into three types of actions: those that the Secretary-General commits to undertake himself, action items assigned to the UN and its specialised agencies to deliver, and those that the Secretary-General calls upon member states, businesses, academia, and other actors to help deliver. All actions are ranked from stronger to weaker commitment.

Actions which will be undertaken by the UN Secretary-General

Action which other actors have been called to deliver

The structure of the Roadmap, like the Panel’s Report, is built around the three pillars of the UN: development, peace and security, and human rights, and is illustrated below. 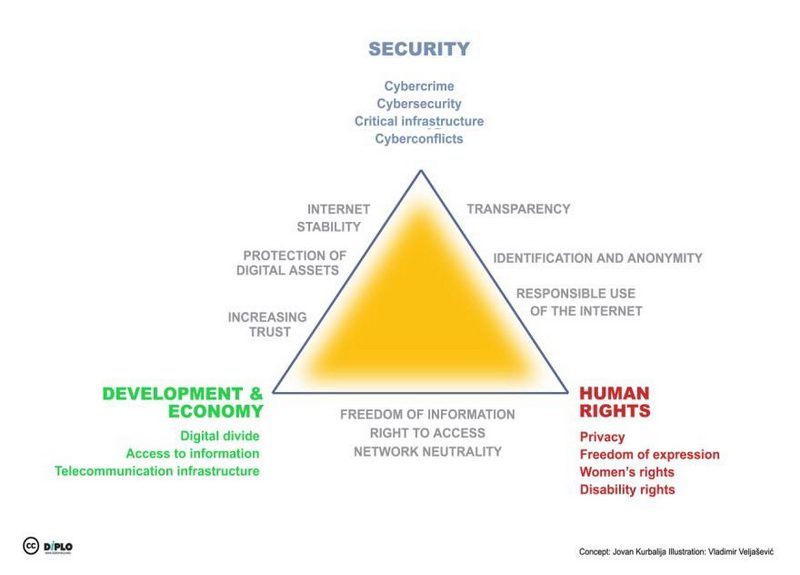 By following the three pillars of the UN, the Roadmap makes it easier to relate digital cooperation to the operations of the UN’s main bodies. However, the need for cross-cutting coverage of digitalisation will be supported by holistic capacity building and digital governance moving beyond the confined policy areas of development, peace and security, and human rights.

Our analysis of the Roadmap text shows that it is mainly centered on development. This has direct bearing on the 2030 Agenda for Sustainable Development.

Analysis is based on Diplo’s taxonomy of digital governance (over 50 policy issues and processes, grouped into 7 baskets)

Although a handful of SDG targets refer specifically to digital technology, the digital sphere and the potential of technology to achieve these targets are largely absent from the 2030 Agenda. The UN’s Roadmap fills this gap. In a way, the Roadmap, together with the High-Level Panel’s Report, introduces an 18th SDG, which adds an additional cross-cutting layer to the 17 existing SDGs.

While inclusion begins with access to networks, it only becomes meaningful if connectivity is affordable and if citizens possess the right digital literacy skills. The Roadmap proposes a baseline for digital inclusion that will bring forward more metrics and data to help achieve greater progress in digital cooperation and governance.

It also pushes for the inclusion of women, migrants and refugees, people with disabilities, older people, young people, indigenous communities, and others who are likely to be excluded from the benefits of digitalisation.

The Roadmap strengthens development efforts with digital public goods, regarded as key to achieving the SDGs. It also calls for a return to the early ethos of the Internet built around openness. The term ‘open’ is used on 22 occasions in the document and is used to refer to open source, open content, open software, open AI, etc.

The COVID-19 crisis has accelerated the search for digital governance solutions beyond existing technical, security, economic, and other policy silos. For instance, as governments and tech companies spare no efforts to establish digital contact tracing as a tool to contain the pandemic, they also must deal with a wide range of policy issues ranging from privacy protection to standards and security.

Currently, there is no single policy space on a global level where countries, companies, and citizens can come together to discuss tech developments – such as contact tracing apps – and also agree on common principles and regulations. In the absence of a defined global space, developed countries and big tech companies continue to engage in direct talks, while most developing countries and marginalised communities remain absent from these discussions and negotiations.

If the Roadmap proposals had to be implemented today, policy questions surrounding contact tracing apps would most likely land at the IGF Plus – one of the governance models proposed by the Panel’s Report and endorsed by the Roadmap as the model gaining the most momentum.

In a hypothetical scenario of answering calls for policy action regarding contact tracing apps, the IGF Plus would gather all directly concerned actors, including international organisations, tech companies, standardisation organisations, and research organisations, to bring all their expertise to the table. In a transparent and inclusive manner, open to member states and civil society, new policy approaches and recommendations can be relayed to the appropriate normative and decision-making fora as proposed by the Roadmap for the IGF’s improvements.

Actionable outcomes can be further accelerated by a high-level segment and ministerial or parliamentarian tracks as proposed by the Roadmap. To ensure true inclusiveness, a help desk can assist actors from small and developing countries in implementing the relevant recommendations.

This approach is clearly outlined in the EU’s AI White Paper that argues that existing rules and regulations in several areas (product safety, liability, consumer rights, fundamental rights, etc.) are already relevant to AI applications and could be used and improved to cover certain AI-specific risks and situations. In addition, the EU will consider new rules for high-risk AI applications that may pose significant dangers (for example) to public safety or consumer or fundamental rights (see more).

The Roadmap proposes – with many caveats – a statement on digital security and trust which would be negotiated by member states and endorsed by other stakeholders. Any advancement on a shared understanding on cybersecurity can increase trust. In addition, the UN Secretary-General reiterated his position for a global ban on lethal autonomous weapon systems (LAWS).

The Roadmap frames cybersecurity challenges in the development context, which is an often underestimated angle within global digital policy. An unsecure Internet harms the weakest parts of digital society, including developing countries and marginalised groups.

Apart from this, the Roadmap falls short of providing any further action points on security, including the broader involvement of relevant actors beyond Member States in future actions.

The Roadmap’s section on human rights consolidates what has been achieved at a policy level. It reiterates that human rights exist online as they do offline. It calls for due diligence of tech developers when it comes to their products’ impacts on human rights, reiterates that blanket Internet shutdowns by governments are against international human rights law, and outlines the current level of public debates on data protection, digital identity, surveillance and facial recognition, online harassment, the interplay between encryption and privacy protection, and content governance.

The Roadmap brought forward a new element for UN policy documents in which it clearly points to the social media platform business model of data monetisation as a structural cause of data privacy breaches.

The Roadmap bypasses the traps of tech-hype and associated tech-driven solutions. It is a promising sign of the organisation’s development of ‘tech-hype immunity’. It was not always like this. Three years ago, the UN – like many other actors – were considering blockchain as the silver bullet to many societal problems. In the most naive views blockchain was supposed to ‘automate’ human trust.

While blockchain can have some useful applications (e.g. supply chain management, voting), it cannot deliver on all promises and expectations. It is important to note that the Roadmap does not make a single reference to blockchain, while other specific technologies are sparsely referred to. This marks an important first step for the UN towards developing the UN’s ‘immunity’ against tech-hype. This resistance can help save time and funding, and ensure healthy and constructive enthusiasm about the use of technology for solving pressing problems of modern society.

Practically speaking, as illustrated by the Gartner Hype Cycle below, knowing when the tech-hype start is essential for reaching the plateau of productivity that allows for widespread acceptance and benefits of the technology in question. MOOCs, for instance, are making their way to the plateau of productivity after an 8-year long journey through the different stages accompanied by major financial and human investments. Following this first step taken by the Roadmap in avoiding ‘tech-hype’, in the next stage, lessons from recent hype-cycles (e.g. blockchain, AI, and big data) should be drawn and integrated into the UN modus operandi. 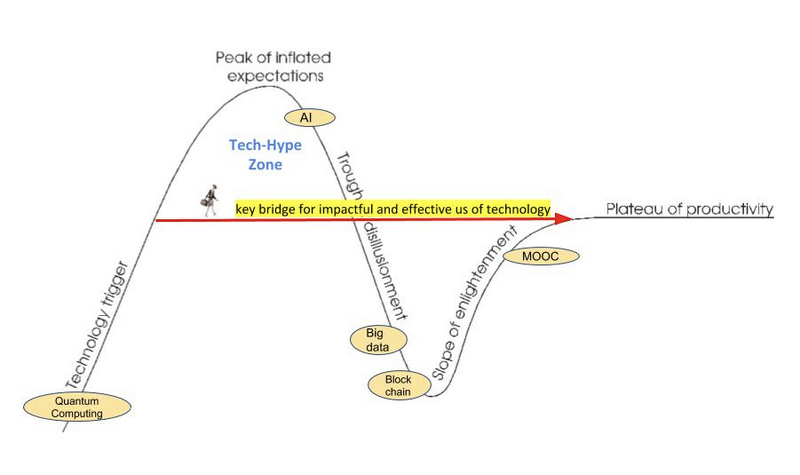 Next Steps between the Sprint and the Marathon

The Roadmap provides direction and the main signposts for the next steps on the journey towards a more inclusive, informed and impactful digital cooperation as we move into an increasingly uncertain future.

On this journey, we need to run a sprint (provide immediate solutions in response to the COVID-19 crisis) and a marathon (shape digital governance architecture that supports the 2030 Agenda).

On this journey, the ultimate test for digital cooperation as outlined in the Roadmap, especially in its governance aspects will be: who, where and how can answer the growing number of calls by countries, companies, and citizens for protection of their digital rights and interests? 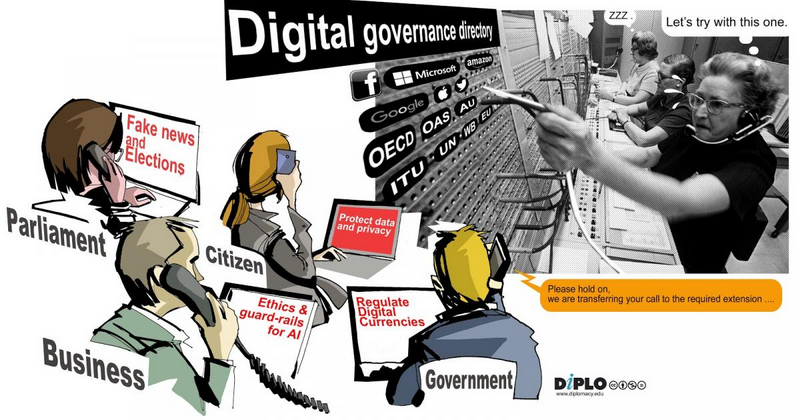 Going where the audience is: an insider’s view of Canada’s weiplomacy in China 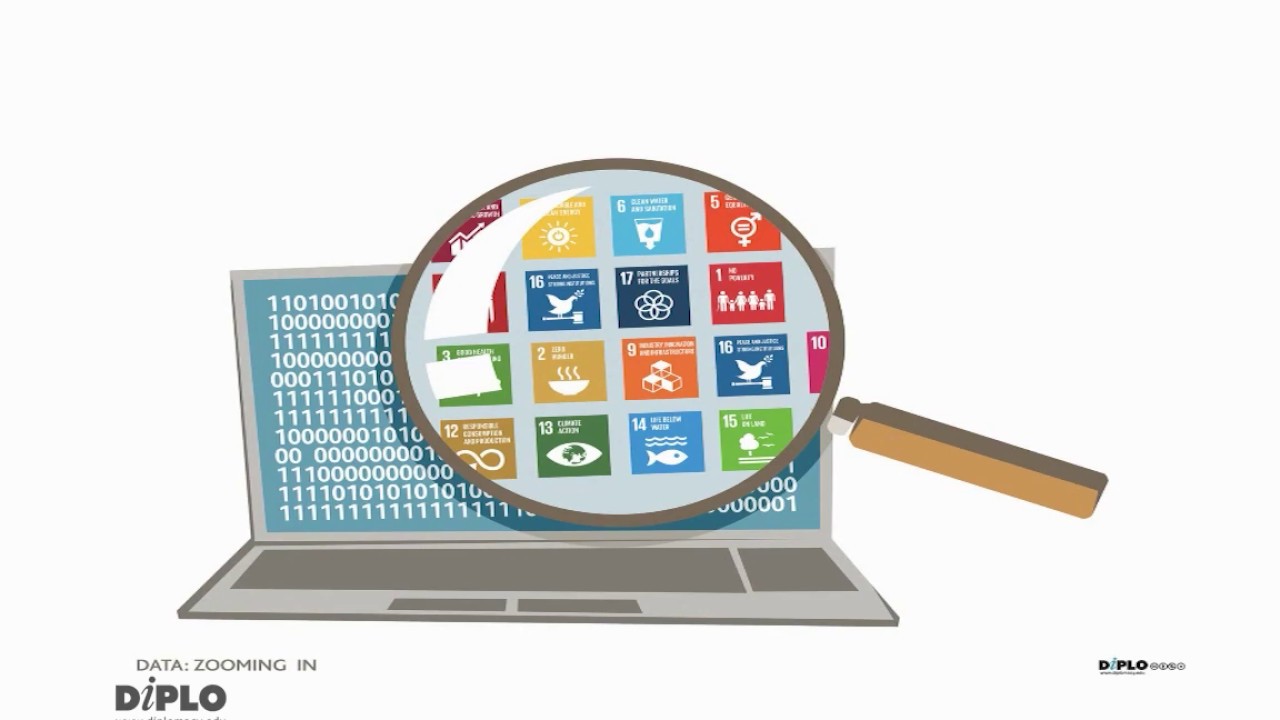 An honorary consul in the pandemicQ. Which London embassy needs 13 cultural attachés?
Scroll to top