You are here: Home1 / Cryptocurrencies and Bitcoin

The cryptocurrency story is a continuation of the long-running saga of economics, markets, and commodity exchange in human society. With the constant rise of the global network, we have witnessed many global services becoming widely accepted and in a way changing (by adding to) our experience of mutual interaction, for example global mailing services, Internet aggregators, social networks, and file sharing, just to name a few. In this global rapid exchange of information and goods, we as users are limited by different starting points, even if the process of Net neutrality still grants us an equal right to connect. We love to think about the Internet as a global equaliser yet  this is a hurdle whose height differs from user to user. Our experience depends on our connection, our regional infrastructure, and the different hardware we use to connect. 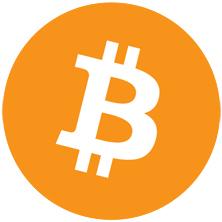 Simple intention drives this technological avalanche, based on financial and commercial competition (as is the case of regulated economies). In this struggle, the regulated market and the privacy of the affairs of financial actors are crucial. Fair and constructive financial institutions acting as intermediaries, are the safeguards of these principles.  In most cases these are  state regulatory agencies. But something has changed in the digital era.

To explain the story of Bitcoin (and other cryptocurrencies), we should travel back to 1993, when three people put together a paper on the main principles for online privacy and individual interaction in a new digital era.  This paper, later known as A Cypherpunk’s Manifesto, was written by Eric Hughes (a mathematician at University of Berkeley, California), Timothy C. May (an electronic engineer and senior scientist at Intel, till his retirement in 2003) and John Gilmore (an activist and one of the founders of the Electronic Frontier Foundation) .

These are the main principles of this manifesto and today they are attracting widespread support. This idea is possible by integrating mathematical protection, cryptography, at the core of people’s transactions. John Gilmore stated: ‘I want a guarantee — with physics and mathematics, not with laws — that we can give ourselves real privacy of personal communications.‘ This led to the development of the most prominent cipher protection online (HASH algorithmic functions) still used in every major online protection tool. It is used with slight variations on services like Facebook, in the exchange of top-secret government and military documents, and by PayPal.

Alongside the development of crypto protection, an increasing number of peer-to-peer networks were developed in order to connect people directly and allow them to exchange materials and digital goods. These large decentralised networks are not run by the most common client-server model, but instead their distributed architecture allows users to be both suppliers and consumers of resources.

Drowned by the idea of absolute privacy and the notion of decentralised networks, Satoshi Nakamoto  presented the idea of Bitcoin in 2008 as a decentralised peer-to-peer electronic system of payment.  In his paper on Bitcoin, Satoshi calls for a new ‘electronic cash that would allow online payments to be sent directly from one party to another without going through a financial institution’ (1). An extensive media search for who the anonymous Satoshi Nakamoto is revealed nothing. In recent years many entities have represented themselves as Satoshi, indicating that the idea of Bitcoin was that of a single person but rather of the Internet collective. On 3 January 2009, the first version of Bitcoin was released, introducing the founders’ unique invention: block-chain.

Let’s refer to the original documents: ‘What is needed is an electronic payment system based on cryptographic proof instead of trust, allowing any two willing parties to transact directly with each other without the need for a trusted third party… The only way to confirm a transaction is to be aware of all transactions.’(2)

Indeed the main invention of this cryptocurrency is to present the central ledger of all transactions: which is exactly what block-chain is. This open source software allows all peers in a network to verify every transaction ever made in Bitcoin and therefore serve as guardians to this central ledger. Nodes (as  peers in networks are known) work collaboratively with  little or no interaction between them, adopting  mutual ‘time stamping’  as  proof of transaction chronology.

This ‘ledger’ cannot be hacked unless all the computing (processor) power of honest nodes is less than that of unfair nodes. (As an aside:  today’s computing power of the block-chain network is larger than the computer power of all super computers combined, times three.)

Anyone can create cryptocurrencies by transmitting the solution for the previously unsolved mathematical-computational problem (using the proof-of-work system). All nodes work on this ‘problem’ and once the solution is found, that block is closed and all of the nodes move forward to the next problem (the next block in this chain). Nodes, or ‘miners’ as they called, are rewarded for dedicating their computer power to the safety of network. This reward is in the form of a specific number of Bitccoins and transaction fees paid by others.

There are many comparative advantages of this system of money creation and payments compared to the usual form of online financial transactions. Even though Bitcoin is not totally without transaction fees, they are minor in comparison to other online payment services. This allows global micro payments, one thing that can surely level the playing field for end users as mentioned at the beginning of our story. Sending $0.50 across the globe in a short time can indeed be more important for developing services and Internet business, than sending a picture across the globe, bearing in mind the ever-growing number of online services that rely on crowd founding. This was almost impossible using current online payment systems with existing transaction fees. Small and start-up companies can now sell their products across the globe, also previously difficult to do since currency conversion can be costly. A good example of this is explained in a video from the Geneva Internet Platform launch. 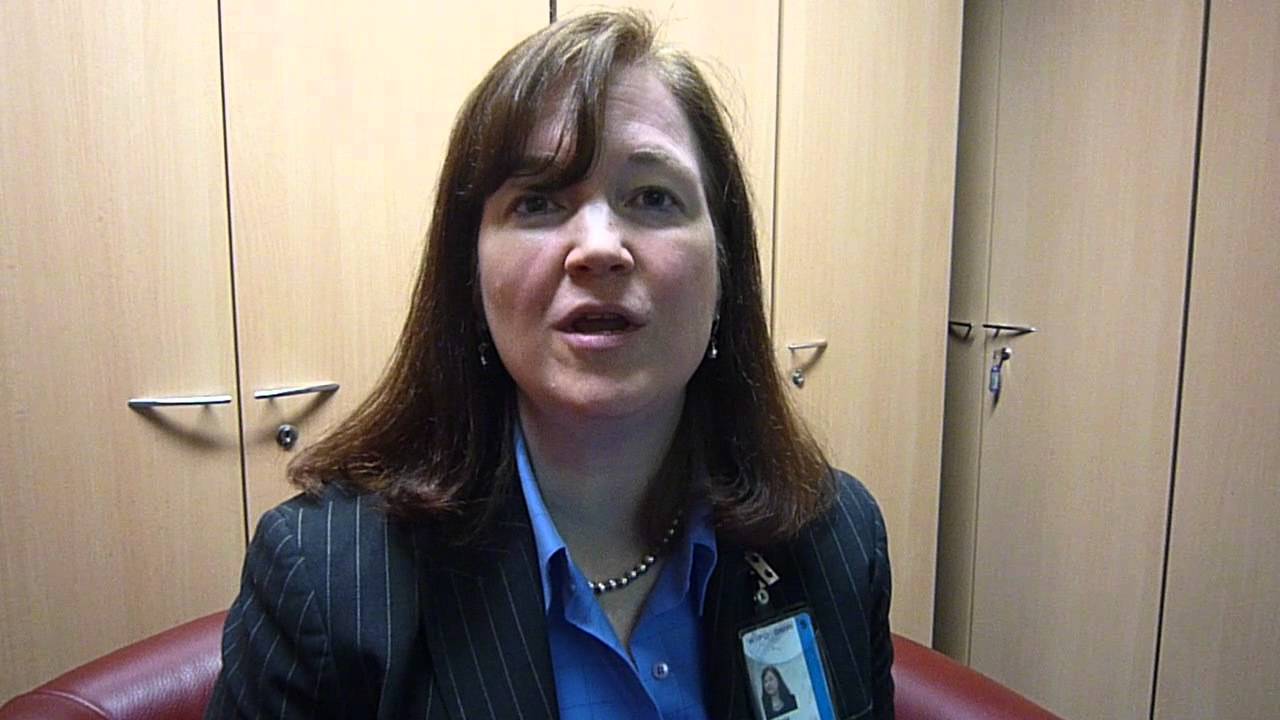 GIP launch, 2014: Gender and the Internet

We can think of Bitcoin as a chain of digital signatures, where payments can’t be intercepted by middle men; it is a place where developing countries can stand on an equal footing in the global market. In a world impacted by mobile access, many more people have access to the internet, than have a fast and fair offline payment service. Using one source (the Internet) to connect to a unique global financial system sounds like utopia but with cryptocurrencies, it is not far away.  The number of services that allow the use of Bitcoins has increased drastically in the past several years. Many worldwide services now accept Bitcoins as payment: from open-source science projects and non-profit education (Khan Academy) and social movements to music and file-sharing sites. It’s used by individuals to charge for their creative work online and is also how many donation sites work. Bitcoin’s total market share is estimated to be $4 billion. The main Bitcoin services have been developed for PC and Android platforms but as we said earlier, mobile access is an important part of its growing popularity. The largest mobile market (and the most lucrative one), Apple’s iOS, was excluded till recently. A few days ago, with the launch of the new mobile OS X ‘Yosemite’, Apple moved to allow approved digital currencies-based apps in its store, as long as they are in compliance with domestic laws and regulations.

These regulations differ from country to country, and in March 2013, the US Financial Crimes Enforcement Network (FinCEN) issued a new set of guidelines on a ‘de-centralized virtual currency’ clearly targeting Bitcoin. Under these new regulations, a user of virtual currency is not treated as a ‘money service business’ (MSB) and therefore is not subject to FinCEN control. Miners, when mining Bitcoin for their own personal use, aren’t require to register as an MSB or a ‘money transmitter’. This is not the case for the other services that use Bitcoin, such as money exchanges which charge fees for converting Bitcoins into ‘analogue’ currencies (dollars, pounds, euro, etc.). This lack of central authority to ensure supply and demand are balanced can, in the end, be both the strongest and the weakest part of the system since this makes Bitcoins ‘vulnerable to manipulation and speculation’. (3)

We are sure that many discussions and further regulations are to come in order to clarify and standardise cryptocurrencies ‘that lie somewhere on the boundary between currency, commodity and financial asset’ as described by analysts from Goldman & Sach’s.

We invite you to join our discussion on Friday, 13th June, 2014 at the WMO building in Geneva or join us online as a remote participant. We will discuss the various contexts such as privacy and security, economic, and other impacts on our digital society.

Some of the info taken from BitCoin Wiki

Bitcoin is at a crossroads. Should it scale up for the future or stay as it is?

Cloud collections: legal, scientific, and technical aspects of the digitisation of art

Humanitarian diplomacy learning for the Americas
Scroll to top