You are here: Home1 / Are phones still phones? [Guest blog]

A twenty-first-century behavioural culture shock often experienced is that of the difference in screening phone calls as opposed to picking up the phone, regardless of the setting.  I am used to playing ‘phone tag’: exchanging voice messages until I am able to reach the other person.  In my travels overseas, however, I have been in countless instances where we could be engaged in deep discussions during a meeting and my counterpart would momentarily excuse themselves to answer their phone, even if only to inform the caller that they were in an important meeting and would call back later.

Either approach has its respective advantages, particularly in terms of a work function.  While it can be unpleasing to be repeatedly interrupted during meetings, at the same time there is an appreciation for receiving someone’s phone call regardless of the setting, implicitly assuring them of their importance.

This difference comes up often in the business context, with situations similar to what a Canadian company, Metro Guide Publishing, was experiencing with their sales staff; they were sending emails to clients with their pitches rather than calling them on the phone (the employees all happened to be under the age of 35).  Other entrepreneurs lament their relatively younger HR staff’s preference for email interviews with potential hires, which has not yielded favourable results.

These experiences contrast with other companies who find phone calls are disruptive and burdensome and prefer to use emails, text messages, or social media as their primary forms of communication.  It is difficult not to notice that my conversations, be they in person or on the phone, are increasingly concluding with ‘just text me’.  With the advent and exponential popularity of social media, an increasing amount of socialising is being done through machines, particularly mobile handsets.  This begs the question whether the term ‘cell (mobile) phone’ – or even ‘phone’ – is now obsolete.

A 2011 Pew Research Centre study found that a clear majority of American adults own a cell phone and use it for text messages, particularly in the case of younger users.  According to the CTIA, wireless data traffic in the United States almost doubled to 1.468 trillion megabytes in a span of twelve months in 2012, whereas the annual minutes of use nudged slightly to 2.30 trillion during that period.  The Cisco VNI Global Mobile Data Traffic Forecast Update reported significant increases in mobile data traffic in Korea, China, Japan, Australia, and Italy in 2012, as well as globally, with mobile data traffic on our planet being almost twelve times the size of the entire global Internet in 2000.  With this trend expected to continue, global media traffic should be about 75 exabytes annually by 2015. 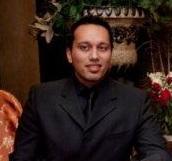 Social media and mobile technology are excellent tools for diplomats to advance their capacity of networking and maintaining relationships and should be used as such.  However, speaking on the phone continues to retain its own value as well, whether in developing relationships, facilitating commercial deals, or gathering intelligence.  Of course, nothing trumps a face-to-face meeting, especially while sharing some delicious edibles; it may be traditional, but as the adage goes, if it ain’t broke, don’t fix it.

[This is a guest blog by Dr Shujaat Wasty, a Senior Learning Advisor with the Canadian Foreign Service Institute at the Department of Foreign Affairs, Trade and Development Canada.}