You are here: Home1 / Herding Cats: Multiparty Mediation in a Complex World

This massive book is divided into three main parts, each of the chapters in which is a case study of a particular mediation written by an individual who played a key role in it. The three parts correspond roughly with a central concept of the book, the 'conflict cycle'. Thus the first part deals with cases of conflict prevention and management, for example 'Canada and the Crisis in Eastern Zaire' (Gordon Smith and John Hay). The second covers instances of the ending of violent conflict, such as 'The Road to Madrid' (James Baker). And the third treats cases of settlement and implementation, for example 'The Oslo Accord' (Jan Egeland). Each of the chapters is preceded by a summary of the background to the conflict in question, providing a list of the major actors, important dates, key agreements reached, and principal outcomes.
Resource type
Author
Year
File
Book Reviews
Geoff Berridge
1999
Link

According to the editors of this book, ‘multiparty mediation’ refers to ‘attempts by many third parties to assist peace negotiations in any given conflict’. Though not a new phenomenon, this certainly has been a prominent feature of international mediation in recent years. It has also long been clear that multiparty mediation may well bring disadvantages as well as advantages, and that it always produces a need for co-ordination. However, the world being what it is, achieving this is as difficult as ‘herding cats’, as the editors of this book suggest. It is because it seeks not only to understand this subject but also systematically distil practical lessons from a vast range of recent experience that their book is important. Having said that, it is perhaps in the rich and extensive primary source material contained in the ‘practitioner’ chapters (themselves full of general reflections) that the real value of this work lies, rather than in the general analysis with which it is introduced and concluded by the editors. This general analysis, while in parts suggestive, itself bears the marks of having been painfully negotiated. Chapter 3, which appears to be little more than elaborated minutes of an ‘informal one-day meeting’ of some of the contributors, can be safely ignored.

The editors are immediately in trouble with their concept of multiparty mediation, which is surely far too elastic. Thus mediation is not only ‘multiparty’ when two or more mediators are simultaneously involved in a mediation exercise, and however significant their involvement. It also merits this description if they participate one after the other or, as they put it, ‘sequentially’. Mediation is even ‘multiparty mediation’ if the mediation is conducted by a ‘composite actor’ such as an intergovernmental organization (for example, the UN) or coalition.

This version of multiparty mediation is shot through with problems. Even the notion that it embraces simultaneous assistance to a mediation by two or more parties is not straightforward. This alone covers three distinct possibilities: first, unco-ordinated, competitive mediations, in which rival brokers seek the sole ‘contract’, as in the early stages of the Sino-American rapprochement at the beginning of the 1970s; secondly, collective mediations, in which responsibility is formally shared between equals (the ‘contact group’ approach); and thirdly, a mediation charged to one party which is nevertheless supported by a group of ‘friends’. It is consistent with customary usage to describe the first two as examples of multiparty mediation, though the differences between them are considerable. But as for the third, which is obviously the mode of mediation that the editors (rightly) prefer, if the ‘cats’ are successfully ‘herded’, to what extent is this still a ‘multiparty’ mediation? Chester Crocker now modestly refers to the Angola/Namibia mediation that culminated in 1988 as a ‘multiparty mediation’, though, as I recall, he didn’t use this language at the time, when he was US Assistant Secretary of State for African Affairs and had acknowledged leadership of these highly successful negotiations. On this point, I am more inclined to agree with Alvaro de Soto, whose acute, succinct, and sometimes droll account of his role as the UN Secretary-General’s personal representative in the successful mediation of the civil war in El Salvador is one of the gems of this collection. When the parties to a conflict give a single body responsibility for taking the lead in its mediation, such a mediation remains a single mediation, he notes, however well supported it is by other third parties. To call the last kind of mediation a ‘multiparty mediation’ not only obscures the vital difference in influence between the lead state or organization and the other third parties but encourages belief in the very chaos that the editors of this volume are themselves so anxious to eliminate. He adds that collective mediations, which certainly are multiparty mediations, usually do not work.

The notion that ‘sequential’ mediation is multiparty mediation as well also leaves me uneasy. This is because there is a world of difference between successive single attempts to mediate a settlement to a conflict that are random and unconnected, and those that consist of deliberate ‘hand-offs’ by one mediator to another. It is true that it is the latter circumstance that the editors appear to have chiefly in mind, especially when the hand-offs occur at watersheds in the life cycle of a conflict when different kinds of mediator may be more appropriate. (This is illustrated in this book by the chapter on Haiti in the early 1990s. Here, responsibility for the mediation started with the OAS, then shifted to the UN, and finally – when the threat of real force seemed necessary – came to rest with the United States.) It seems reasonable to describe this as multiparty mediation. But the point is that not all ‘sequential’ mediation is ‘multiparty mediation’. If it were, the concept of single mediation would be virtually obliterated.

As for the idea that mediation by a ‘composite actor’ like an intergovernmental organization is by definition multiparty mediation, the trouble with this is that it assumes what has to be proved. It is certainly an accurate description of a mediation in which leading members of an intergovernmental body in practice play an active role and its secretary-general becomes little more than another member of the team. This seems to have been the case with the OAS role in the Haiti crisis already mentioned, when seven foreign ministers plus a senior State Department official and the OAS secretary-general jumped on a plane from Washington to Port-au-Prince and ‘cobbled together’ their negotiating strategy during the flight (p. 393). However, where the United Nations is concerned, Alvaro de Soto firmly and convincingly rejects the notion that mediation conducted by the secretary-general or his representative is ‘multiparty mediation’ simply because it operates under the authority of the fifteen member Security Council. ‘The Security Council’, he tells us, ‘sometimes lays down principles and parameters for negotiation, such as, for example, those that guide the secretary-general in the Cyprus talks. But it rarely involves itself in the nuts and bolts, which as a practical matter must be the domain of the secretary-general acting somewhat as the United Nations’ agent. The Security Council, when it comes to conflict resolution by negotiation,’ Alvaro de Soto concludes, ‘is board rather than manager, certainly not micromanager’.

Multiparty mediation, then, is probably best defined as mediation in which two or more parties are significantly involved, whether co-operatively or competitively, and in which none is formally the acknowledged leader. If their activity is co-operative, the mediation may be simultaneous or sequential; if competitive, it must be simultaneous. What is the balance sheet of multiparty mediation discernible from this book? On the plus side, different kinds of third party have different assets and their willingness to come forward thus maximises opportunities to ‘gain entry’ to a conflict. Related to this, multiparty mediation can bring great pressure to bear on the parties to settle their differences – and observe any agreement reached. It can also make it easier to re-shape the regional or even global situation in a manner conducive to settlement of the local conflict in question. In so far as multiparty mediation embraces track two mediation, it can also help to build ‘supportive constituencies within society’. On the negative side, multiparty mediation can cause confusion and thereby invite ‘forum shopping’. In the transitional period between conclusion of an agreement and its subsequent implementation, hand-offs from one third party to another are invariably plagued with misunderstandings and conflicting interpretations. Finally, where a multiparty mediation is genuinely collective, ‘diluted responsibility’ may lead to ‘buck passing and blame avoidance’.

I wish to argue with no part of this balance sheet because it is in light of this that the editors conclude that leadership in any mediation is essential and ‘multiparty’ support for it extremely valuable. These conclusions rest on well established axioms of politics. Perhaps it is because the editors are American and because in the modern world American leadership proves so often to be necessary to conclude a mediation successfully, that they are just a little diffident at expressing the first of these axioms in the positive manner that it demands. Thus, what they say only indirectly is that the clear allocation of responsibility to one party alone is uniquely energizing. This is because not only will it take all the blame for failure but all the credit for success. The trouble is that by arguing in this fashion they are arguing for single party rather than multiparty mediation. Perhaps the only effective ‘multiparty’ mediation is an orchestrated sequence of single mediators.

To End a War 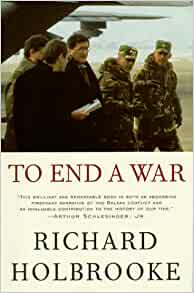 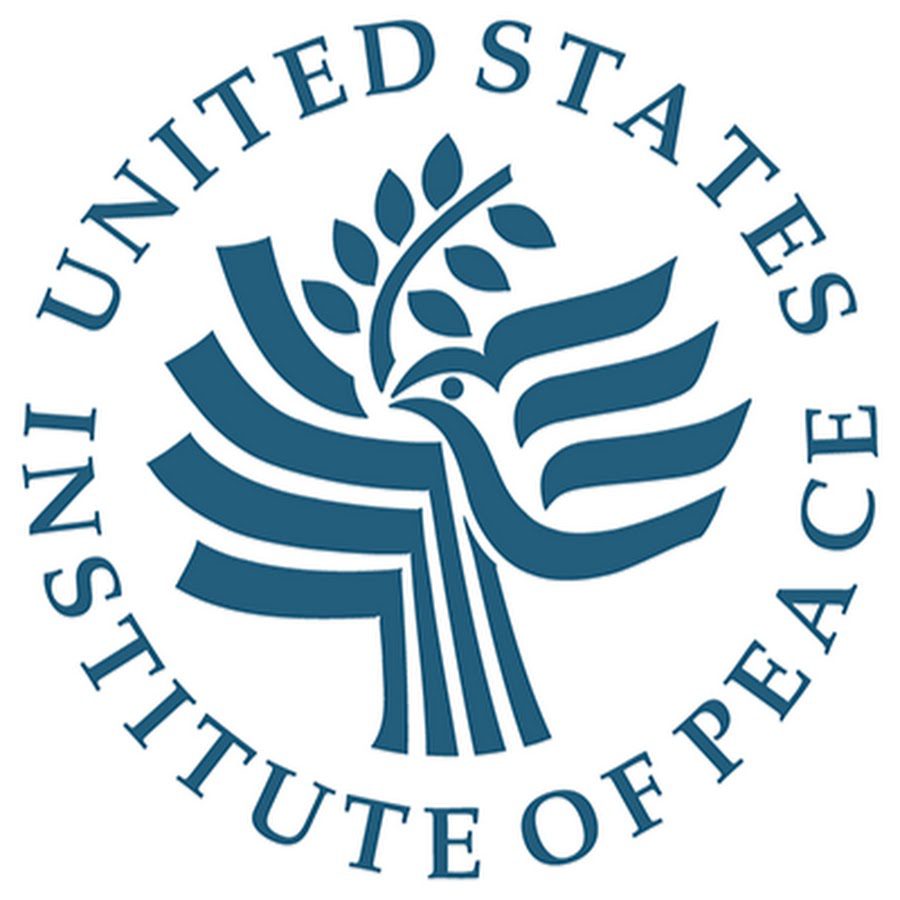 The Role of Nigeria in Restoring Peace in West Africa

Remmy Nweke attempts a search into the rationale behind Nigeria‟s decision to make Africa the cornerstone of her foreign policy. ... Read more...