You are here: Home1 / Ten Years of Cybercrime Convention in Geneva

Ten years have passed since the Council of Europe's Convention on Cybercrime was opened for signature in Budapest. To mark its 10th anniversary, an interactive discussion will be held on Thursday, 24th November, 11 a.m. – 1 p.m., at the Palais des Nations (Conference Room V) in Geneva.

The discussion will be moderated by Dr Petru Dumitriu, Permanent Observer of the Council of Europe.

To register for the event, please send an e-mail to bureau.geneve@coe.int

The Convention on Cybercrime was open for signature by the member states of the Council of Europe and by non-member states which had participated in its elaboration, in Budapest, on 23 November 2001. It entered into force on 1 July, 2004.

The Convention is the first international treaty on crimes committed via the Internet and other computer networks, dealing particularly with infringements of copyright, computer-related fraud, child pornography and violations of network security. It also contains a series of powers and procedures such as the search of computer networks and interception.

Its main objective, set out in the preamble, is to pursue a common criminal policy aimed at the protection of society against cybercrime, especially by adopting appropriate legislation and fostering international co-operation.

The Convention is the product of  four years of work by Council of Europe experts, but also by the United States, Canada, Japan and other countries which are not members of the Organisation. It has been supplemented by an Additional Protocol making any publication of racist and xenophobic propaganda via computer networks a criminal offence. 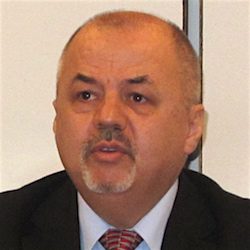 Online Course on Humanitarian Diplomacy at the General Assembly of the Red Cross...

Panel on Fraud and other abuse of Emblems (Red Cross/Red Crescent) on the I...
Scroll to top