You are here: Home1 / Science Diplomacy in 2022: More Cooperation or More Division? (WebDebate... 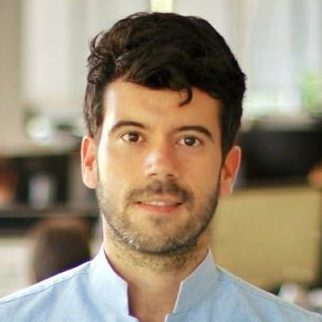 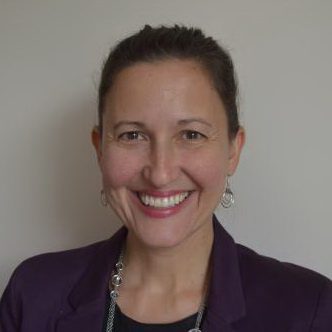 Science diplomacy offers many tools to foster collaboration among states and other stakeholders. In this way, the practice can lead to increased mutual understanding and ultimately to more peaceful international relations.

History is full of examples of unexpected cooperation between rival countries. Despite the ongoing Cold War and the ‘space race’ between the USA and the Soviet Union, the two countries also managed to cooperate in space, leading to the famous ‘Apollo–Soyuz handshake’. Another more recent example is SESAME (Synchrotron-Light for Experimental Science and Applications in the Middle East), an experimental facility in Jordan, whose founding members include Bahrain, Cyprus, Egypt, Iran, Israel, Pakistan, the Palestinian Authority, and Turkey.

Yet, practitioners and scholars have pointed out that science diplomacy does not automatically lead to more peaceful relations between countries, and that international cooperation to reach common goals cannot be taken for granted.

Together with our speakers, Dr Kimberly Montgomery (Director of International Affairs and Science Diplomacy, American Association for the Advancement of Science (AAAS)) and Mr Alexis Roig (CEO of SciTech DiploHub and Barcelona’s Chief Science and Tech Envoy), we want to unpack this debate and explore expectations for 2022. We will discuss:

Dr Kimberly Montgomery is the director of International Affairs and Science Diplomacy at the American Association for the Advancement of Science (AAAS). In this role, she advises on bilateral and multilateral relationships and manages the AAAS Center for Science Diplomacy. She also serves as the executive editor of the policy journal Science & Diplomacy. She has worked in science policy and international affairs in the USA and Austria. In Austria, she managed and advised on international relationships for the International Institute for Applied Systems Analysis (IIASA) and was a scientific consultant for the International Atomic Energy Agency (IAEA). Her US experience includes six years at the US House of Representatives as professional staff for the Committee on Science, Space, and Technology, and as a legislative assistant for Representative Rush Holt (NJ-12). Directly prior to joining AAAS in 2021, she was a senior programme officer at the Nuclear Threat Initiative (NTI) in the Scientific and Technical Affairs programme.

Mr Alexis Roig currently serves as CEO of SciTech DiploHub, the leading international think-and-do tank working at the intersection of science, technology, and foreign affairs. He also serves as Barcelona’s chief science and tech envoy, and is a professor at the University of Shanghai for Science and Technology (USST), associate researcher at the Barcelona Centre for International Relations (CIDOB), associate professor at the Pompeu Fabra University (UPF) and the Barcelona Institute of International Studies (IBEI). He has over 10 years of experience as a senior advisor on science diplomacy for ministries of foreign affairs and science of governments across Asia, Europe, and Latin America.

Looking at the last few years, some trends in science diplomacy can be identified:

There have been a lot of developments at regional levels, especially in Asia.

Governments are increasingly focusing on science diplomacy and evidence-based foreign policy, for example, in climate change.

Science and technology are gaining significance in foreign affairs given the move of global challenges and scientific issues such as environmental concerns from the sidelines to the centre.

Despite a growing nationalistic tendency in response to the global pandemic, there has been a definite increase in global science diplomacy activities and collaboration.

It is important to recognise the role of cities in science diplomacy. Cities such as Barcelona, Spain have become increasingly active by appointing dedicated science diplomacy representatives and drafting related strategies.

Emerging technologies are increasingly at the forefront of science diplomacy policies and cooperation. They pose a unique challenge in unknown risks and national security implications. We have seen rising tensions between states in discussions about emerging technologies and dialogue has become all the more important regarding artificial intelligence and the use of autonomous lethal weapons.

The discussion in the chat also pointed out possible shifts resulting from increasing mistrust between different actors, the effects of mis- and disinformation, and the spread of fake news.

In times of tension between countries and situations in which diplomatic ties are severed, science diplomacy has a vital role to play. Examples include strains between  Cuba and the USA,  and North Korea and Western countries. In cases like these, however, science diplomacy also faces the challenge of navigating sanctions regimes.

Considering recent development, some chat participants wondered whether science diplomacy has lost its innocence and whether we should let go of the notion of creating a more peaceful world via science diplomacy. The debate also highlighted that the vagueness of the term science diplomacy itself might pose a challenge going forward, if it is not clear what is at stake, and what common objectives are. Overall, science diplomacy seems to work best when it focuses on shared challenges, such as climate change. Especially then, it offers powerful tools to build and maintain relationships and trust while investing in the long-term improvement of relationships.

Our WebDebates on the future of diplomacy are live-streamed on the first Tuesday of every month. They are organised by Diplo within the framework of the International Forum on Diplomatic Training (IFDT). Learn more about our WebDebates series.

[Briefing #83] The digital side of conflict: sanctions, freedoms, and the global...[Briefing #85] Content policy & policing | Crypto in danger
Scroll to top